What are these robots in the Matrix?

What are these robots and what do they do?

They are in the scene where the human babies are grown by the robots. They don't look mechanical,but I am guessing that they are part of the process for making humans, maybe cleaning robots.

There's actually a bit of backstory to these little critters that didn't make it into the film. In short, they're robotic parasites.

Barrow: Larry and Andy [Wachowski] talked about how the creatures were constantly changing and shimmering as in this drawing, where there's a lot of little robots crawling all over the Fetus Stalk, like arachnids

Amongst these robots, there's a sort of pecking order. This doesn't fully come across in the movie, but it's part of the backstory Larry and Andy have come up with. Some of the robots are bad and are actually siphoning off energy, so other robots come along and pick them off.

They also talked a lot about there being a bit of prejudice amongst the robots, those that have developed less than humanistic forms look down on the ones with a vestigial human appearance 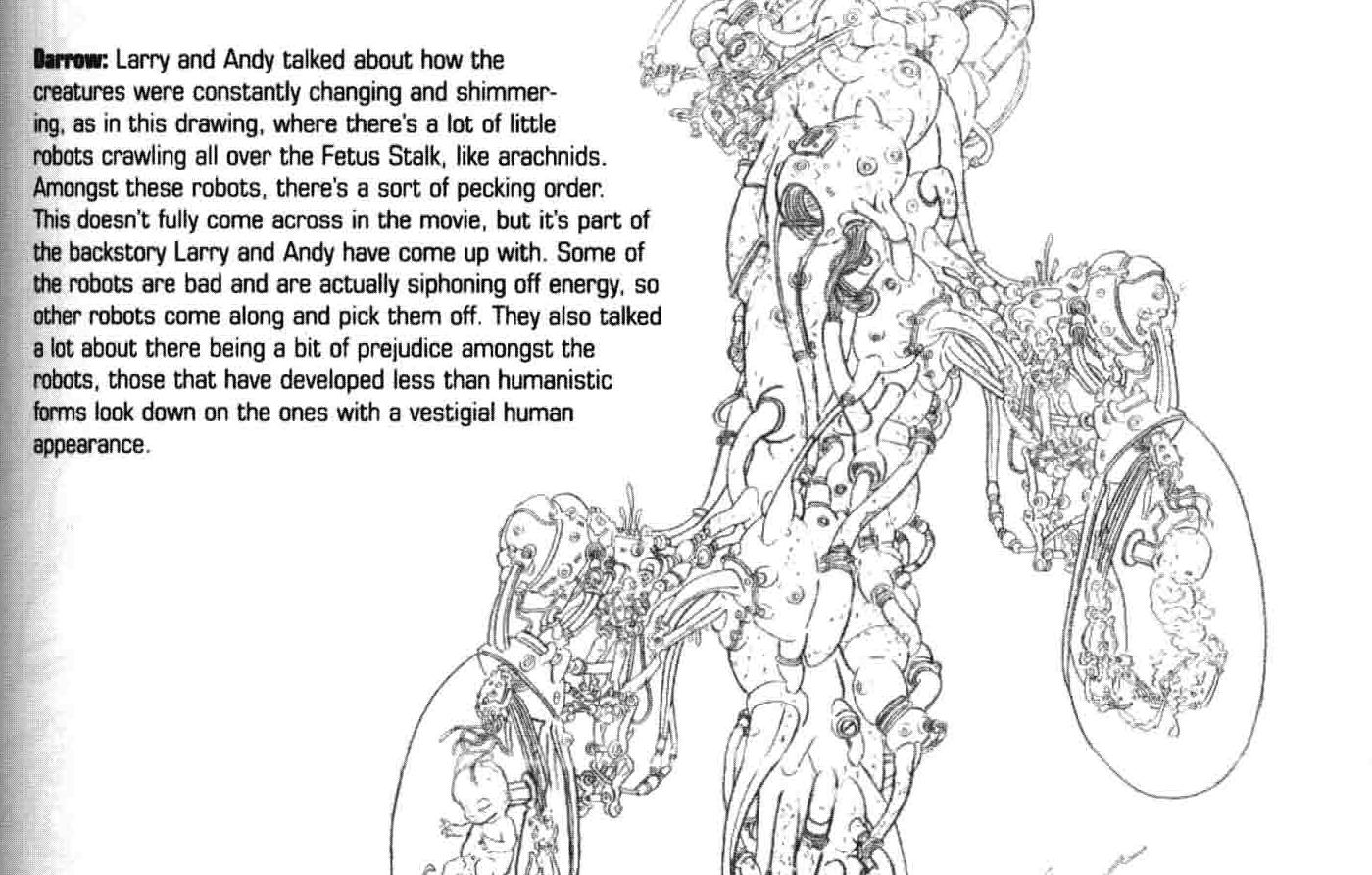 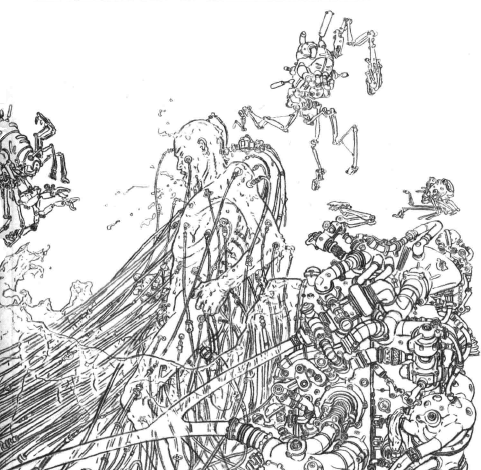 Images from 'The Art of the Matrix'

Not the answer you're looking for? Browse other questions tagged movie the-matrix or ask your own question.

25
In the Matrix, what happened after the humans and the robots formed a truce?
19
How do Machines Breed Humans in “The Matrix”?
52
Where Do Babies Come From (In the Matrix, That Is)?
44
Was executive meddling the cause of “humans as batteries” in The Matrix?
35
What are the machines in the Matrix doing?
10
Are the pod-born humans of The Matrix universe sterile?
4
Do we know how the Matrix started?
3
Old sci-fi movie: humans on a starship asking robots simple math questions, robots would burn if they didn't know the answer
3
What was the first depiction of Robots/Androids performing faster than humans in movies?