I’m looking for a book I read in middle school, about 15 years ago. It’s about a boy who lives in present day who is woken up at night by his doppelganger from the past. He is very sick and asks to change places with him so he can get the medical help he needs. In the meantime, the kid from present day goes back in time and pretends to be the other boy. They go back to their original times at the end of the book. Trying to find it so I can have my son read it! 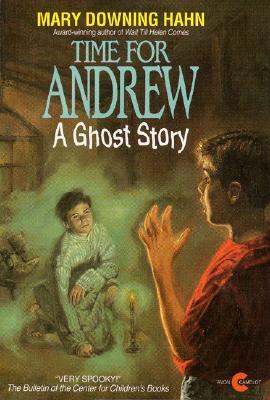 This book was first published in 1994. According to the description on Goodreads:

Aunt Blythe’s house gives Andrew the creeps – full of dark rooms, creaky noises, and the sound of a woman sobbing somewhere in the shadows. Then, in the middle of the night, Andrew awakens to find a boy standing in his room…a boy who is Andrew’s double, except he looks as if he’s come from the grave. He wants to follow him – to a place where he will meet the spirits of long-dead ancestors…a place from which Andrew may never return.

On the threshold, a boy appeared. Except for the white nightshirt he wore, it might have been me. For a moment, he leaned against the door frame, struggling to catch his breath. When he stepped away from the wall, he tottered and almost fell. I heard him mutter something that sounded like drat.

His double wants to stay in modern times to be cured of diphtheria:

“Modern medicine can cure just about anything.”

Andrew clutched my arms. “Call a doctor,” he begged. “I’ll take the medicine no matter how bad it tastes. Then, when I’m well, I’ll—”

They switch places, with the modern Andrew going to the past:

As she spoke, the air around me darkened and thickened. The floor tilted and began to spin round and round, faster and faster. To keep from falling, I reached out and grabbed at things, but they whirled away from me as if they had no substance. Which way was up? Which way down? The world was tumbling and so was I.

My ears roared, my head ached, my heart pounded, I couldn’t get my breath. Dying — I was dying of diphtheria. Andrew had tricked me, he’d traded my life for his. Too dizzy to stand, I plunged into a terrible whirling blackness.

11
Looking for a fantasy love story with time travel
8
Book about time travel to the Eruption of Vesuvius era
6
SciFi / fantasy book from 80s about Jesus, present-day New York, time travel and the Dead Sea scrolls
13
Time traveler asks archaeologist for help in transporting a girl from dinosaur Earth to present day
15
Old short story about time travel: not physical, just as onlookers
1
Young adult book about telepathy across time
3
Young adult book about the teenage son of a powerful superhero, who went to a school for superpowered kids
4
Time travel book series with a shark sky pirate and a group who call themselves emperors