Why was Rand not able to heal Tam in The Eye of the world?

In the Eye of the World, Edmond's Field is attacked by Trollocs, and the housed of Rand, Mat and Perrin are attacked exclusively.

In the attack, Tam is injured and Rand has to drag him in the litter overnight. He reaches the village, but Nynaeve declares that she will not be able to help him. However, Morraine was able to heal him.

Later in the book, we learn that Rand is infact, The dragon Reborn and he can channel. Morraine concludes this to be true since Rand healed Bela because he was worried about the horse falling behind.

Why was he not able to heal Tam? He was worried sufficiently and fairly desperate. In the later books it is shown that he did much greater feats of channeling without knowing how.

In The Eye of the World, when Tam is wounded, Rand has not yet started channeling, at least not in any viable way. Washing away Bela's fatigue was very simple and required little power compared to actually healing someone with a serious wound and infection and it didn't happen until after he had left Emond's field. In fact that was probably the first time that he actually channeled.

"It is during this journey that hints are given that Rand can channel; when he gets goose bumps on his arms when Moiraine channels near him and when the group are healed from their fatigue but Bela is perfect as Rand already healed the horse (for which he suffers a bout of reckless bravado with a trio of Whitecloaks). His first big use of saidin is when the Darkfriend Howal Gode tries to attack Rand and Mat. Rand blasts a hole in the wall, blinding Mat temporarily. He then suffers flu-like symptoms after this heavy use of the One Power." 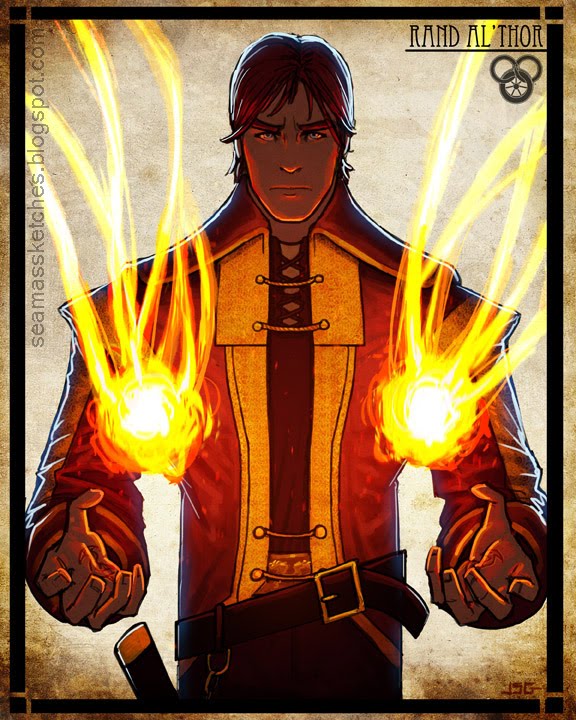 Even Nynaeve, who was an accomplished healer in her own right and had been unknowingly using the One Power for some time as a wilder could not heal Tam.

"She had been the youngest Wisdom the Two Rivers had ever had, and one of the most successful. She was said to be able to cure ailments no other Wisdom ever could and wounds that would leave a man maimed for life were sometimes gone without a scar [verify]. She was the only Wisdom in the Two Rivers within the span of the books who can truly Listen to the Wind." 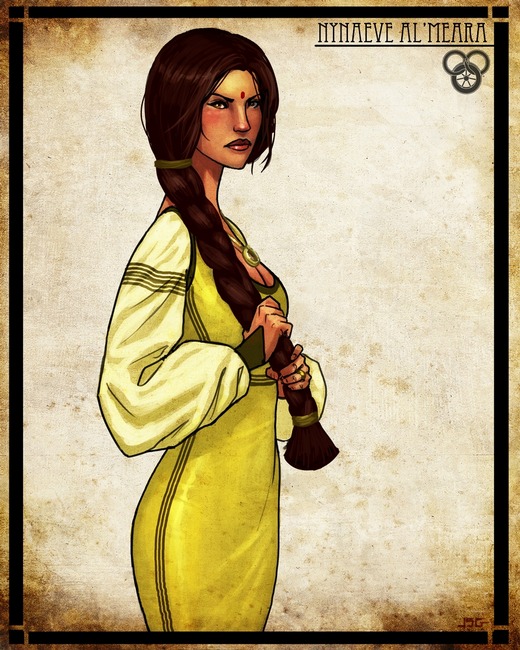 So it stands to reason that at that time he did not have the power to heal his father no matter how worried or desperate he was and only later was able to perform great feats without understanding how.

I hope this answers your question. Link to my info source below. Tai'shar Malkier!

in one of the books Rand specifically says that Lew's Therin has little talent as a healer; in fact, even though he is as strong as a man can be in the One Power and can split his flows more ways than anyone except Egwene (12 for him, 14 for her) he is never mentioned as having any Talents.

Don't take for granted how tough it is to channel without any training. Rand manages to channel lightning in Four Kings in tEotW out of sheer desperation. It was life or death. And still, even after his sickness that follows, he didn't know what he did, nor could he repeat it. He doesn't actually consciously know how to channel until Asmodean trains him in tSR. And even once he's trained, he doesn't know how to heal. In fact, the only time he even tries to heal is when he tries to heal the serving maid of death with Callandor at the beginning of tSR (and obviously he fails). It doesn't seem to be one of his talents. Even when he "breaks" and becomes one with Lews Therin, gaining all of his skill and knowledge, he doesn't heal. Perhaps his prolonged proximity to Bela inadvertently sapped her of fatigue, but Moraine never explains how he was able to do that. But, even so, Tam wasn't fatigued. He was severely injured. Even if Rand had somehow managed to do the same with Tam as he had with Bela, healing his fatigue wouldn't have done much.

I believe the imperfect healing of Tam by Morraine was on purpose.

Morraine needed Rand to agree to leave the Two Rivers with her. I believe she could have healed Tam to full health no problem, but did just enough to make him recover but stay asleep. This was so he couldn't interfere with her plans.