Why do this character’s powers appear reduced?

In previous episodes of Agents of S.H.I.E.L.D, Daisy Johnson (a.k.a. Skye or Quake) has demonstrated significant powers of sound manipulation. She was able to produce a radial shockwave that knocked down trees and reflected bullets. Of course, this might have been a significant exertion (which, as we know, can cause Daisy painful microfractures), and not the sort of thing she could safely replicate. Nonetheless, she was able to provide significant resistance to the Inhuman Lash (who is very large and strong), knock a small jet off a boat and into the ocean without much trouble, and recently has even

demonstrated the ability to propel herself from the ground using sound waves.

That’s all as of the end of Season 3.

In Season 4, though, things seem different. In particular, in her first two fights with

(the main opportunities we have had thus far to see her employ her powers) she has seemingly been stymied by much smaller tasks.

Because using her abilities harms her / is incredibly painful.

It was shown in Season 3 that using her powers causes "micro-fractures" in her bones. Eventually, Simmons created "gauntlets" that minimized the damage caused (but not eliminated it AFAIK). 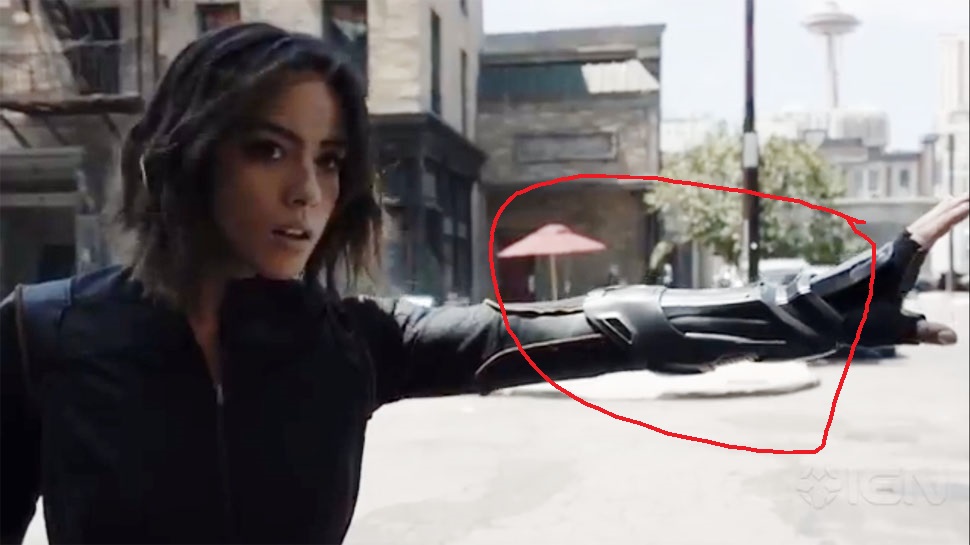 Daisy/Quake apparently no longer has those gauntlets and, instead, is relying on S.H.I.E.L.D. drugs for "rapid bone healing" to repair the damage.

The drugs are secretly stolen from S.H.I.E.L.D. by YoYo who is helping Daisy unbeknownst to the major team characters. 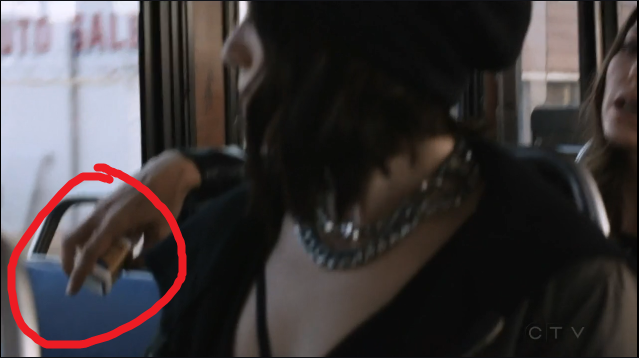 So, Daisy's powers are still the same level but she's consciously keeping them in check so as not to harm herself unless necessary.

Daisy doesn't have the power of sound, she has the power of matter vibration manipulation. Everything is made of matter, from the air to the earth itself. All matter has a unique vibrational frequency. Daisy has the power to literally listen to those vibrations (Only example of this actually shown, she physically listened to the mountain she 'moved') and also the power to affect those vibrations. Its why she was able to control the facet water, affecting the matter frequency to control the motion of the matter enabling her to spiral the stream of water.

This is why she can push targets, or tear them apart or just outright manipulate their movements. Because shes affecting the natural vibration of matter, controlling how they vibrate (or just disrupting that vibration all together in the case of destructive use of the power).

The micro-fractures come from over use. It derives from moments of lack of control, usually found when heavily and spontaneously exerting herself. (Also happens when those 'Quake-Funnels' are directed back at herself, like Kamehameha-prepping by quake-funneling her own palms for compressed force. E.I. fight against the I.E.D.)

During her time away from shield, Daisy was at an extreme low. She wasn't suicidal, that implies she had the intention of dying. The difference is that she simply stopped caring if she did die, feeling an undue weight on her conscience as she roguely fought to better the world, more specifically, fought for redemption. She could have and did push the shelving off of herself but I believe she had only just restocked on the bone medicine around that time and would likely still have micro-fractures throughout her arms by that point. So, accepting of the idea of death in this false sense of deserving it combined with a moment of being pinned and vulnerable to defeat, combined with still mending arms (that were broken again by a super-strength bashing of that giant monkey wrench down onto her defensively held out arms), combined continuous Quake-Funnels (just focused on keeping from being crushed, rather than focused on actually removing the obstacle in a quick-shot) resulted in her emotional submission. Shes one of the MCUs more powerful characters and found herself emotionally vulnerable and physically compromised.

But yeah, as you've already acknowledged as probable, Daisy's still as powerful as she's ever been. Its her careless exertion that has decreased. Those gauntlets absorbed the mass majority of the rebound (what causes the micro-fraction. Not canonically confirmed but feels pretty obvious from my own obsessive standpoint). I actually think they absorbed more than 90 percent, but I cant remember the exact number. So they allowed her to exert a lot more of her power without it being careless to do so. (I suspect in the case of the Mountain example, the distance was too great to worry about even without the gauntlet. The fact that she actually listened to the mountain is another likely variable as we never see her stop and listen)

Plus in addition to the increased care and tact in her powers, Daisy doesn't let her powers define her and doesn't utilize them as a go-to crutch anymore. Sure proudly identifies as Inhuman but thats in terms of species not in terms of personal identity. Shes equally proud in the skills she gained from her Shield Family and relies on her own wits and training before resorting to powers. We've been watching her grow into the focus of the show, and likewise have watched her grow into her own as a person. She is Daisy Johnson.

Not the answer you're looking for? Browse other questions tagged marvel-cinematic-universe marvel agents-of-shield powers or ask your own question.

6
Why was this character attacked in Agents of SHIELD?
1
Why did Bobbi go into this trouble?
4
Why did they erase this character's memory?
12
Will this character appear in another movie?
5
Why did Aida do this to the Framework?
7
Why does Skye / Daisy / Quake use such a limited version of her power when fighting?
4
Why would Coulson want Daisy to take this position?
23
Was this character’s old age look CGI or make-up?