What happens to Batgirl after The Killing Joke?

At the end of The Killing Joke we see that Barbara is paralyzed and in a wheelchair. Is this the end of Batgirl as well, or will another person take up the mantle?

Following The Killing Joke, Barbara became Oracle, using her intelligence and computer skills to help Batman and other heroes. 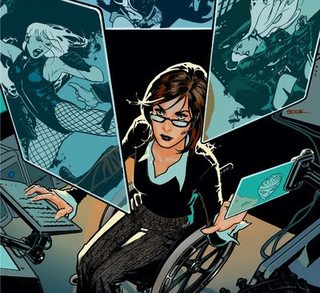 The Batgirl mantle was eventually taken up by Cassandra Cain and later by others. 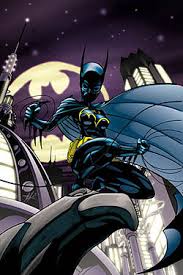 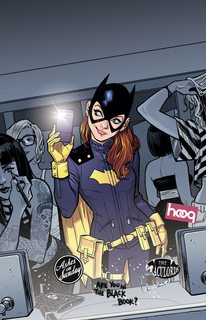 Barbara Gordon quit being Batgirl a while before The Killing Joke. In fact The Killing Joke wasn't even canon for a while after, but people loved it that they kept writing stories as if it were.

Batgirl's last outing was in Batgirl Special #1. One of the most terrible Batgirl comics to be written up until New52.

After that point she joined Task Force X and became Oracle. Later she formed the Birds of Prey with Power Girl, Dinah Lance, and Huntress.

During No Man's Land Batman gave up on Gotham, but the iconology of the Bat was recognized as powerful by others so to keep at least a little order and use it's power Helena Bertinelli (Huntress) took up a costume to look like Batman and eventually changed to an all black costume of Batgirl.

She got scolded and told she was not worthy of wearing the mantle of the bat. Soon after the identity passed to Cassandra Cain Several years later it was passed to Stephanie Brown.

Then New52 erased all that and magiced Barbara healthy and younger and made her batgirl again.

Not the answer you're looking for? Browse other questions tagged dc batman batgirl the-killing-joke or ask your own question.