Space ships in the Star Wars universe seem to have direct glass windows into space most of the time. To my mind, this has severe disadvantages compared to video screens showing the outside, at least as an alternative way, but do we ever see video-capable screens which could partially replace windows in the films?

Droids and other technology can display holograms, which appear monochrome and often not very clean, and there are text displays in places, but is there something like CRT or LCD color monitors?

In a word, yes. In the Revenge of the Sith novelisation we learn that the windows behind the Supreme Chancellor aren't simple glass but rather a "view wall", capable of intelligently focusing and displaying what's happening thousands of kilometers away in realtime.

The vast semisphere of the view wall bloomed with battle. Sophisticated sensor algorithms compressed the combat that sprawled throughout the galactic capital’s orbit to a view the naked eye could enjoy: cruisers hundreds of kilometers apart, exchanging fire at near lightspeed, appeared to be practically hull-to-hull, joined by pulsing cables of flame. Turbolaser blasts became swift shafts of light that shattered into prismatic splinters against shields, or bloomed into miniature supernovae that swallowed ships whole. The invisible gnat-clouds of starfighter dogfights became a gleaming dance of shadowmoths at the end of Coruscant’s brief spring.

All of these examples are from Episode 4: A New Hope

The X-Wing targeting computer has a CRT/LCD display 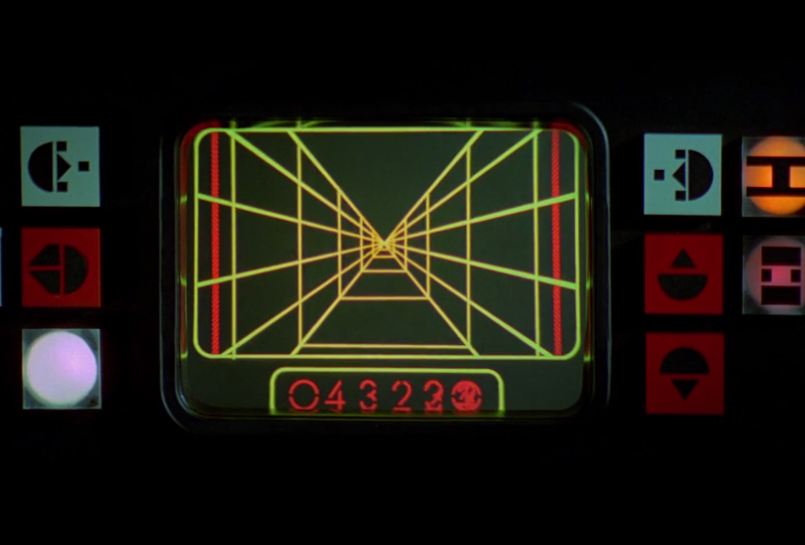 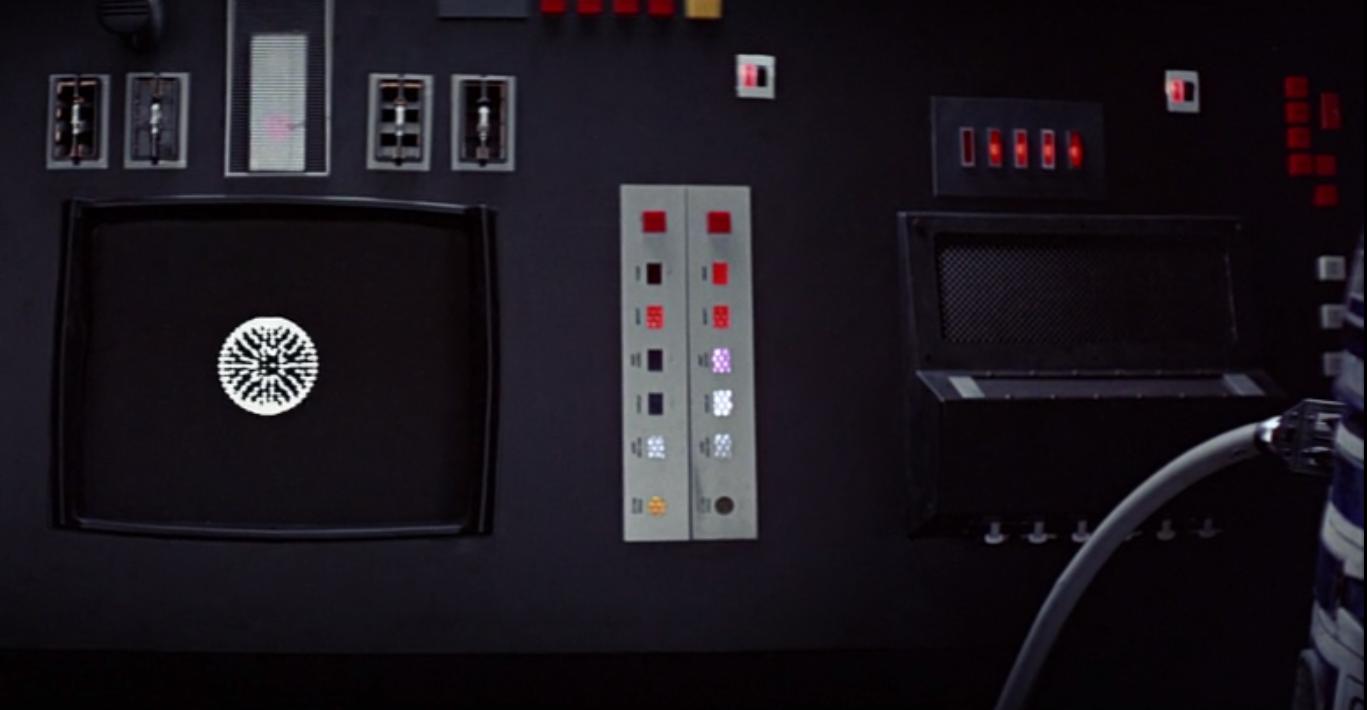 The briefing details are displayed on a screen in Yavin Base 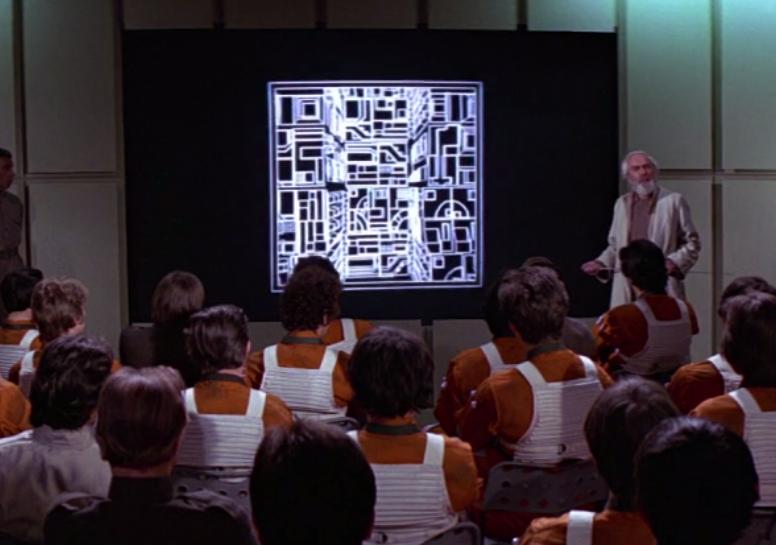 The Death Star itself has a timing / firing solution display

In the age that Star Wars is set, it's safe to say that materials and processes have been made/discovered that enable see-through panels on ships to be almost indestructible, and just as hard and durable as the rest of the ship (if not more so).

The targeting computer, and a few other displays in the original films, seem to be based on vector display CRTs (or designed to appear to look like them). Many of them (including some of the hologram stuff like the Death star plans) look vector-based to me, and when multiple images are drawn in quick succession the previous image is sometimes shown to slowly fade, or blur into the next. These are characteristics of the vector-based CRTs from the 1970s, though Star Wars technology seems to allow for multiple colours in some cases. The last well-known commercially available display (other than oscilloscopes) was possibly the Vectrex that was released in 1982. But even it did not have colour emitters. If you wanted colour you placed a translucent coloured panel on top of the screen. If any video game system ever made me feel like I was playing video games that might have come from a galaxy far far away it was on that machine. I suspect the images in Star Wars were simply a result of similar methods used in Tron (and later TV shows like Knight rider) where it was simply easiest to animate straight lines, but possibly jazz them up a bit by adding an oscilloscope-like glow to them to make them look more "science-y".