What is the in-film explanation for Comedian's crying?

In Alan Moore's graphic novel, the Comedian discovers a certain plot where

plans to use a psychic pseudo-alien squid to trick USSR and USA into peaceful coexistence.

This plan makes the Comedian realise that "it's all a joke".

Yet in the movie there is no squid in the first place, and we're not shown how the Comedian learns about the other (film-version) evil plan. We know he is aware of it, because of said scene and the fact that the Comedian is

but how does the film explain the way Comedian became aware of said plot?

In the film version, the method of his discovery isn't explained in any great detail. It seems that he gained access to Adrian's kill-list (somehow) and learned what was going on at Karnak (somehow). That suggests either a hacking job or that he somehow infiltrated one of Veidt's facilities around the world and pieced it together from files/interrogations

Comedian: And your name... your name was on the list... along with Janey, you know, whatever the fuck her name is. Manhattan's old girl. Mother, forgive me.

Veidt: Blake figured it out first. Nixon had him keeping tabs on us, making sure we weren't rocking the boat. Blake found out what I was doing here in Karnak and by the time he visited poor Moloch, he was cracking badly. Even I couldn't predict he'd be the one to have a change of heart. So I had to kill him.

In short, Blake stumbled onto Veidt's research facility and worked it out from there. 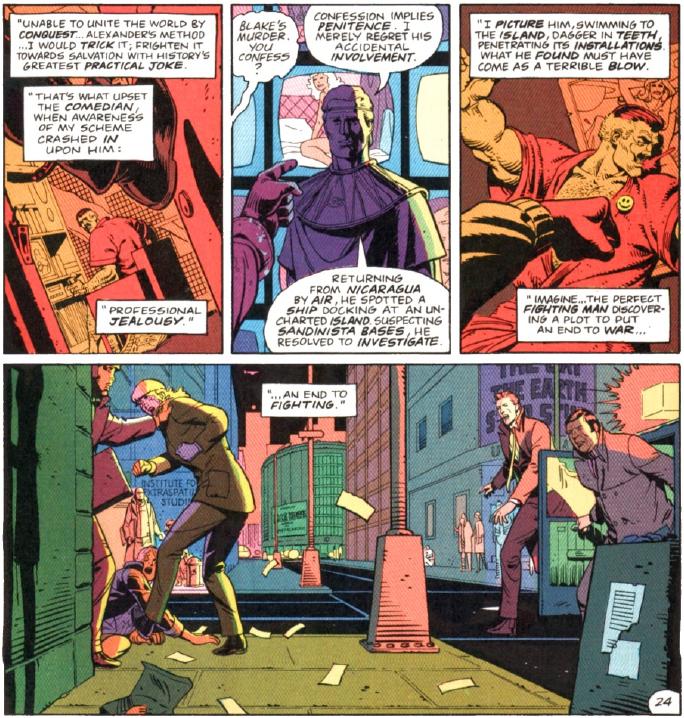 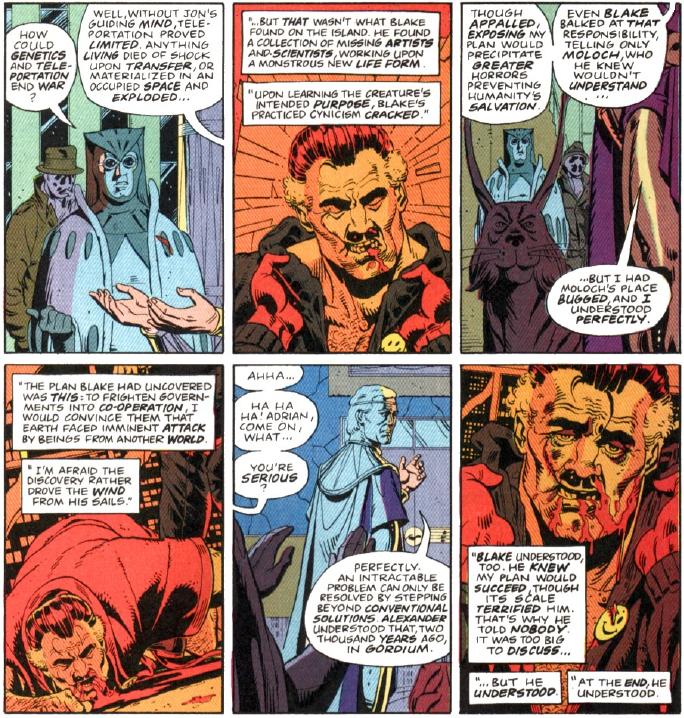 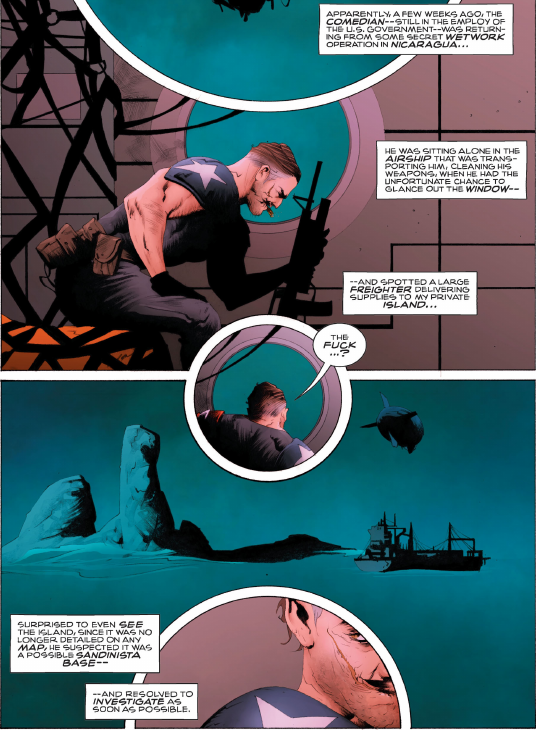 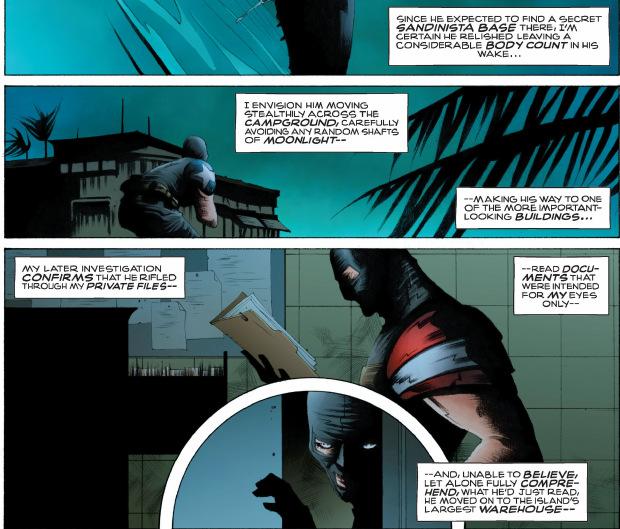 Consider the past actions of the Comedian in the film. He is totally loyal to the government. Look at the fact that he assassinated Kennedy because Kennedy was thinking of closing down (or making less influential) the FBI. And so many other things he may have done under the guise of "For the good of the government". From his comments he is also very anticommunist.

Now he discovers a plot that not only goes against the government and his country, involves Russia, and forces both America and Russia to make peace and co-operate. All set up by people who he felt he could trust.

It would go against everything he believes in. There is no one who he can talk to (except past criminals like Moloch) which again aggravates his sense of betrayal.

Essentially - for a man who has charted his own destiny - he finds that he no-longer has control of his future. All that he has believed in is going to change and there is a high probability that he will not be a part of it.

So he starts to crack, and the others are faced that they will have to take him out.

Not the answer you're looking for? Browse other questions tagged dc adaptation-comparison watchmen watchmen-2009 or ask your own question.

21
Why did Adrian Veidt choose such an obvious password?

24
Is there any information about what Alan Moore had in mind for expanding the Watchmen franchise?
5
What is the significance of alternate “Before Watchmen” covers?
32
Why was Rorschach willing to forgive The Comedian's “moral lapse” with Sally Jupiter?
43
What did Comedian mean by this comment about the American dream in the Watchmen movie?
6
What are the significant “Scenes missing from the film” in the official novelization for The Force Awakens?
15
What is the fluid in Rorschach's mask?
17
What does this line mean in the Watchmen movie?
15
What was the Comedian's motivation for fighting crime?
8
Is there an in-universe explanation for the American flag in HBO's series Watchmen?