Did John Connor continue to wear the detonator locket switch after Today Is The Day?

In Terminator: The Sarah Connor Chronicles season 2 episode 17 "Ourselves Alone", at the end of the episode Cameron attaches an explosive to her head near to her chip, and she attaches the detonator switch to a locket and gives it to John Connor. Cameron puts that round John's neck. 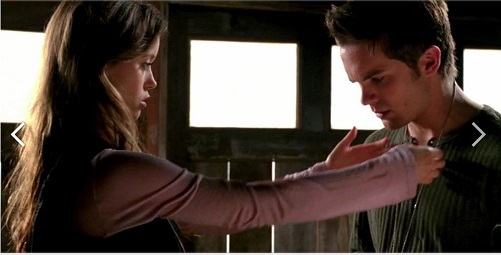 After that they have the following conversation (as per Terminator Wiki):

John: I can't find her. (Referring to Riley)

Cameron: She's out there, she'll call you. Eventually, she always does.

Cameron: You know I didn't.

John: What have you been doing? You've been out here for hours.

John: What is it?

Cameron: You tried to fix me. Twice now. It's not working.

Cameron: I'm not capable of self-termination.

Cameron: I can't kill myself, but you can.

John: Why would I want to kill you?

Cameron: You might have to some day. (John opens the watch to find a set of three buttons, one of them red) I've planted an explosive in my skull near my chip. It's a small amount, but it's enough.

Cameron: All you have to do is hit the switch.

John: What would future John do now?

After that, in the next episode "Today Is The Day, Part 1", when John questions Cameron about Riley's death, we can see John opening and closing the detonator switch locket and asking from Cameron "did you kill Riley?" 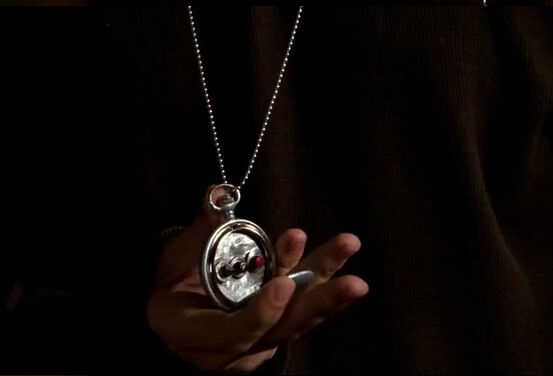 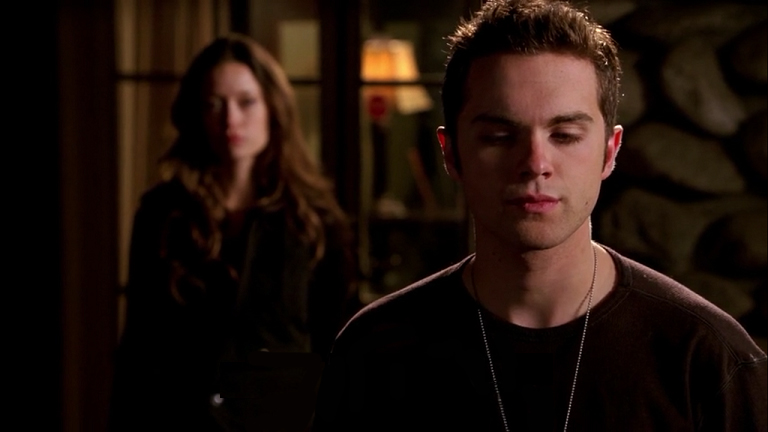 Finally in the middle of the episode "Today Is The Day, Part 2", John Connor finds out that Cameron didn't kill Riley, and he says to Cameron, "I'm sorry I doubted you".

So my question is: after episodes 17 & 18, did John Connor continue to wear the detonator locket switch around his neck all the time?

Episode 19 - Impossible to tell. John certainly still has it on him (we see it at the end when he places it into a pocket) but he's wearing a high-necked collar through the episode. 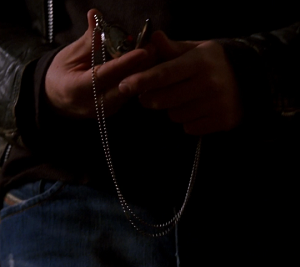 Episode 20 - No. You can see from this still that John isn't wearing it around his neck (or it would show through the material of his light jumper). 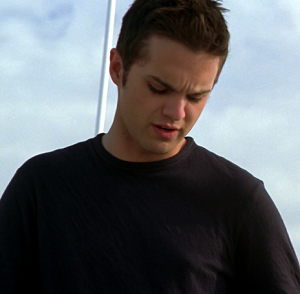 Episode 21 - No. You can see from this still that John isn't wearing it around his neck (or it would show through the material of his light jumper). 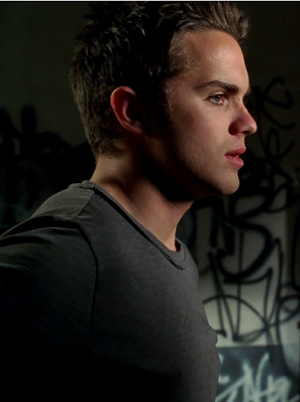 Episode 22 - No. You can see from this still that John isn't wearing it around his neck (or it would show through the material of his light jumper). 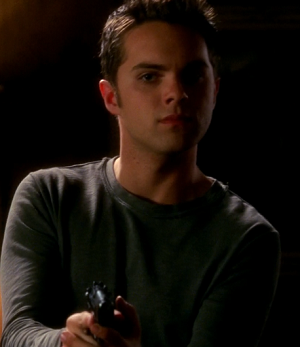 For the record, the point where he puts it into his pocket in episode 19 seems to be the last time we see the kill-switch. If he was keeping it on him, it was likely destroyed (along with his clothing, gun and other personal effects) when he time-jumped at the end of episode 22.

20
Why doesn't the T-1000 continue to chase after John Connor?
12
Was Skynet limited in how far into the past it could send back Terminators?
15
How did the police learn that John Connor's foster parents had been killed?
33
Why didn't Todd become suspicious of the T-1000?
2
Did the T-850 self terminate?
9
Can a Terminator feel affection?
3
How did John Henry take Cameron’s chip to the future?
23
What is the Weight Of Terminator T900 Female Model?
15
Which, if any, version of Terminator 2 is officially canon?