It is highly likely that the book was published between 1992 and 1997 (a period during which I was reading a lot of new fiction and writing reviews). I keep thinking the title had the word "moon" in it, but that may be a red herring.

Unfortunately, I don't remember much more about the story. Any thoughts?

The story of how Neanderthals became extinct at the hands of the smaller but cunning Homo Sapiens. - Goodreads

In fog-laced primeval forests during a dark age steeped in mystery and magic, a desperate quest is launched by two young survivors of a doomed coastal tribe. Timov and Hamr fearfully stalk the vast unknown to hunt the powerful, mystical ghost dancer, and they ultimately face the choices of the ages. - Google Books 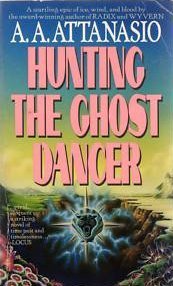 This has some shared ideas with the Earth's Children series (best known by its first book, Clan of the Cave Bear). The more primitive hominids spoke via sign language, and take in an orphan Homo sapien's girl. It does not have moon magic, but they were very superstitious about women's periods (moon blood), and there were several 'magical' instances such as when the shaman sees the future (and the fact that Homo sapiens have one, while his race does not).

This is only a tenuous connection to your example, but it's easy for memories of books to get muddled, and I thought it possible this matched. 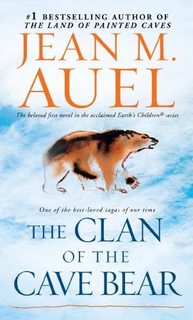 Might the book be Serpent Catch by Dave Wolverton? I time and again lose track of this book and your post rang a bell. Pay a look at this synopsis to be sure:

"Tull, son to a human father and a Neanderthal mother, feels doomed to toil his life away as a common field hand on the moon Anee. But his is a time Earth's paleobiologists could not have foreseen. Long ago they established Anee as a vast storehouse of extinct species, each continent home to life forms of a different era. For a thousand years the starfarers' great sea serpents formed a wall of teeth and flesh that protected Tull's homeland from the ravaging dinosaurs that swam across the ocean from Hotland. Now the serpents are gone.

To save his home, Tull must seek a distant river in the slave nation of Craal, where young serpents can be found. Legend has it that Adjonai, the Neanderthal god of terror, is king of Craal. Yet only by facing this dark enemy can Tull hope to bring home his serpent catch alive." 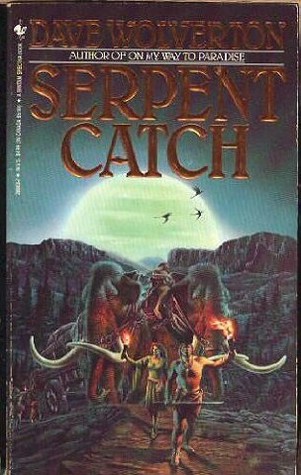 Not the answer you're looking for? Browse other questions tagged story-identification novel prehistoric or ask your own question.

13
A fantasy book about runes where the hero learns to chop wood
10
80s Sci-Fi book about kid who fails magic test / woman martial artist (The Nin?) who leads revolt
10
Fantasy story about magic council on alternative Earth
5
Is "Giftwish" this novel?
8
Fantasy book with color-coded magic with gold magic as highest and enchanted armor
10
Novel about magical training and a girl who can see magic
6
Looking for a fantasy book with young male protagonist protecting magic seed
9
Fantasy book series about persecuted people with elemental magic powers
7
What is the novel written about a middle age woman finding/discovering magic
8
What is the title of the short story using the plot device of a Film archive found on earth's moon by aliens