This was on the sci-fi channel in the mid-late 90's- people release their aggression by brutalizing androids in a theme park- sounds like Westworld but instead of being designed to simulate the wild west it had a film noir setting- private eyes, gangsters and the like. There are a few things I do remember if they help narrow it down:

1) One of the androids (the film had a nickname for them but I don't recall it) was played by Jerry Doyle, most known as Garibaldi from Babylon 5.

2) One scene where just before an android is about to be either destroyed or recycled, a sadistic worker saying "You're smoke now" (possibly smoked).

3) near the end the AI running the place is somehow induced to self-destruct.

This movie was apparently also called Gangster World, but is unrelated to the much more famous Westworld. 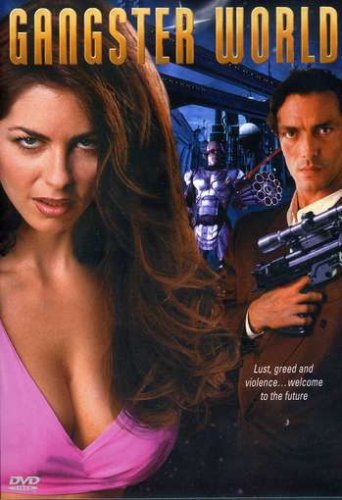 According to the IMDB description:

In a futuristic theme park, people interact with androids in mafia gangster scenarios, unleashing their deepest violent and sexual desires on the android characters.