How did John Henry take Cameron’s chip to the future?

In Terminator: The Sarah Connor Chronicles season 1, episode one "Pilot", near the end of the episode John Connor, Sara Connor & Cameron are inside the safety deposit vault of the bank assembling a time machine to go to future, and have the following conversation (as per the Terminator Wiki):

Sarah: When did you open that?

John: Is that from the future?

Cameron: Can't bring anything through when you come. Not weapons, not clothing. Nothing. You send someone back to build it.

As per Cameron’s last sentence, when any one time travels they cannot bring anything.

But in the last episode of season 2 "Born to Run", Cameron came to Catherine Wiver's building & looked for John Henry. When she found him he asked Cameron 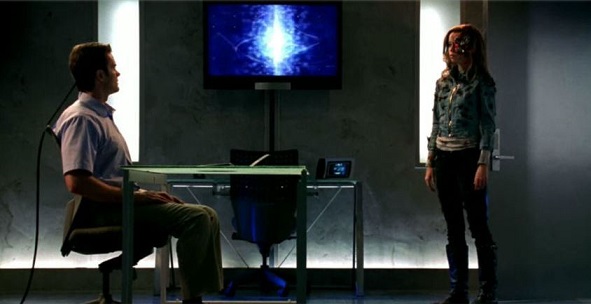 Cameron then took a knife and removed her chip, and gave it to John Henry. So John Henry traveled to the future with Cameron's chip.

So my question is: when time travelling, if they cannot bring anything, how did John Henry take Cameron's chip? Did he use his chip port to take Cameron’s chip to the future?

Since the 'John Henry' (T-888) body was simply a puppet of the Turk/John Henry computer (and connected by a wire to the wall where the controlling computer was located) it's most likely that the Turk inserted Cameron's (T-900) chip into the chip slot, ceding control of the John Henry body to Cameron who then time-traveled to some point in the future to continue the war against Skynet. 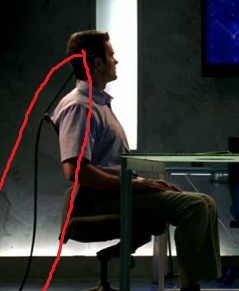 Given the similarity of model type, (T-888 vs T-900) there's no real reason to assume the chips weren't directly compatible.

2
Why do Cameron and the red-headed female Terminator stop fighting when humans enter the elevator?
8
How did Catherine Weaver (T-1001) stop an explosion fire?
11
Does Terminator 3 undermine the 'No Fate' concept?
3
Did Skynet send a Terminator to kill Sarah when she was a child?
7
Can a Terminator feel affection?
4
How does Sarah Connor know so much?
8
Did John Connor continue to wear the detonator locket switch after Today Is The Day?
22
What is the Weight Of Terminator T900 Female Model?