What are they monitoring to determine that Solo is still alive?

As everyone knows, in 'Empire Strikes Back' they freeze Han Solo by using carbonite. We then see Lando Calrissian check the side of the carbonite block which has a heap of lights and buttons, which tells him he was still alive after the freezing process. 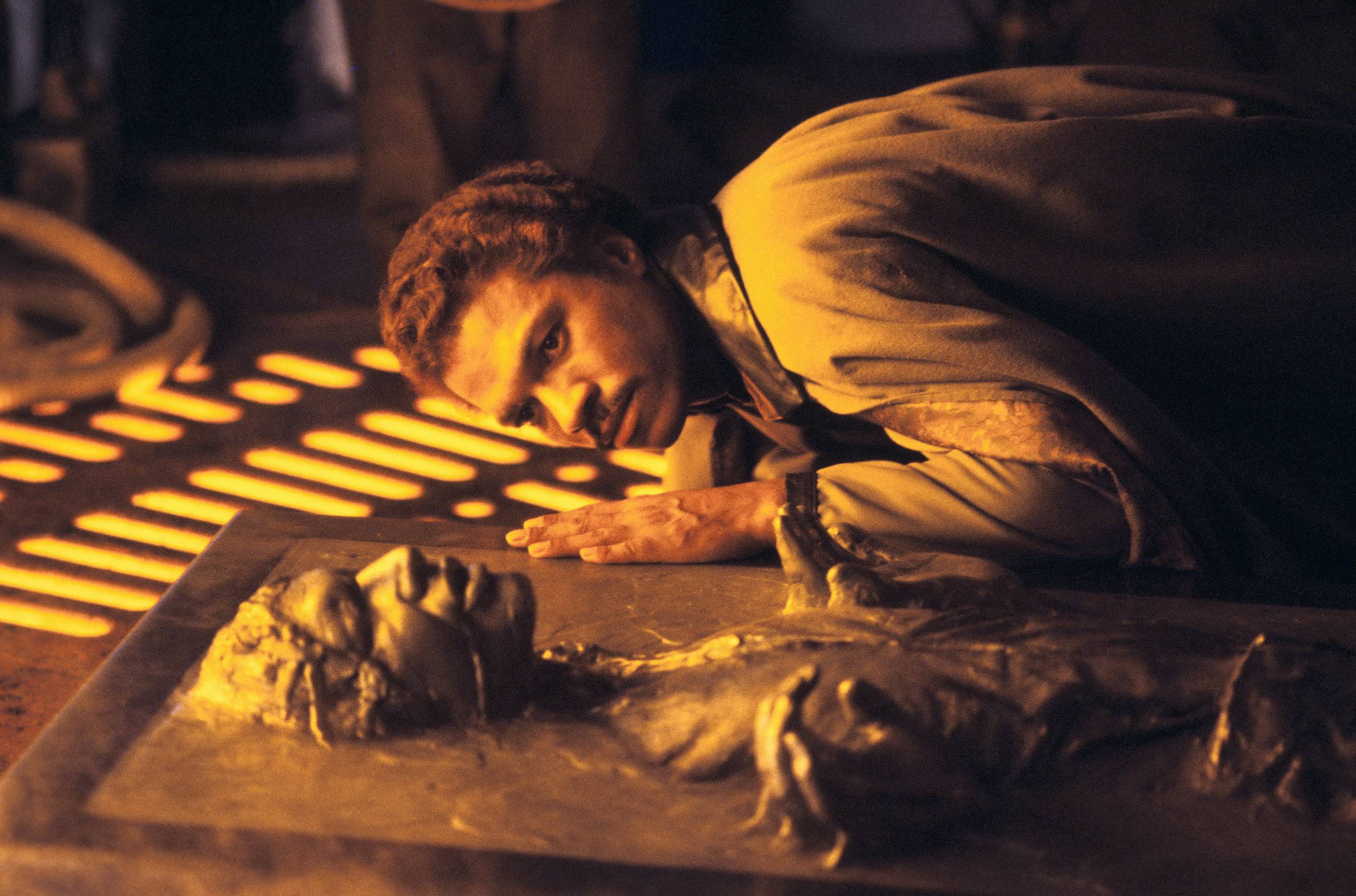 My question is, what is the in-universe explanation as to how they were getting life signs from Han while being frozen solid in carbonite.

At least one of the gauges was a temperature monitor for the inhabitant.

Kneeling, Lando turned some knobs on the device and checked the gauge measuring the temperature of Han’s body. He sighed with relief and nodded his head. “He’s alive,” he informed Han Solo’s anxious friends, “and in perfect hibernation.”

There also seems to be some sort of sensor that measures the temperature of the carbonite.

A huge mechanical tong lifts the steaming metal-encased space pirate out of the vat and stands him on the platform. Some Ugnaughts rush over and push the block over onto the platform. They slide the coffinlike structure to the block and lift the metal block, placing it inside. They then attach an electronic box onto the structure and step away. Lando kneels and adjusts some knobs, measuring the heat. He shakes his head in relief.

And something that measures the flux(?) of the carbonite

Control panels were set along the outer side edges of the carbonite frame. Boushh pressed a button beside the carbonite flux monitor, then slid the decarbonization lever and watched a green light flicker on the life system monitor.

Not the answer you're looking for? Browse other questions tagged star-wars star-wars-legends the-empire-strikes-back return-of-the-jedi or ask your own question.

20
What was the point of testing carbonite-freezing technology on Han Solo?
6
How long can a person be kept in a Carbonite so that they can be successfully revitalized? Do people age within it?

14
How well known were the events of the original “Star Wars” trilogy in the general galaxy? Or was it all about clandestine special operations missions?
36
How does Leia Organa know carbon freezing causes hibernation sickness?
3
What are the lower Rebel Alliance ranks?
15
How did they create the prop of Han Solo in Carbonite?
37
Did Han Solo know that Anakin Skywalker was Darth Vader?
0
What was Han Solo thinking upon Leia's revelation on Endor about Luke?
9
Do any expanded universe works acknowledge the high risk taken by the protagonists at the beginning of “Return of the Jedi?”
26
If “spice” is considered an “illicit/illegal” drug in the Star Wars universe, why does the Empire mine it?
8
Was Lando referring to this event on Cloud City?
50
Why is a living creature being frozen in carbonite in “The Mandalorian” so common when it seemed so risky in “The Empire Strikes Back?”