What is the Weight Of Terminator T900 Female Model?

In Terminator: The Sarah Connor Chronicles, one of the main characters is Cameron, a Terminator robot. Her model is (as per Terminator Wikia) T900, Class TOK715. 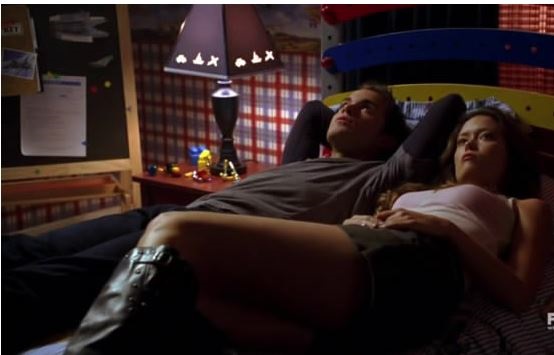 So my question is what is the actual weight of Cameron? Does she weigh the same as normal girl or not?

Well they only weigh about 10-20 percent more than their human counterparts.

In this link The weight of Terminators in T:SCC confirmed Zack Stentz (one of the co-producers) states:

Terminators in our world weigh only slightly more than similarly sized humans. They can't swim due to buoyancy issues, not weight. Otherwise you could just stand them on scales or put breakaway flooring at the front entrances to resistance bunkers!

To give credit to the source:

Can I quote you on that? I wouldn't be asking for this if there wasn't this idiot running around on the board that claims to know the intention of the writers.

And finally this as to how much more they weigh:

Name withheld, sorry for not responding. Our operating assumption is that Terminators are a bit (10-20 percent) more than a person, but not much more. Feel free to re-post that.

It's likely she's heavier than a normal girl (of her size).

This is found by reading further at the Terminator Wikia

Weight: Cameron is much lighter than one might expect, as are other Terminators. Though it is shown that she is heavy enough to require the combined efforts of both Sarah and John to lift her into a chair.

She also claims that she cannot swim, which is true for other Terminators.

This is not definitive however,

Josh Friedman said: "Terminators' weight is the same as human counterparts." during a chat with fans.

3
In terminator movies, why they do not detect terminators by weight?

46
Wouldn't John Connor cease to exist if they prevented the creation of Skynet?
2
Why do Cameron and the red-headed female Terminator stop fighting when humans enter the elevator?
24
How could a Terminator ride a vehicle that was made to support the weight of a human?
8
How did Catherine Weaver (T-1001) stop an explosion fire?
17
Does the Terminator replace its skin after showing Miles Dyson its hand?
8
Did John Connor continue to wear the detonator locket switch after Today Is The Day?
3
How did John Henry take Cameron’s chip to the future?