Did the Millennium Falcon in The Force Awakens have an anti-theft device?

So Rey and Finn are being attacked by the First Order storm troopers and they are running away. They first go for a spaceship that gets blown up, then they head for the Millennium Falcon and proceed to steal it (despite Rey calling it "garbage").

But after they steal it, Unkar Plutt runs out and screams "THAT'S MINE!!!!"

So if the ship was actually worth something, did it have any sort of anti-theft device? Because they seemed to just walk on the ship and fly away. Considering what kind of place Jakku was, it is a wonder it was not stolen earlier.

There's every indication that it did not.

She and BB-8 headed to the cockpit, where she ditched her staff and plopped down in the pilot’s seat. She flipped a switch on the console and the controls illuminated. A little dusty, perhaps, but perfectly readable.
“Gunner’s position is down below,” she called to the young man.
“You ever fly this thing?” he shouted back.
“Nobody’s flown this crate in years.”
She initiated the launch sequence.

She sat down in the pilot’s chair and took a deep breath. “I can do this. I can do this,” she said over and over to herself. It was just like the flight simulator at home. No need to be completely terrified.

Rey ran through the prelaunch sequence in record time and smiled as the engines roared to life. She eased forward on the throttle while pulling back on the control yoke. The ship blasted ahead in one smooth movement and took to the sky. Rey felt her smile grow even wider.

Tossing her staff to one side and throwing herself into the pilot’s seat even as she was scrutinizing the instrumentation, Rey activated several controls. Much to her surprise, the console in front of her immediately came to life. She tapped a visualization.

Additionally, the interior of the cockpit (as seen in the now non-canon Star Wars Blueprints: The Ultimate Collection) has zero reference to security measures at the time of Episode VII 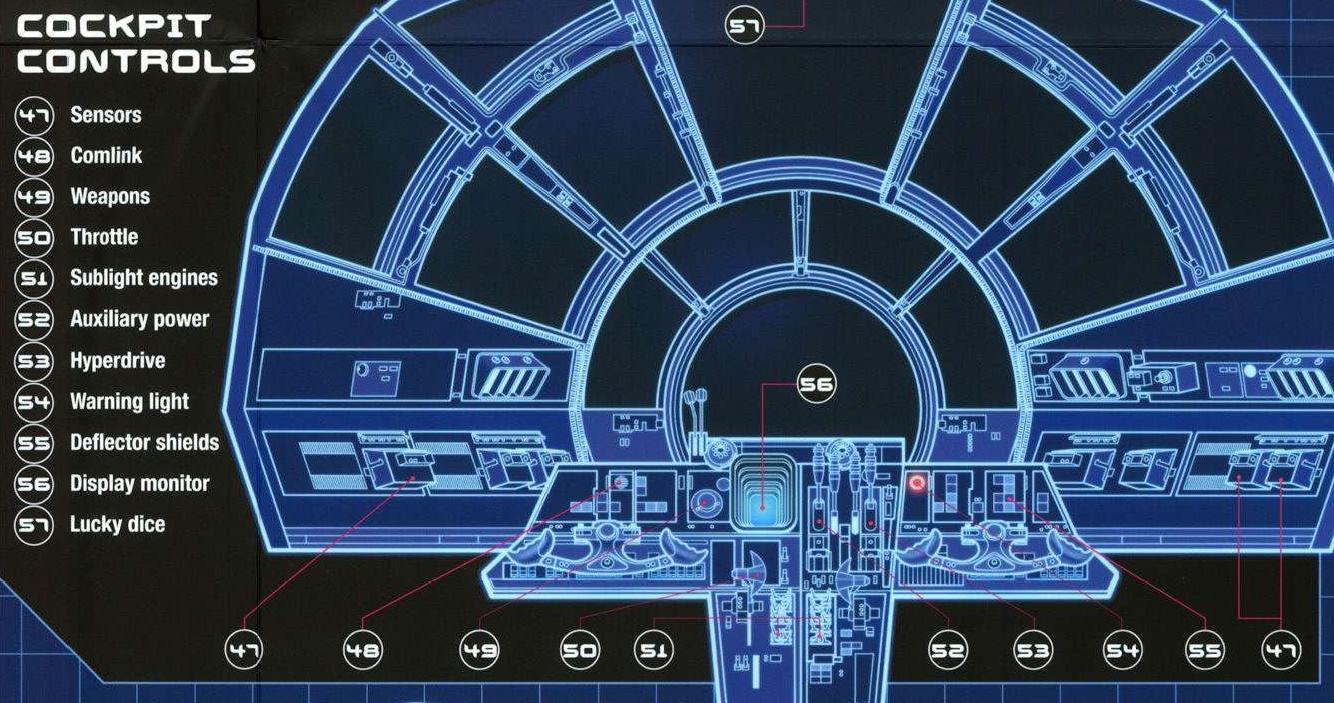 That all being said, the canon factbook Star Wars: Millennium Falcon: A 3-D Owner's Guide (2018) makes reference to Han having installed some sort of 'security immobiliser'. It's evidently ineffective, at least against Luke and Leia, although they may have some insider knowledge about how it works, having had access to the ship and seeing Han fly her. This was obviously 20+ years before the events of Force Awakens.

Luke & Leia somehow deactivated my security immobilizer when they "borrowed" the Falcon for that crazy rescue mission into the Kiax nebula.

Not the answer you're looking for? Browse other questions tagged star-wars the-force-awakens millennium-falcon or ask your own question.

165
Why are ships in Star Wars so ridiculously easy to steal?