Published in the early 1960s, this story appeared in 'Tales to Astonish' or 'Journey Into Mystery', one of the Marvel titles that featured a superhero at the front of the book and a short story or two in the back. The plot: green-skinned aliens plan to invade the Earth, which they know about through some kind of super-television. They decide to send an advance scout, disguised as a human, to scope things out. During the transformation an alien doctor says 'Earthlings have only two eyes,' or something like that, and another says 'Pathetic!' They send their scout to Earth and he is immediately apprehended. The aliens are stunned, how did the Earthling know? The answer: their TV transmitted a black and white picture: they had no idea of human skin colors. Their scout was green.

I now DO have an answer, thanks to the folks at the Straight Dope message board. The story is called "No Place to Turn" and was in "Tales to Astonish #51" He is a reproduction of the final page. (Ironically in black and white) 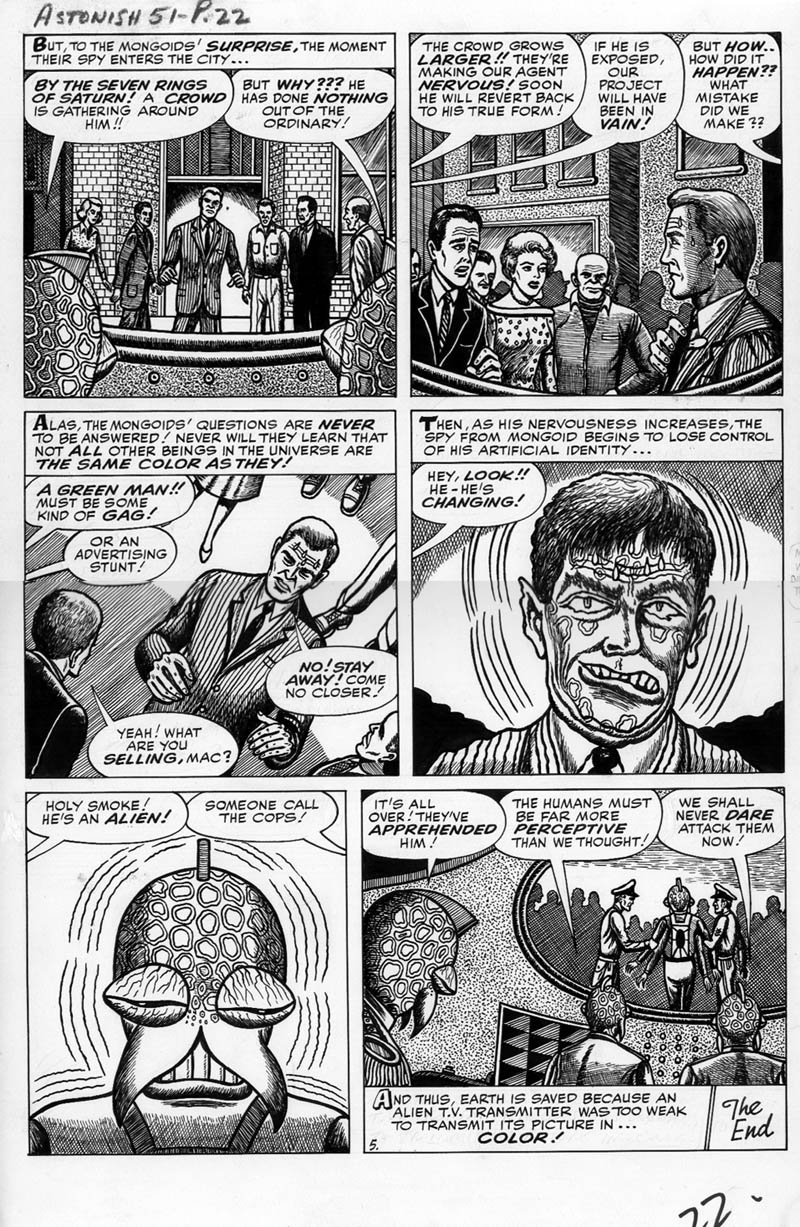 It's a five page backing story and the online comic site only has the "Ant Man" story that opened the book.

11
Scifi short story. Alien makes first-contact with humanity but finds us overly obsessed with sex
38
Short story about alien invasion with a twist.
5
Book series where Earth has been invaded by matriarchal blue or green skinned aliens
8
In which book did alien protagonists absorb and mutate humans, turning their flesh into biological weapons that they then used against other humans?