What happened to Wayne Manor in Batman v Superman: Dawn of Justice?

In said film Bruce Wayne is shown to be residing in a house by a lake;

most probably nearby the Wayne Manor, because the latter is almost destroyed:

Is this state of the manor explained in the movie (I skipped some boring parts, to be fair), or in some novelization?

Important: if it is explained in Suicide Squad, I don't want to know!

dc dc-extended-universe batman-v-superman-dawn-of-justice
Share
Improve this question
edited May 31 '17 at 20:17

I don't have any evidence whatsoever, so this was almost a comment:

I've seen BvS a couple times, including the extended version. I don't believe there's ever any explanation of what happened to Wayne Manor.

I felt like this movie drew on our collective understanding of who Bruce Wayne/Batman is, rather than trying to re-invent the wheel and waste a lot of time on his background. The most recent, mainstream version of Batman was presented in the recent trilogy starring Christian Bale, starting with Batman Begins.

Clearly, not everything in that series has happened in the past of this new movie, but I think it loosely inspired the new one. Sort of like Hulk and The Incredible Hulk. The second movie there sort of drew on the first one, but ignored a lot of the stupid stuff people hated, like the ending.

I think most people agree that Batman Begins and The Dark Knight were great. I certainly do not agree that the Dark Knight Rises was anything other than a train wreck, much like the ending of Hulk.

Wayne Manor burns down in Batman Begins. It's not rebuilt until Dark Knight Rises.

This Batman never rebuilt it.

The manor being in ruins is possibly a nod to Kingdom Come, another series that Snyder originally looked to for reference along with The Dark Knight Returns. In Kingdom Come, Superman returned from 10 years of self-exile to find an aged Bruce Wayne living solely in the Batcave. The manor itself was a burned-out husk, very similar to what we see on-screen. Bruce reveals that it was destroyed by villains after his identity got out: 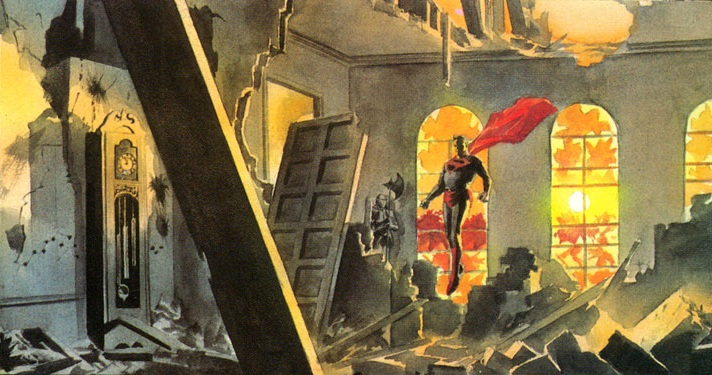 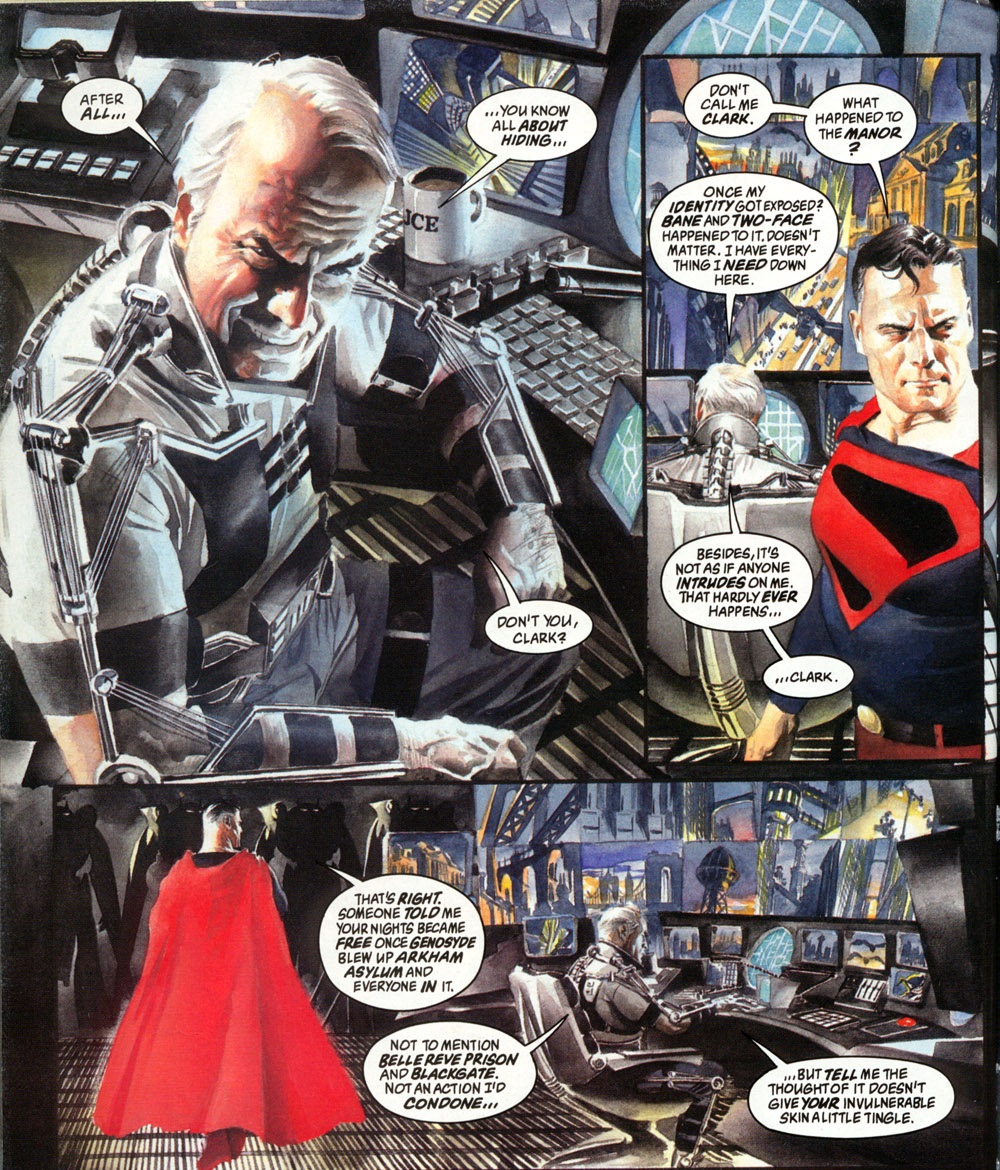 A chief component of the story is also Superman's inner conflict, which starts largely because the people of Metropolis prefer Magog - a hero who kills criminals instead of apprehending them. There are numerous discussions throughout the story of what it means to be a hero, some of which makes it into Batman vs Superman.

Apparently, there was a scene filmed where Superman enters the ruins of Wayne Manor, then finds his way into the Batcave to confront the vigilante. Visually, the scene is nearly identical to the one from Kingdom Come but was never completed, apparently. You can find pictures online of Henry Cavill in costume amongst the ruins of the manor. The scene was likely replaced by the one where Superman intercepts the Batmobile and confronts Bruce that way.