Why is the TIE fighter tethered in Force Awakens?

Why is the TIE fighter that Poe and Finn steal tethered to the Star Destroyer?

When Poe and Finn try to escape they jump into a TIE fighter that is tethered to the dock. Is this a safety feature, or was it something like a fuel hose and they stole it into a mid refuel? Or was it a security feature to stop them being taken without authorization? As, it is noted on what seems to be the bridge that an "unsanctioned departure" was occurring

Anyway, was there anything that stated what it was that was tethered to it?

The script for The Force Awakens implies that they are charging cables.

The TIE Fighter LIFTS OFF from the bay, rips CHARGING cables! Stormtroopers UNPACK and aim MEGABLASTERS.

In addition, if we look at the image of the TIE fighter from The Force Awakens: Incredible Cross Sections, we see that the cable appears to be attached to something called a “phase one converter,” lending further credence to this theory: 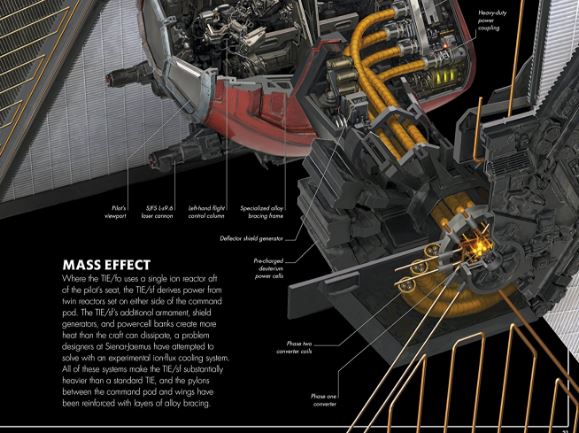 On the other hand, according to the novelization, the tethers are “support lines”:

Working only semi-familiar controls, he persuaded the ship to lift. Unfortunately, it was still tethered to support lines. Cables twanged as they went taut, holding the TIE fighter to the deck.

As such, they may be intended to stop unwanted movement, say TIE fighters (for example) tumbling all over the place if the ship is hit, though it is also possible that “support” is meant in a more general sense and they are merely charging cables.