Why doesn't Star Fleet use holographic sentinels to protect the ship when boarded?

Throughout the series we have seen how powerful holograms can be, especially in Voyager with the advancements for the Hirogens and the evolution of the Doctor. In TNG "Descent Pt 1" we saw that with the safeties disabled, a holographic Borg could kill Data. In First Contact we saw Picard use holograms to kill Borg when phaser rifles were ineffective.

So why then are there not holoprojectors on every deck casting legions of kill-bots when the ship is boarded? Or even a single projector to protect critical areas like Engineering or the Bridge?

The simplest reason: Holograms need power and computer resources. Both are at a premium and could become unexpectedly unavailable during emergencies. Nothing like losing your computer core and all of your Emergency Military Holograms at a critical juncture. 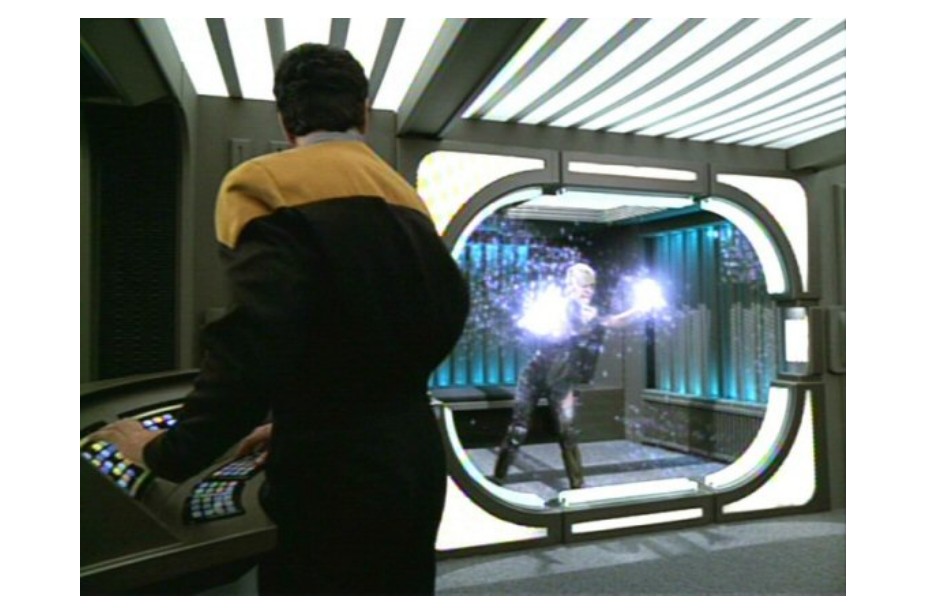 By the 24th century, Federation Starfleet force fields were commonplace and were rated by intensity, ranging in strength from level 1-10. A level 10 force field is the strongest and would be used, for example, during a scientific experiment of which the outcome was unknown, or known to be explosive in nature. Applications range from creating holograms to sealing a hull breach to personal force fields designed to keep potential assailants at bay. (TNG: "Realm of Fear", "The Most Toys"; Star Trek Generations; Star Trek: Insurrection; DS9: "Playing God", "Starship Down", "Take Me Out to the Holosuite"; VOY: "State of Flux", "Course: Oblivion")

I imagine ships after the 24th century might use such holographic security or maintenance systems technology in very limited environments, preventing boarders, or working in areas where Human workers might be in danger but a hologram with the right enhancement may be able to complete repairs or repel boarders. But this technology could be vulnerable to any number of means of disruption given the state of technology in the 24th century. 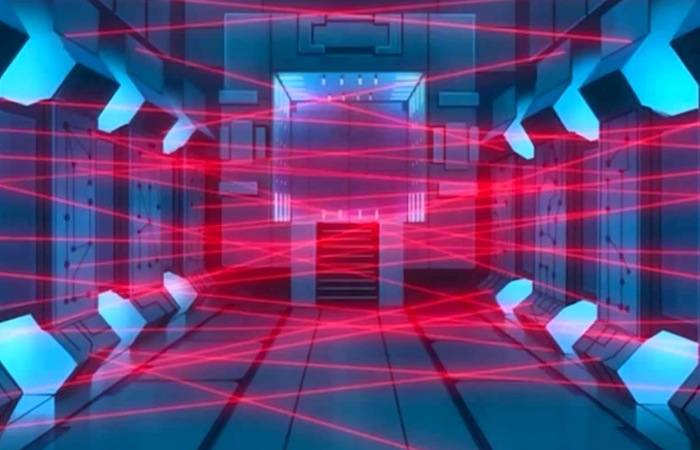 On the Other Hand:

Voyager came into the possession of a 29th century device called the Mobile Holographic Emitter.

The autonomous self-sustaining mobile holo-emitter, or mobile emitter, was a piece of 29th century technology designed to remotely power and enable a single holographic instance away from permanent holoemitters. Constructed of a poly-deutonic alloy unknown to 24th century science, the mobile emitter was approximately the size of a Human palm. (VOY: "Future's End, Part II", "Message in a Bottle", "Drone", "Renaissance Man")

I can't believe no one has pointed out the obvious downside to this idea yet: doing this means that your ship, heir to a long tradition of holodeck malfunctions that invariably end up disabling any and all safety protocols, is full of autonomous combat holograms.

Seriously, that's just asking for it...

Thaddeus Howze's answer is good but I think more focus has to be placed on the out-of-universe elements.

There are a lot of far more vicious ways to use most of the tech in star trek, holographic security personnel are weaksauce: if you can have a working holographic grenade or machine guns by means of creating force fields there's little need for the actual grenade of machine gun: just use the same fields to rip invaders to pieces.

Even if you want to go non-lethal riot foam and nets materializing around the invaders up to their necks would be an obvious application.

There's no tension, there's nothing at stake if "we're being boarded" is followed a few seconds later by "boarding resolved, they're all buried up to their necks in holographic taffy and being rolled to the brig"

Com badges get lost etc but the ship so regularly loses lots of crew to boarders that pretty much any such system would entail less death and destruction on the ship.

Every second week the crew of the enterprise suffer amnesia about devices which would easily solve this weeks problem.

But there would be no tension or drama if the crew played full munchkin. There's long long long lists of "forgotten technology" which is shown to work in one episode but which is never ever applied again.

A version of start trek that consisted of just the captain lounging in his chair having a pina colada while the latest borg attack is dismembered would not be fun to watch, there would be no struggle and enemies playing to an equivalent level to make for proper drama would make battles almost incomprehensible to an audience.

Holograms by themselves are not solid. Solidity is instead created by manipulating force fields in such a way as to have the desired effect. This can be combined with a holographic image to create a convincing illusion of a real object, which will stand up to basic inspection such as touch. For things like food, the desired substance is replicated and beamed into place.

Force fields are used for security purposes, as seen in "Brothers" (TNG 4x03), where a mind-controlled(-ish?) Data triggers the security fields throughout the deck in a specific sequence, ironically preventing the ship's security personnel from stopping him. We've also seen multiple uses of force fields around the transporter pads, in both "Brothers" and "The Hunted" (TNG 3x11), though in the latter the field had to be dropped before the transporter could engage, which has its own issues.

None of these are lethal uses of force fields. This is intentional. If someone is boarding your vessel, you (probably) do not want to kill them, particularly if you are from the peaceful Federation. Instead, you want to detain the boarder, which is exactly what the aforementioned systems are designed to do.

Star Trek was designed with the idea that we're talking about normal people in normal circumstances. There are (mostly) no genetically engineered, cybernetically-enhanced, post-human walking gods on the main crew. Even Data, Geordi, and Worf have negative issues to go with their superior aspects.

Since the show is about the people, it would go against the very nature of the show to leave defense of the ship to a bunch of mindless automatons. Certainly, we see cases where automated defense system and the like exist, but it makes for a pretty boring story if the defense systems just work. And if the defenses need to fail three times an episode just so the crew can experience dramatically-interesting danger, why have them in the first place?

You can certainly make arguments for stories with plenty of dramatic tension without the bridge being taken over by hostiles every other episode, but that's just not the Star Trek we got.

9
What rank was Kirk when he first boarded the Enterprise in Star Trek (2009)?
20
Why Star Trek vessels are so big, when their crew is so small?
26
Why doesn't Worf use contractions?
12
When did 'Star Fleet' become 'Starfleet'?
14
When did the writers of Star Trek decide the Federation doesn't use money?
7
Why did the time ship have a mobile holographic emitter?