I know what's up with Dawn Summers because I've read about her on Wiki but haven't gotten to that part of season 5 yet.

Why isn't Dawn in Chaos Bleeds? I looked it up online but couldn't find answers. I may be looking in the wrong places or using the wrong keywords. 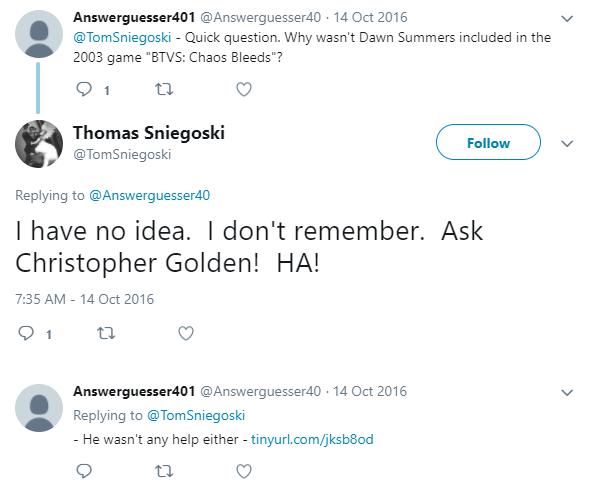 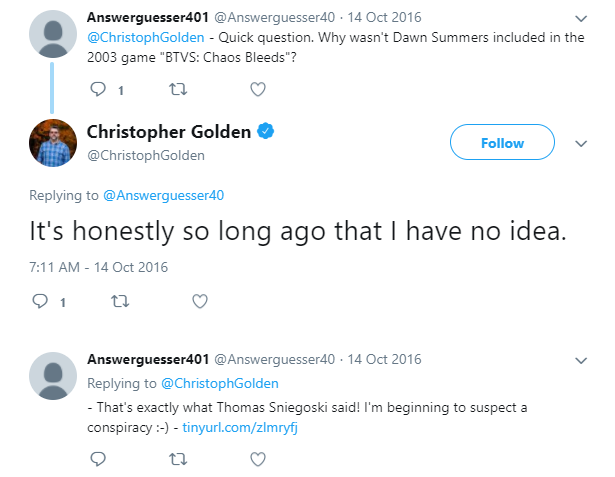 According to the novelization, Dawn is "staying with her friend Janice" during the events portrayed, something Buffy is grateful for given the threat level.

“Let’s go.” She moved ahead, hefting the bag of Slayer goodies she’d grabbed at her house in her left hand. She hadn’t had time for a shower, but a few extra weapons were never a bad idea and she took care of it. Dawn wasn’t home, and for a moment she’d been terrified. Then she remembered that her little sister was staying with her friend Janice. It was a risk having Dawn away from home, but on this night that wasn’t exactly a bad thing either. Her sister needed protecting, and better that she be with a regular family for the night than be at home alone when Kakistos was out and roaming the streets.

Not the answer you're looking for? Browse other questions tagged video-games buffy-the-vampire-slayer games or ask your own question.

15
Was Dawn created by altering reality or only memories?
19
What Were the Clues Foreshadowing Dawn Summers Appearing?
13
Why did Tara sabotage Willow's demon-finding spell?
2
Who was really talking to/fighting with Dawn at the end of “Conversations with Dead People”
12
Why isn't Buffy paid?
8
When Buffy comes to rescue Dawn, why do the vampires attack Buffy?
41
Why isn't Buffy a star athlete?
4
Why didn't Willow use the sunlight spell on the ubervamps?
3
Meaning of Horizon Zero Dawn audio datapoint