Is Tony Stark an "enhanced individual"?

I can't give you an verbatim quote because I don't own the film, but when I watched Captain America: Civil War I am fairly sure I heard Tony Stark being referred to as an "enhanced individual", at least in that he was part of a group of people who were collectively referred to as such.

Stark is one of the coolest Marvel characters, but from what I can tell his only actual superpower is that he's very wealthy (?).

I am aware that he has an artificial or artificially powered heart, which was replaced by a new organic heart or more traditional artificial heart in some of the comics. However I'm unaware of any superpowers that gives him.

I don't think they ever use the term "metahuman" anywhere in the Marvel Cinematic Universe -- that's a DC term. In the MCU, they have used the term enhanced" people, to describe superheros like the Avengers. For example, that is the term used in the Sokovia Accords, which Iron Man (but, possibly, not Tony Stark) falls under. 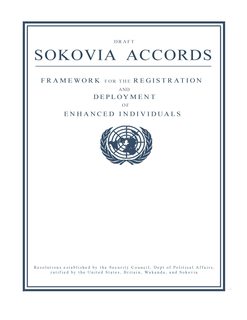 In this case, Tony would be considered "enhanced" only in the sense that he can pilot a special enhancement suit; James Rhodes and Sam Wilson (Falcon) are in the same category. As far as Tony's suits go, we've been told that they are keyed to him, specifically so the government can't steal them, so in his case it makes sense to consider him enhanced. It's not as clear how, for example, the Iron Patriot suit vs. James Rhodes as a person are listed under the Accords.

Note that Tony Stark, without the suit, is still a member of the Avengers; this means he falls under the Accords as long as he wants to continue in that role, because they also govern the Avengers behavior as a group. That's independent of him being "enhanced", though.

In addition to that, "being wealthy" isn't Tony's "superpower"; they don't play this up quite as much in the movies, but the idea is that Tony is a genius. He's generally considered the greatest engineer in the Marvel universe, ranked up with people like Reed Richards (not in the MCU, obviously), Hank Pym, and Bruce Banner as one of the smartest human beings alive. His wealth is a consequence of his genius.

Well, the average human doesn't have an arc reactor in their chest.

I would think the reactor alone would qulify him as an enhanced individual, whether it provides him with "super-powers" or not.

While we may not be clear on the effect it has, it would seem likely that some things that might out an ordinary human wouldn't take out someone whose heart is replaced with or partially powered by such a device.

In the comics, there's at least one story where Tony Stark was not affected by a poison, because that poison affects the heart, and his was artificial.

I was also under the impression that the arc reactor played some part in powering the Iron Man armors (although, of course, James Rhodes does not have an arc reactor in his chest, and can still pilot the War Machine/Iron Patriot suit).

Tony Stark doesn't have superpowers, but his suit does. For starters it can fly (really fast) & it can lift 100 tons easily which is exactly how much Hulk can lift who's by far the strongest Avenger in terms of pure strength. According to the power rankings of movie's characters on Marvel’s official website, Iron Man is the highest rated Avenger.

They're not dumb enough to exclude Iron Man who's powers levels rivals gods (Thor). Also under the regulations of Sokovia Accords, it is clearly stated -

So I'm pretty sure, Tony Stark falls under "individuals who utilize highly advanced technology to grant themselves superhuman capabilities".

Not the answer you're looking for? Browse other questions tagged marvel marvel-cinematic-universe captain-america iron-man captain-america-civil-war or ask your own question.

150
In "Civil War", why did Tony Stark and Steve Rogers choose sides that didn't reflect their attitudes?