We all know that a blade runner is a detective who hunts down replicants. There is an interesting out-of-universe story of how that name arose during production of the movie.1 However, is there any known reason within the Blade Runner universe why detectives like Deckard are given that particular title?

Note that "in universe" means I'm asking if there is a fictional reason why people in the Blade Runner universe call them blade runners - I already know why Ridley Scott called them that.

1It was the title of an unrelated screenplay by William S. Burroughs, which in turn was based on a book by Alan E. Nourse, in which a "bladerunner" is, quite logically, someone who smuggles medical instruments.

Although it's not mentioned in the film itself, there is apparently another source, although the canonicity is dubious (as the book also contradicts aspects of the movie) and subject to change if they ever did a movie sequel.

In the licensed novel sequel, Blade Runner 2: The Edge of Human, there is an explanation that it's an Anglicization of a foreign term used as a essentially a code word:

"From the start," Batty went on, "Those (German) companies had replicants on-line whose sole purpose was to keep other replicants from escaping and trying to pass themselves off as human. That's where the name "blade runner" comes from; those enforcement replicants were originally called Bleibruhigers. Bleib ruhig is German for 'stay quiet.' And that's what they did, they kept everything nice and quiet; most people around the turn of the century weren't even aware that the replicant technology had been developed. Then when Tyrell and the U.N. brought everything over to the States, and the catching of escaped replicants became a police function, that's when Bleibruhiger got Anglicized to blade runner. The term doesn't make sense, otherwise."

It's an after-the-fact rationalization, and there are probably other contradicting explanations advanced over the years by various sources, but that's the only one I'm currently aware of.

The answer is simple:

it's a literary, elegant, way to exactly describe the extremely difficult situation a bladerunner finds themselves in:

at all moments they are "on a knife's edge," if you will, between: total disaster, horrible consequences, appalling moral decisions, immediate overwhelming physical danger, in a horribly troubling historical-social milieu, where every outcome is very bad for society and the bladerunners themselves, and the impossibly difficult decisions they have to make, are at the very heart of these problems...

If you think of phrases like: "between a rock and a hard place" or "on a knife's edge" or "no rest for the wicked" or "nowhere to run to baby, nowhere to hide" or "walking on broken glass" ....... being a "blade runner" is a really wonderful, literate, turn of phrase added to the language:

as soon as you hear it - the idea of running along a razor blade! - you're immediately in a place where you're rushing as if in battle, with horrors both behind and ahead, and there's a horrific bloody mess if you fall in any of four directions or you pause for a second ... gruesome!

So, it doesn't "mean" something specifically (there's no key or plot connection): Just as other great names or invented terms from literature don't "mean" anything ... Holly Golightly, Horatio Honrblower, Professor Dumbledore ... but these connected words are incredibly suggestive, both precisely, emotionally and subconsciously:

so, it's just the outright greatest "invented future slang term", and it epitomizes the horrible, urgent, nightmarish dilemma (... both existential and immediately physical ...) which Deckard and Batty find themselves in.

(I think it's incredible the way HF played Deckard as just a man - no superspy heroics, no great philosophical certainty .. he's just a man ... for example, when Leon's about to kill him 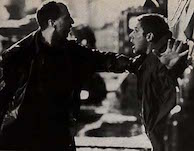 he's no hero in a tank-top, just a guy running on the "edge of a knife" through life, with no real solutions, no answers, just questions and immediate danger.)

Even though the name evokes a certain flair, the name 'Blade Runner' was chosen by the Director of the film because it was a "nice, threatening name that neatly described a violent action".

That was on a Friday. Hampton slunk in the next Monday. We had our meeting, and he said, "By the way, I've come up with a name." And I asked, "What is it?" But instead of telling me, he wrote it down. And as he handed the slip of paper Hampton said, "It's better that you read it than hear it."
Of course, it read "Blade Runner." I said, "That's great! It's wonderful!" But the more I enthused about it, the more Hampton looked guiltier and guiltier. So I asked, "Where'd it come from? Is it yours?" [laughs] Finally, he said, "Well . . . no, not really. Actually, it's William Burroughs's. From a slim book he wrote in 1979 called 'Blade Runner: A Movie' And I said, "Well, we gotta buy it, we gotta buy it!"
Burroughs, who turned out to be a fan of Philip Dick's, then said "Sure!" when we approached him, and gave it to us for a nominal fee. So that's how the title was acquired. I thought the words "Blade Runner" very well-suited our needs. It was a nice, threatening name that neatly described a violent action.

PS: It also neatly describes Deckard's character', which runs on the knife's edge between humanity and inhumanity.

The name was on Hampton Francher's initial film treatments. When Ridley Scott read the story he really liked the term 'blade runner'.

Francher had to explain to him that he got the title from William S. Burrough's novel 'Blade Runner: A Movie'. 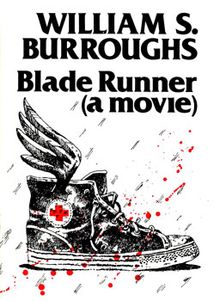 Scott liked it enough he got the rights to the book (and title).

Burrough's got the idea from Alan Nourse's novel, 'The Bladerunner', which he apparently really enjoyed. 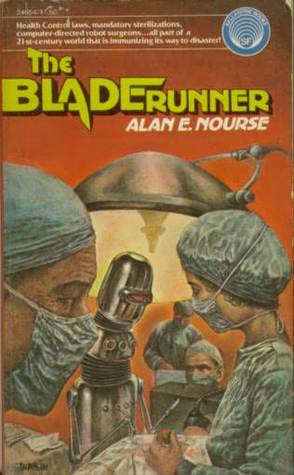 Burrough's negotiated the rights to create a screenplay of Nourse's novel (which is definitely worth a read and fits in quite a bit with Scott and Syd Mead's vision of the world).

As an aside, the other significant influence for Mead's vision of the BR world is Moebius' (Jean Giraud) art for Dan O'Bannon's 'The Long Tomorrow' (which also significantly influenced much of what would become the vision for the dystopian cyberpunk worlds, including influencing William Gibson). 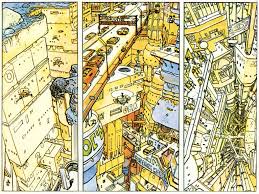 Not the answer you're looking for? Browse other questions tagged names blade-runner blade-runner-series or ask your own question.

74
Why did they name the movie "Blade Runner"?