How does the Flash move through space?

In The Flash #136 (1998), the Flash was challenged by Cosmic Gamblers to a race. He ends up winning the race by getting all of humanity to help him: 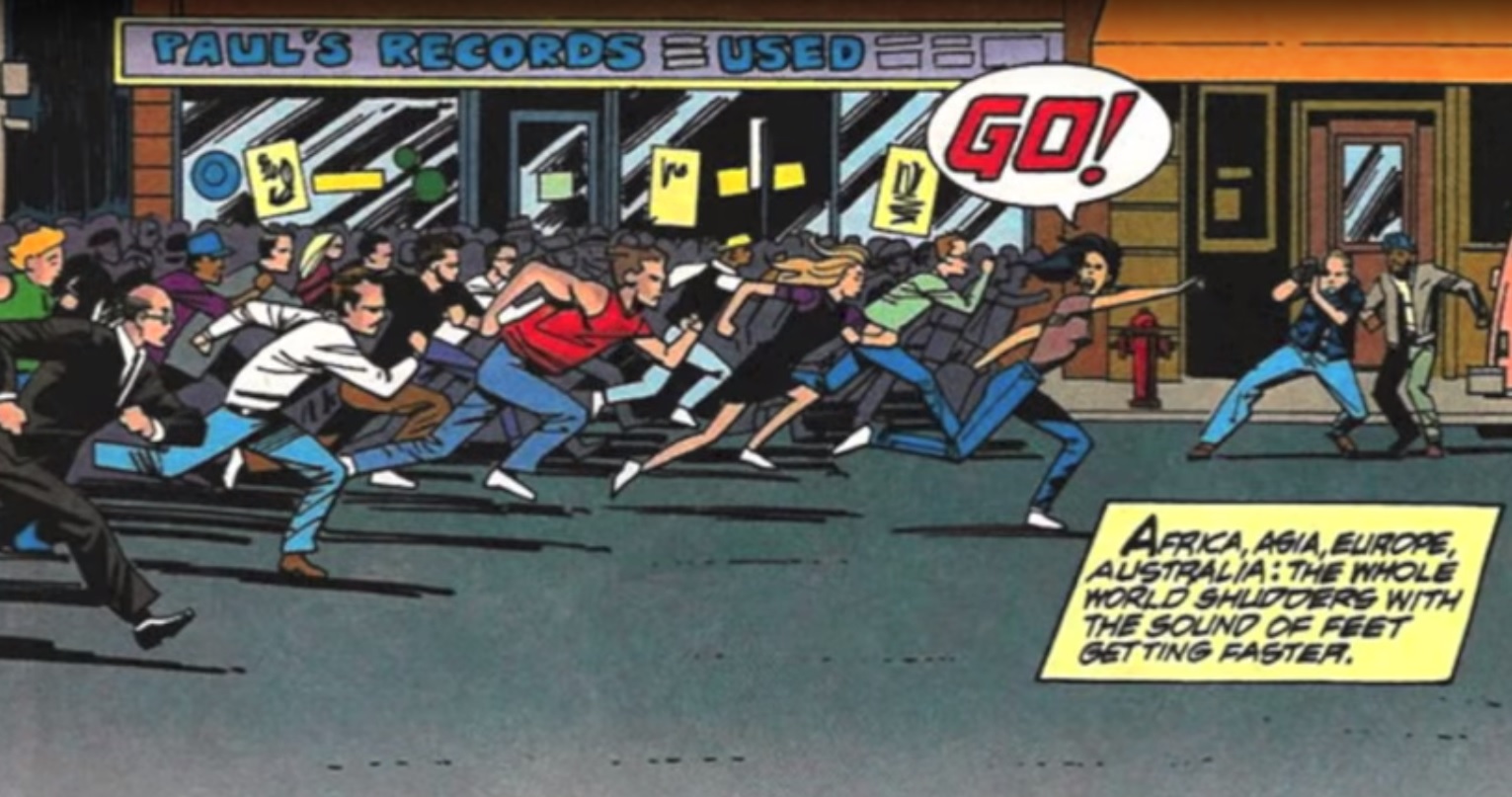 He then wins the race and beats a teleporter: 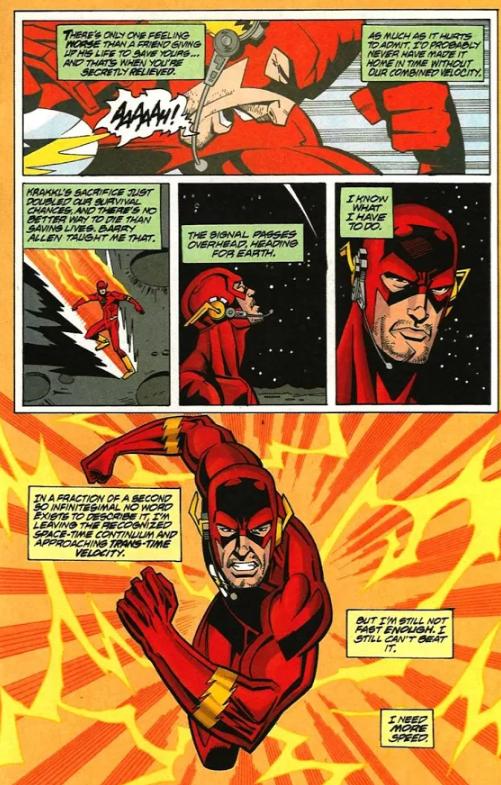 So how does he moves through space? I mean there is no medium for him to run on like ground or a solid object in space ,so how does he do it?

The Flash cannot move through interstellar or intergalactic space. In the instance mentioned by the original post, the "track" is provided by the alien extraterrestrials sponsoring the race. The Speed Force is not responsible for the Flash being able to run in space as is often mistakenly thought. The Flash is limited to running on a surface.

In the story called The Human Race (Flash #136 to #141) humanity is threatened by cosmic beings of immense capacity. An alien racer lands on Earth dying from exhaustion leaving only a cryptic message about being "too slow." The threat arrives in the form of cosmic, chair-bound aliens whose designs resemble Marvel's Celestials. 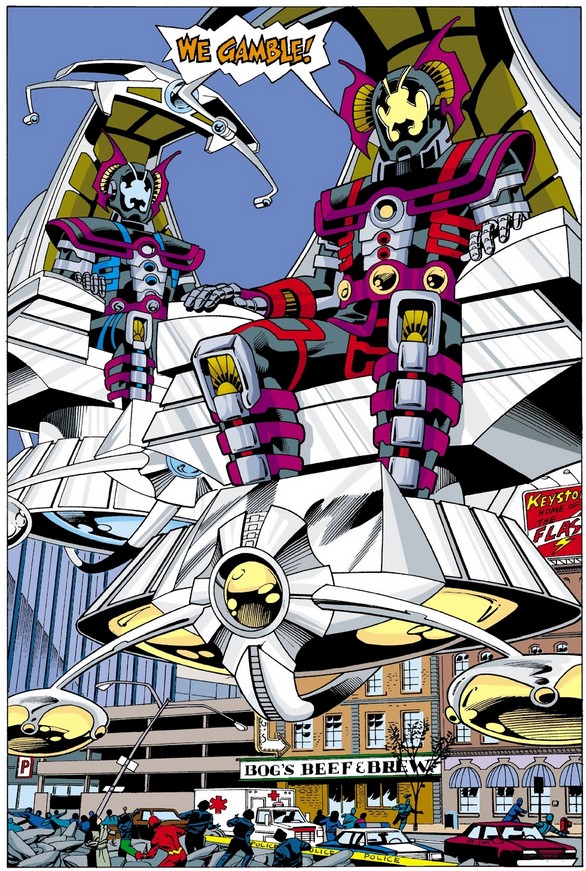 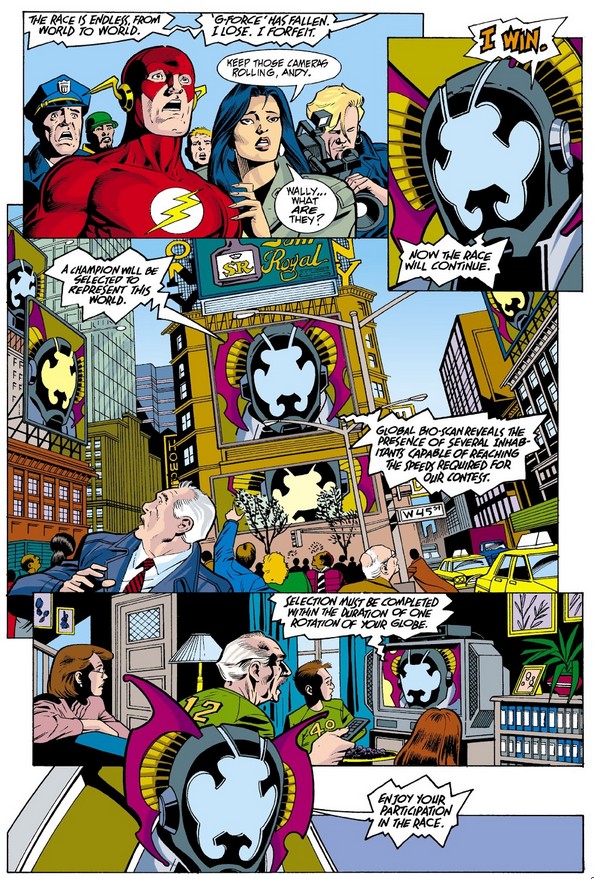 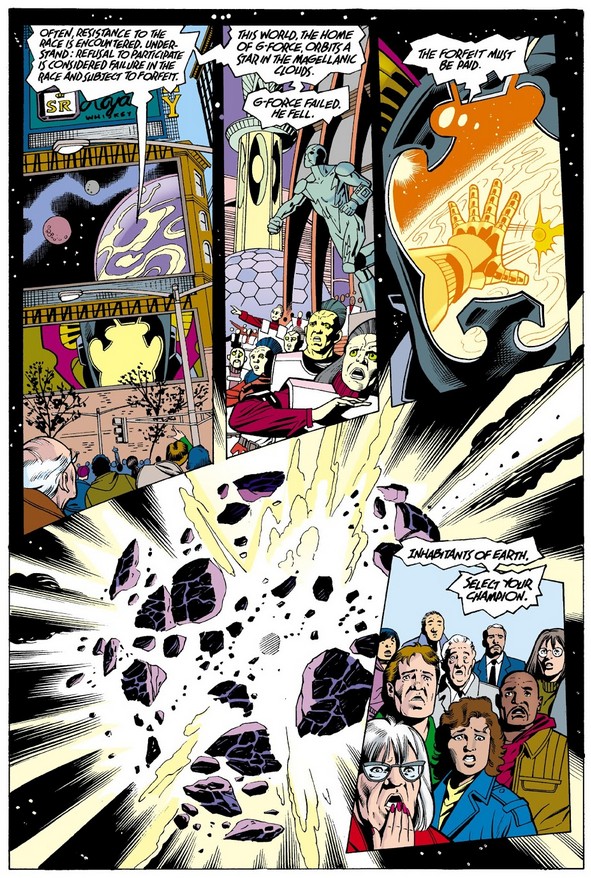 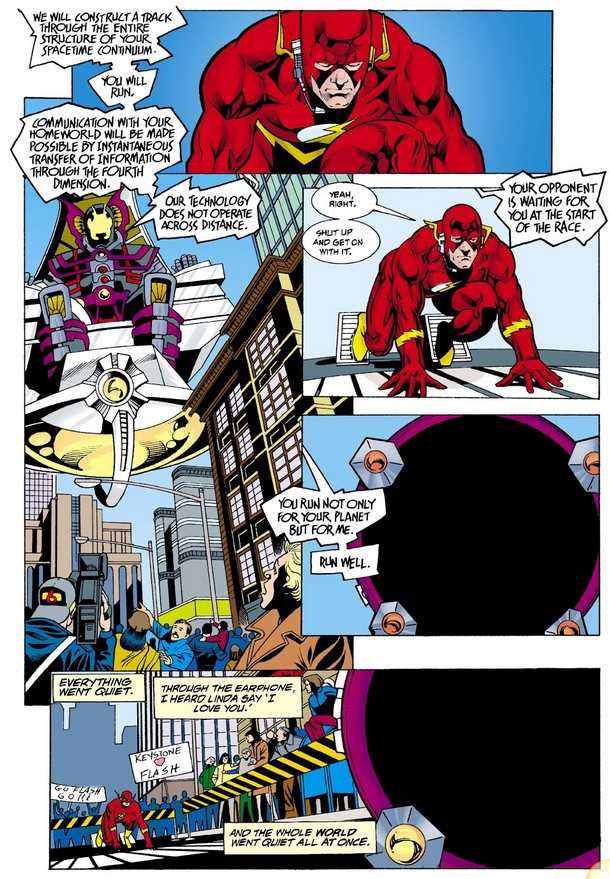 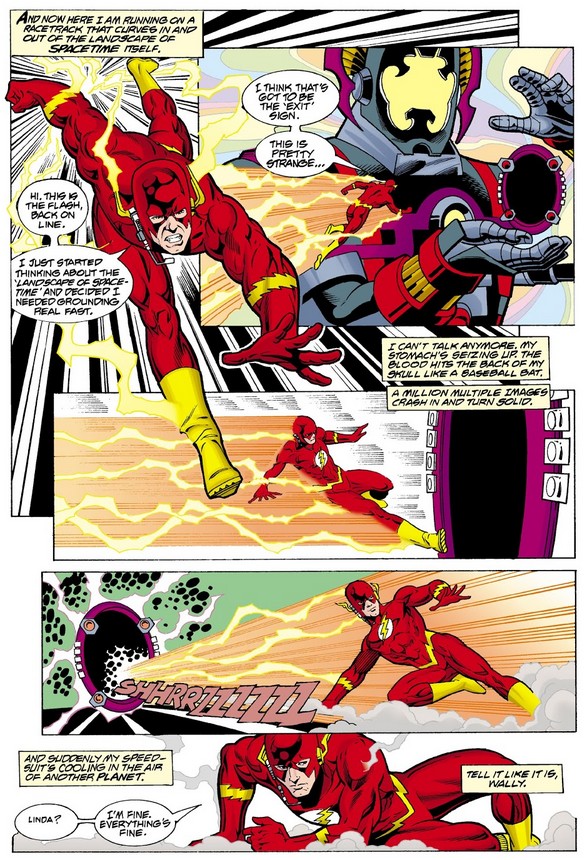 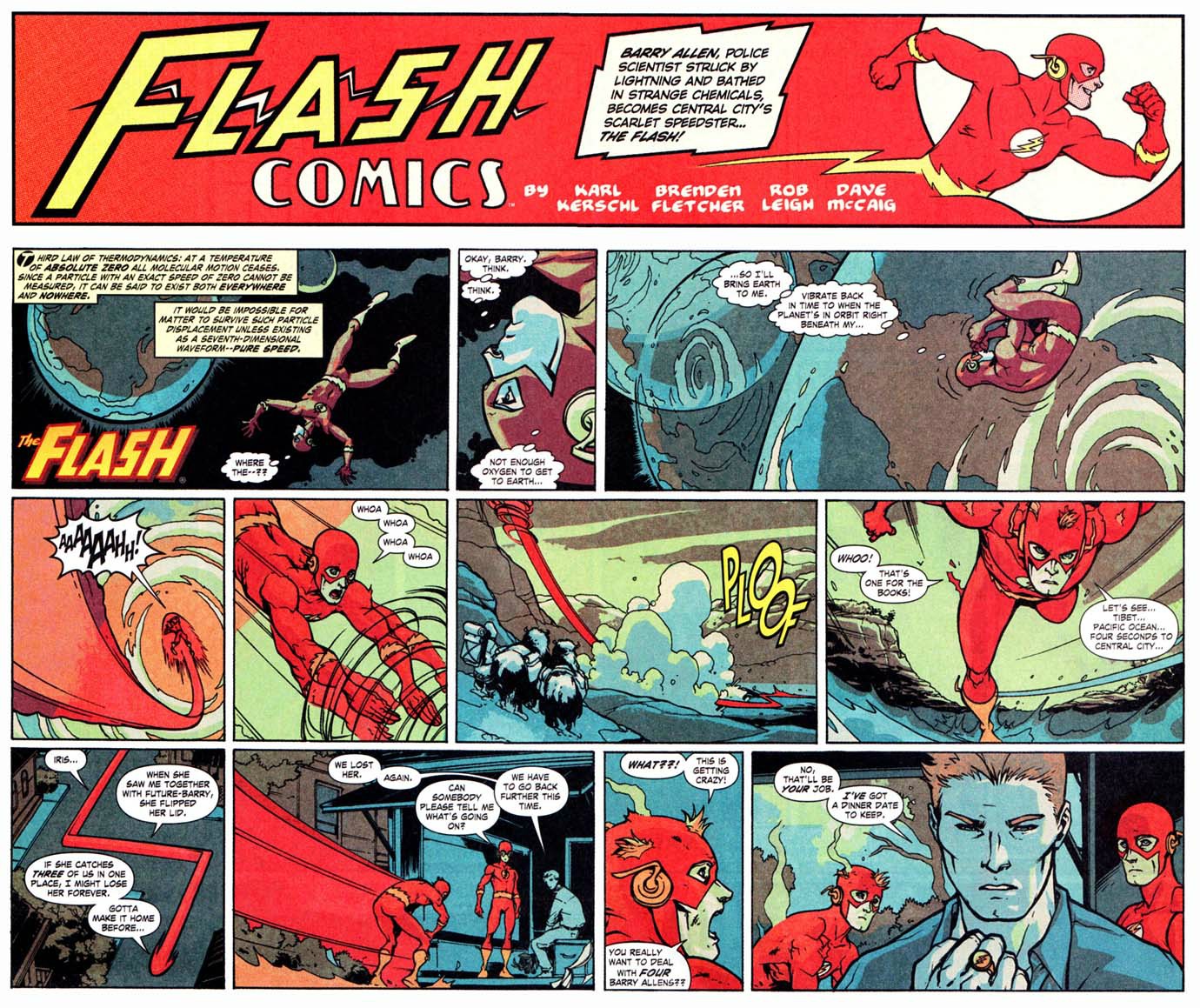 The above excerpt from Wednesday Comics shows a few different mechanisms Flash can use to travel through Space-Time... time travel, vibration, vortices, and running. Flash, by and large, is not governed by mechanics... or it might be fair to say, he isn't universally governed my mechanics consistently. He often will invoke a physical principle or mechanic to his benefit in one area or respect, but ignore it in whole or in part in another area, arena, aspect, or respect.

The wind vortices are a good example... when he needs them to provide thrust to push himself back (and up) to slow his descent, they work to do that... but, conversely, if he needs them to generate a forwards wind while he's planted on the ground, suddenly that thrust effect on his person is ignored. The wind only blows forwards towards the enemy, fire, or whatever... but he doesn't get blown or thrown back.

This arbitrary ignoring of consequences is the basis of many of Flash's techniques like the Infinite Mass Punch, running faster than escape velocity, eating copious calories, etc.

There is no particular reason that Mercury should run instead of fly or teleport... as a fictional god those constraints are arbitrary, but they're built into the fabric of our mythology and culture and create the expectation of what a speedster is or should be. So the Speed Force is an arbitrary literary construction that just gives Flash all the justification to be like Mercury without admitting he's a modern-day magical god. Understanding this explains why most mechanical explanations of Flash ultimately fall short because, under-girding it all, is the desire to make sure he fits that imprint.

Even if cherry picking all his powers across his comic history suggest he should be able to hit stronger than Superman (JLA), travel through time at will in a blink, think faster and smarter than Batman (DC One Million), freeze people in place like Medusa (speed steal), be immortal (JLA), etc. he will always, eventually, reset to the Mercury archetype which is a more powerful pull upon the character than the concerns of technical, scientific continuity.

23
In which comic is The Flash sent flying into space after slipping on an atomic banana peel?