In the trailer for the upcoming movie Logan (2016),

we can see that Wolverine's back is covered in scars: 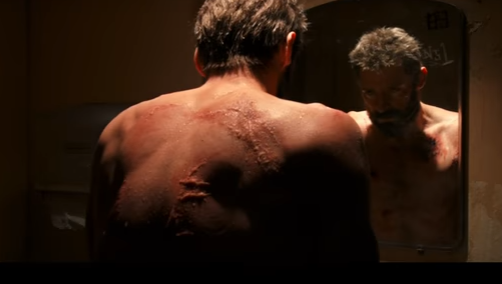 However, in the rest of Fox's X-Men/Wolverine movies, he always heals without leaving scars.

Why or what would cause him to have scars that his healing can't fix?

Director James Mangold answered this in an interview with Empire Online.

In this XCU version, Logan's healing factor abilities have altered over time. While they still heal him, they no longer heal him perfectly, leaving scars.

“One of the things we all thought about as we worked on this film is, well, we don’t want to rebuild everything. We want to have some questions. In order to make a different Logan, and a different tone of a Wolverine movie, we felt like we couldn’t hold on to every tradition established in all the movies religiously, or we’d be trapped by the decisions made before us. So we questioned whether Logan’s healing factor causes him to heal without even a scar. We imagined that it may have when he was younger, but with age, he’s getting older and ailing. Perhaps his healing factor no longer produces baby-soft skin. So we imagined he heals quickly, still, but it leaves a scar. The simple idea was that his body would start to get a little more ravaged with a kind of tattooing of past battles, lacerations that remain of previous conflicts.”

In the final cut of the movie, his healing factor not only just leaves scars, it also works MUCH slower. It is heavily implied that the adamantium inside him is poisoning him, resulting in a decreased healing factor.

No, his healing factor is not working as before

As explained in the official screenplay: 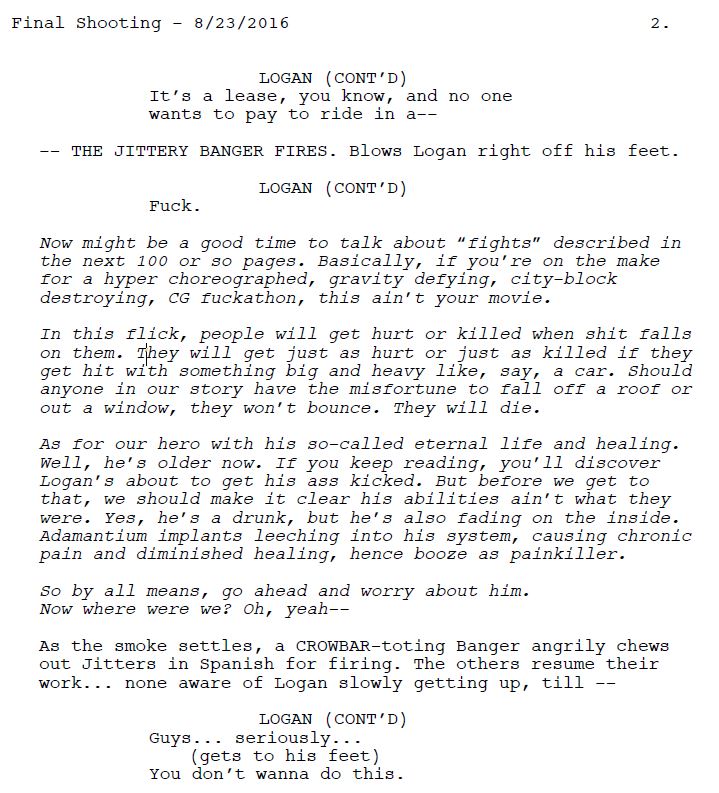 Now might be a good time to talk about “fights” described in the next 100 or so pages. Basically, if you’re on the make for a hyper choreographed, gravity defying, city-block destroying, CG fuckathon, this ain’t your movie.

In this flick, people will get hurt or killed when shit falls on them. They will get just as hurt or just as killed if they get hit with something big and heavy like, say, a car. Should anyone in our story have the misfortune to fall off a roof or out a window, they won’t bounce. They will die.

As for our hero with his so-called eternal life and healing. Well, he’s older now. If you keep reading, you’ll discover Logan’s about to get his ass kicked. But before we get to that, we should make it clear his abilities ain’t what they were. Yes, he’s a drunk, but he’s also fading on the inside. Adamantium implants leeching into his system, causing chronic pain and diminished healing, hence booze as painkiller.

He's older, and the Adamantium plating of his is slowly poisoning him[1].

0
Has Logan aged considerably in the new movie Logan?
24
In Logan, what disease is this character dying of?