Does Husk Have to Pull off Her Shed Skin?

I am currently trying to catch up on X-Men, and was curious about the character of Paige Guthrie, who uses the code name 'Husk', due to her mutant ability to shed her skin. However, I have noticed through several pictures that she is shown pulling off the skin.

I am just curious , does she HAVE to pull off the shed skin or will it just fall off on its own?

As of X-Men: Regenesis Vol. 1, Paige has been shown as spontaneously molting under high stress with patches of her skin falling off, each with different forms below. 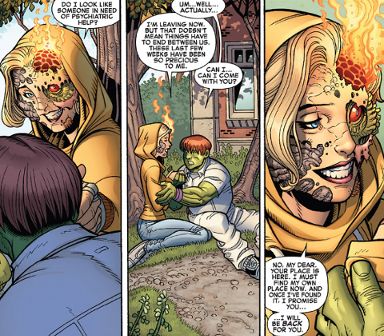 In addition, the story has Toad forcibly removing layers of skin from Husk, suggesting that, at least in this molting state, the skin does not have to be removed voluntarily. This has been stated to be a new development in her powers, as Wolverine and the X-Men #41 states that it's due to a "secondary mutation". 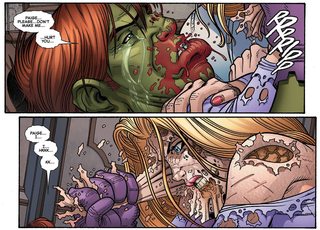 Normally, it requires her to pull the top layer of skin off her body to expose the new skin and access the ability. it can be removed via trauma or impacts. I haven't seen it just "fall off" though.

6
Why does Magneto control the wires instead of Shaw's helmet?
0
Could Magneto harm Husk?
1
What is Cyclops doing during the Wolverine/Mystique Fight?
3
Is Jean Grey the only person Toad has slimed?
12
Does Rogue ever take advantage of the removable power suppression we see?
21
Is Rebecca Romijn/Jennifer Lawrence Mystique's “natural” human form?
3
Can other people touch Rogue?
4
Does Storm have any family, i.e. are Spyke and Mij'nari canon in the main Marvel universe?