Why was Toph put in a wooden cell in the Fire Nation city in Season 3 Episode 7?

It doesn't make any sense that Toph is put in a wooden cell. Reasons -

The simplest and best explanation is that they knew she was an earthbender. There are two ways they might have known:

The dialogue suggests strongly that #2 was true:

Toph: (alarmed) Hey, what kind of cell is this?

Female Fire Nation Officer: (through the bars) A wooden one.

Cut to the mayor's office. The mayor is opening a moneybox for Katara when the door creaks open. The mayor points to Katara and speaks to a person in the doorway.)

Mayor: That's her. That's the girl you were looking for.

(Katara turns around to see the hulking figure of Combustion Man looming over her.... Katara has joined Toph in her cell.)

Katara: Really? No kidding. Is that why we're sitting in a wooden cage right now? Gee, how'd you figure out it was a trap? 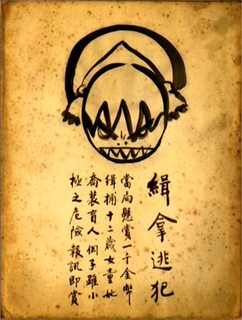 23
What does Toph's wanted poster say?

17
How does the Fire Nation survive through the 100 years between appearances of Sozin's comet?
5
Why it was so important for Bumi that Momo was with Aang while he was preparing for the final battle?
13
How did the fire nation kill all airbenders?
3
Why didn't Prince Zuko's mother stop the Fire Lord from scarring him?
2
Did the Fire Nation support child labour?
5
Why was Chinese chosen as the written language in "The Last Airbender"?
3
How come Korra could bend three elements so young before training?
6
Why was the Fire Nation so indifferent about the Northern Water Tribe after conquering the Earth Kingdom?
0
Why does Zuko cry at the top of the mountain in book 2 episode 9 ("Bitter Work")?