Are the off-world colonies really a "golden land of opportunity"?

In Blade Runner, there seems to be quite a marketing campaign for emigration to the off-world colonies, e.g.,

"A new life awaits you in the off-world colonies, a chance to begin again in a golden land of opportunity and adventure."

Is there any evidence that people emigrating are actually better off than staying on Earth? The job descriptions of the replicants Deckard is tasked with "retiring" don't seem consistent with the colonies being wonderful places. If the colonies offered a good life, would they have to do so much advertising?

Evidence in the film? Some, but not much. All bad.

Roy is described as a

It seems likely that his role was either to put down mutinies amongst the colonists, or to protect the colonists against uprisings by the replicants. Either way it's not a bed of roses up there if they need super-soldiers to stop the place from tipping into anarchy. 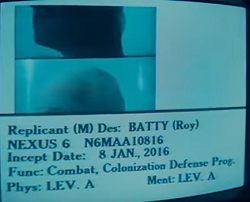 Zhora is described as a

Given how openly this is stated, it seems highly likely that her role was to infiltrate and kill the leaders of insurgencies against the colony's leadership. 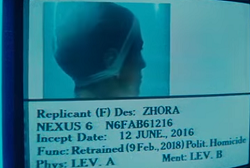 Beyond that there's not a whole lot to go on but it doesn't sound great.

Evidence in the source novella? Some, not great. Better than Earth.

After the owls, of course, the other birds followed, but by then the mystery had been grasped and understood. A meager colonization program had been underway before the war but now that the sun had ceased to shine on Earth the colonization entered an entirely new phase. In connection with this a weapon of war, the Synthetic Freedom Fighter, had been modified; able to function on an alien world the humanoid robot — strictly speaking, the organic android — had become the mobile donkey engine of the colonization program.

Under U.N. law each emigrant automatically received possession of an android subtype of his choice, and, by 1990, the variety of subtypes passed all understanding, in the manner of American automobiles of the 1960s. That had been the ultimate incentive of emigration: the android servant as carrot, the radioactive fallout as stick. The U.N. had made it easy to emigrate, difficult if not impossible to stay. Loitering on Earth potentially meant finding oneself abruptly classed as biologically unacceptable, a menace to the pristine heredity of the race. Once pegged as special, a citizen, even if accepting sterilization, dropped out of history. He ceased, in effect, to be part of mankind. And yet persons here and there declined to migrate; that, even to those involved, constituted a perplexing irrationality. Logically, every regular should have emigrated already. Perhaps, deformed as it was, Earth remained familiar, to be clung to. Or possibly the non-emigrant imagined that the tent of dust would deplete itself finally. In any case thousands of individuals remained, most of them constellated in urban areas where they could physically see one another, take heart at their mutual presence. Those appeared to be the relatively sane ones. And, in dubious addition to them, occasional peculiar entities remained in the virtually abandoned suburbs.

Do Androids Dream of Electric Sheep?

Evidence in the follow-up novel? Loads. All bad.

That's what the U.N. authorities, the ones in charge of the off-world colonies, have gotten into such a sweat about. Only they can't come right out and admit that they screwed up, that their entire strategy for making the colonies attractive to potential settlers is a disaster, that it leads to garrison states, like ancient Sparta armed to the teeth against its own helots -- or else fields of bones on other planets, if the replicants manage to pull off a successful rebellion and the U.N. has to send in a military unit to sterilize the place, keep the infection from spreading. There's all kinds of things happening out there in the colonies that the authorities aren't telling the people here on Earth. It wouldn't exactly make good recruiting propaganda, would it?"

Blade Runner: The Edge of Human

The other comments offer some material from the movie and books, but consider as well Roy's soliloquy from the end of the film, in which he says:

I've seen things you people wouldn't believe: attack ships on fire off the shoulder of Orion. I watched C-beams glitter in the dark near the Tannhäuser Gate.

These are not signs of a "golden land of opportunity", but it does sound like there's a fair bit of "adventure". What this suggests to me is that there are not only battles waged in space between well-resourced enemies (perhaps intercorporate warfare over colonial assets?), but battles using coherent beam weapons that actually threaten the mechanisms of interstellar travel (evidently a gate system of some kind).

Don't let the advertising fool you. It's war out there.

Not the answer you're looking for? Browse other questions tagged blade-runner-series blade-runner or ask your own question.

3
In Blade Runner why is Earth in such decay vs Offworlds that are (apparently) much better?

14
Are the owls in Futurama a backwards reference to Blade Runner and Do Androids Dream of Electric Sheep?
9
Are there any replicants with identical appearances in the Blade Runner universe?
10
Why are the new replicants in Blade Runner 2049 allowed to exist?
38
How are the off-world colonies reached in Blade Runner?
14
Do we know when the Blade Runner's universe splits from our own?
21
What are all the known questions that have been asked as part of a Voigt-Kampff test?