Religion in the Marvel universe?

Religion often comes into play in the Marvel Universe where mutants are concerned.

William Stryker is a religious fanatic, convinced that mutants are an abomination, and has attacked the mutants on a grand scale on many occasions. Bolivar Trask is a military scientist, but his work has often dovetailed into Stryker's plans, leading one to assume that religion factors into his anti-mutant positions.

Trask's creations, Master Mold and the Sentinels, eventually lead to the development of Nimrod, named after a Genesis reference.

Magneto has been viewed as a "god," both by himself and his followers, sometimes called "acolytes." They often employ a Catholic approach to their structure.

Then, there are the supporting characters: The Shi'ar, the Brood, the Phoenix worshippers, Apocalypse, etc.

Outside of the mutants, the only instances I can think of that involve religious interactions are Daredevil, who is Catholic; Thing, who is Jewish; and Black Panther, who worships African gods.

Nightcrawler, as mentioned in another question, is a serious catholic and has been trying to become a priest for many years in the X-Men series.

And since Thor is merely a being from another plane of existence, his "godlike" status is merely a self proclaimed title. He can't prove that he is or isn't a god, and since faith itself cannot exist with absolute proof, by definition, I don't think that Thor's existence in the Marvel Universe would have much influence on other characters in that universe.

And Night crawler's dad is Azazel, who was the leader of "demons" as they were believed in biblical times and was sentenced to live in a parallel dimension that was believed to be the Hell of biblical legend.

There's also Mephisto which is probably as close to Satan as the Marvel universe is willing to go, so there are other godlike creatures featured.

Not yet covered is the new Ms. Marvel: Kamala Khan who is the first mainstream Muslim in the Marvel lineup. 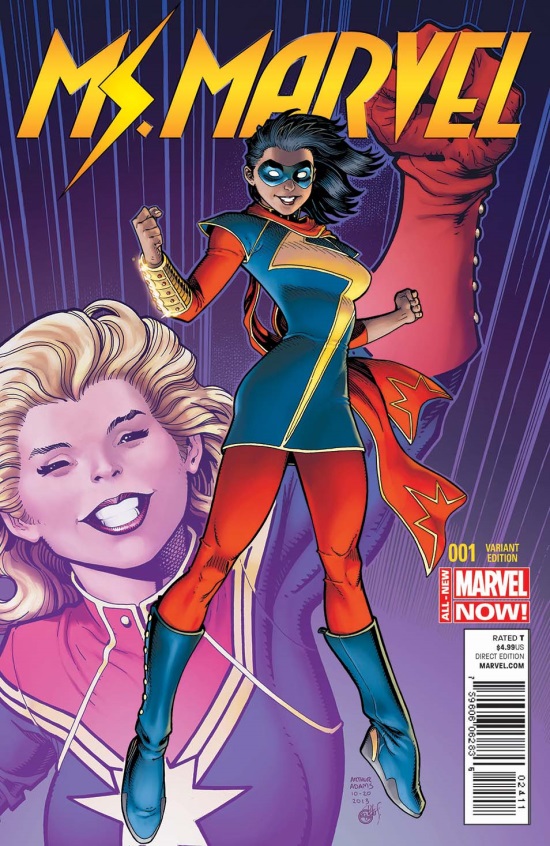 It's worth noting that the Christian god (Yahweh) literally exists in the Marvel Earth-616 Universe, making multiple appearances in both Thor and Howard the Duck.

You can't get more referential than that :-) 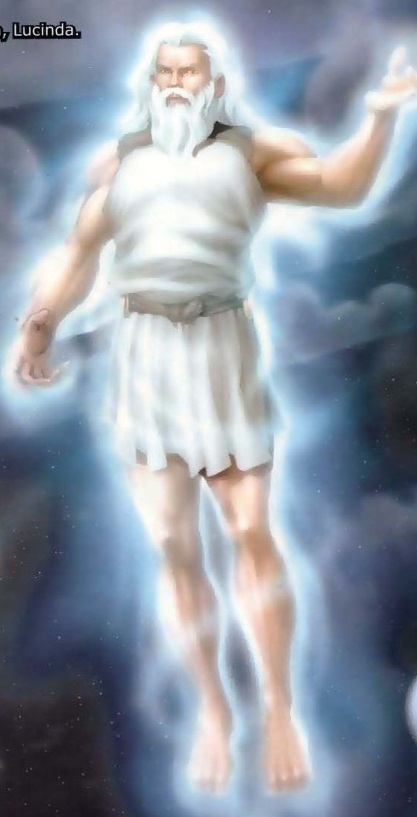 The Marvel we know and love of today was created by Stan Lee. Lee, himself grew up Jewish. As his life progressed, though, Lee doubted these beliefs in part and became an agnostic. Personally, he knew what he believed, most of which was of Christian ways, but couldn't quite fit them into any certain doctrine. Intentionally or not, this style of thinking became his style of writing.

Even without regard to Lee's personal beliefs, we can still find a logical explanation within the pages of the comics themselves. In the Ghost Rider comics, we find areas where Satan (later renamed Mephisto) has come for Ghost Rider's soul. However, he is stopped by none other than "The Friend", a character which is basically Jesus in human form. Other times, we see characters described as the supreme or one above all. Arguably, The Living Tribunal, Eternity, and Infinity could possibly be characterizations of God, Jesus, and the Holy Ghost.

Now I know that many of you are thinking "Excuse me. What about Thor?" and I get that. The thing with Thor, Odin, and the like is that they aren't really 'gods'. They are actually described as aliens from another planet. Hence, Asgard was able to be placed floating over Oklahoma during the Siege story arch, because, if it were a divine place like Heaven, it would not be visitable by mortals. This is also how Marvel includes Namor of Atlantean legend, Hercules of Greek mythology, and Ares in the comics alongside Asgardians. Throughout the comics, Marvel has tended to stick to the common belief held by most mainstream characters: "There is no such thing as magic; it is just science that hasn't been discovered yet." Most prominently, Doctor Strange's abilities have been described as 'enhanced cellular repurposing'. Wanda Maximoff, the Scarlet Witch, basically only has the mutant ability to alter probability. All of these give the illusion of magic but in essence, aren't truly magic.

All in all, Marvel DOES have a basic or theme religion: Christianity with a teeny dose of Secular Humanism. Then again, what does it matter? Does anyone actually read comics for spiritual guidance? No. Of course, not. That's why we have Bibles. :)

Not the answer you're looking for? Browse other questions tagged comics marvel religion or ask your own question.

24
What is Captain America's religion?
7
Does Howard the Duck ever cross into Earth 616?
12
What religious effects did Thor's appearance have?

14
In Marvel Comics, why did the Asgardians cut off contact with Midgard (i.e. Earth)?
12
What religious effects did Thor's appearance have?
43
Are there any actual gods in Marvel comics?
7
How much of Tolkien's lore is based on Abrahamic religions?
14
What comic books exist in the Marvel Cinematic Universe?
8
Have there been any changes, schism, heresy or branches of religions in Planetos?
4
What is the in universe relationship between the Asgardians and Nordic cultures?
8
Does Marvel have a designated gender-swapped universe in the comics?