Sci-fi collection: duel between blaster and crossbow, slug eaten alive by butterflies, boy who doesn't want to be teleported

I remember reading a book as a young boy and I'd like to get some help in finding it again.

As I recall it was a collection of short stories.

One of the stories involved a duel between two people. One was armed with a crossbow and the other a blaster. The whole story was more or less about the guy with the crossbow, on how he prepared himself and tracked his "prey" (the other duelist) But in the end he got shot and killed by the other guy with the blaster.

Another story in this collection was a man that was on a planet. I can't remember how he got there but I do remember the text describing a creature similar to a giant slug that was peaceful. And suddenly small butterfly shaped creatures landed on it. As more and more of these creatures landed on it it started to wriggle in pain and eventually the man understood that the butterfly creatures was eating it alive until they flew away and all that was left was a skeleton.

Third story I remember was about a boy that went to school. And in this school they used teleporters, but the boy didn't want to use it as he didn't like the idea of being disassembled to molecules and then put back together again.

Does anyone know which book it is? I remember spaceships on the cover with one of them being painted in tiger-stripes.

story-identification short-stories
Share
Improve this question
edited May 31 at 23:36

This sounds like it could be The Terran Trade Authority short story "Nimrodian Club".

"The Nimrodian Club was an organization founded in 2314 by Robin Maxwell, an incredibly rich man who was bored with life. Other founding members included Carl Hinton and Tristram Keeler-Finch. The rules of the club were that each year a computer would randomly select two members of the club. One week later, they would face off in a duel in a secluded woody area, and be charged with hunting the other down. The victor would be the one who killed the other; if one ran away, then the entire club would be charged with hunting down and killing him. The only exception would be for members who were gravely wounded. The first lot was drawn on June 22nd, 2314, placing Hinton against Maxwell one week later. Hinton won, cutting Maxwell in half with a laser. "

I specifically remember Maxwell selecting a crossbow as a non-energy weapon to minimize chances of being detected. However, it doesn't work and Hinton kills him.

This story was published in the collection "Great Space Battles". I believe one of the variant covers featured the tiger striped ship to which you are referring. A brief video clip can be found showing such a ship at timeline 2:27 here at timeline 2:27.

Another picture can be seen below.

Alternatively it might be one of these other collections in which the Nimrodian Club appeared here.

Or, the following are images from The Terran Trade Authority art 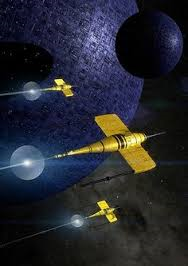 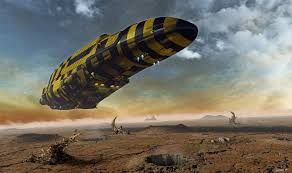 Or, one of the other books in the Terran Trade Authority Handbook series called Spacewreck: Ghostships and Derelicts of Space which had a cover with a crashed spaceship with stripes. 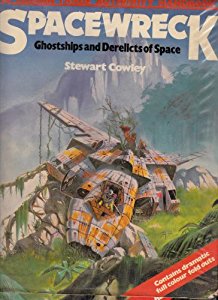 I know this was asked several years ago, but the third story in the question is likely to be "It's such a beautiful day" by Isaac Asimov. The story is about a boy who sees a teleporter break down/fail and starts to wonder what would happen if he were entering or being teleported when the failure occurred. He then takes to walking home in preference. He is only detected when he contracts a cold and his mother takes him to a doctor, who attempts to treat him but in the end decides to take a walk outside with the boy. The Dr eventually comes around to the boy's point of view and starts walking outside too.

The story has appeared in numerous collections according to ISFDB, however none of the shared collections seem to have a tiger-striped spaceship. The only one I could find was an Asimov collection "The Best Science Fiction of Isaac Asimov, but none of the other stories in there fit the description by the OP.

15
Scifi short story with a star in a jar
12
Short story about creatures living under stone ruins possibly in Western Australia
2
Collection of stories about young boy and his brother encountering aliens in suburbia
10
Short story about a group of people who infiltrate a fortress of monsters
9
Short Story where a girl with magic in a jar loses her magic when the jar is smashed
1
70s-80s sci-fi collection with aliens and a girl werewolf who may have eaten cats
12
Man crashes on planet and is treated nicely by natives, then nastily by another group. Possibly Isaac Asimov story
11
Science Fiction book about large space… creatures