Which Game of Thrones cast members are shown in this photo from a Seville, Spain soccer match? 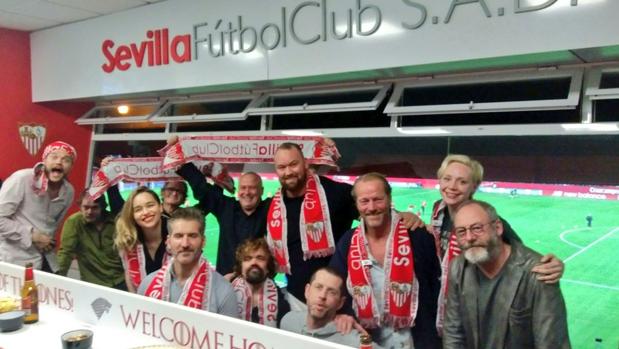 This photo was taken this evening in Seville, Spain, into Sanchez Pizjuán Stadium. Obviously the people in it are from the cast of "Game of thrones" but I can't identify all of them (not a very good photo, I'm afraid).

Can you help me?

I should preface this by saying that the following may contain spoilers, in that knowing the location of shooting, and knowing that certain actors were present in that location, you may be spoiled as to who appears where. Just sayin'.

That is a photo from a recent football match from the Sevilla Fútbol Club when they were up against FC Barcelona about 1 hour ago. Tweeted by the official Sevilla twitter account.

The match was highlighted by the appearance of the Game of Thrones cast (who were currently filming scenes in Seville for season 7 of the show) who attended the match in support of Seville.

Although Mike has most of the cast covered in his answer, here's what he missed:
[from left to right - the ones with a "*" were covered by Mike's answer]

For anyone who's interested, the match ended with the following result: 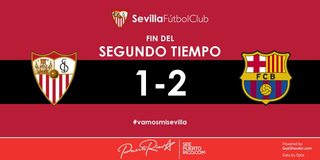 Here's a nice video of the cast members entering their VIP watching area, where you can see the actors a little bit more clearly:

From left to right, they are:

Not the answer you're looking for? Browse other questions tagged game-of-thrones actor-identification or ask your own question.