How did Waterworld flood?

At the beginning of Waterworld, we learn that the entire world is completely submerged

"The future: The polar icecaps have melted, covering the Earth with water"

However, according to this rather fancy video from BusinessInsider, if all of the icecaps melted, then sea levels could rise by as much as 216 feet, catastrophically placing many coastal cities and provinces at risk of submersion but hardly the entire world.

Where did the extra water come from to make the Earth into Waterworld? Was this discrepancy ever addressed by the makers of the film?

According to the tie-in comic series Waterworld: Children of Leviathan, the flooding was caused by “icy death” that “rained down from above.” 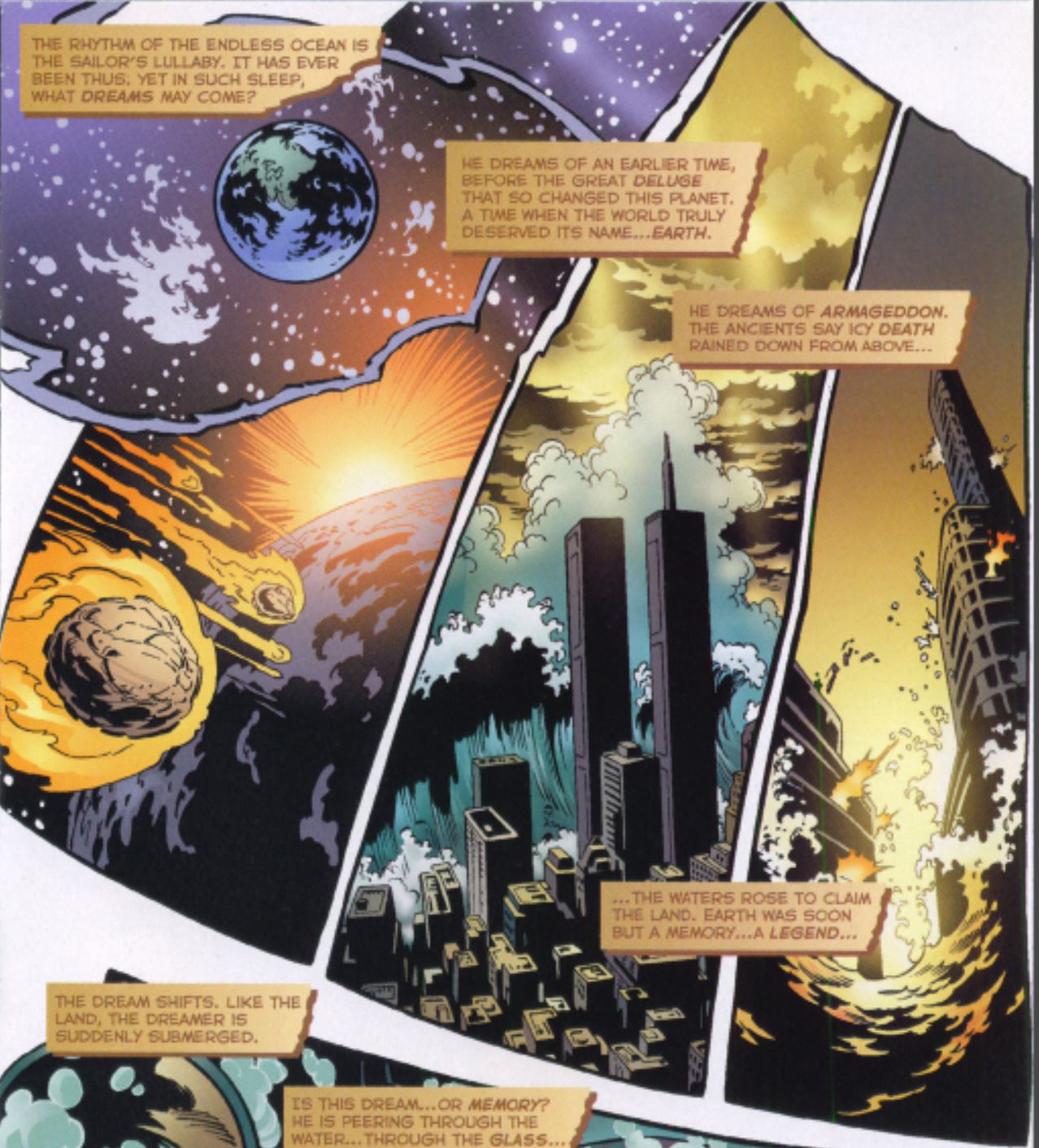 Given that this is accompanied by images of asteroids pummeling the Earth, I think we can say that the “icy death” referred to is ice-containing asteroids, and not, say, an unexpected hailstorm. Possibly the heat of impact also caused melting of the polar ice caps. Of course, the number of asteroids needed to raise the sea level significantly would be quite significant, thus releasing a considerable amount of energy—which is fairly consistent with the massive waves also shown. According to Wikipedia, the Antarctic ice sheet, which contains the majority of Earth’s freshwater, would amount to perhaps 58 meters (~200 feet) of sea level rise. Thus the asteroids would need to contain over 100 times as much water as the Antarctic ice sheet, meaning a mass of ice many times larger than the mass of the Chicxulub impactor. So the scientific plausibility of this hypothesis is still questionable (unless the tremendous mass of asteroids somehow was slowed).

Not the answer you're looking for? Browse other questions tagged waterworld or ask your own question.

18
In the movie Waterworld, what's the new sea level height compared to the actual?