In Doctor Strange, what was the title of the book Stan Lee was reading in his cameo?

I'm really curious as to the title of the book Stan Lee was reading in his cameo appearance in Doctor Strange. Is was relevant to the story, and I tried to make a mental note of it, but that mental note was totally lost in the crazy mind trip that followed.

Doors of perception by Aldous Huxley. 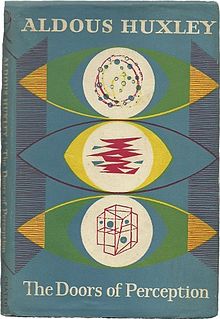 Its a well known book about "expanding mind" using mescaline and other halucinogenic drugs, which author describes as almost religous in their nature. This book became some sort of bible in the 60s, Jim Morrison called his band after this book.

It is quite fitting, since we can see it during pretty "tripping" scene

Not the answer you're looking for? Browse other questions tagged story-identification marvel marvel-cinematic-universe doctor-strange-2016 or ask your own question.

10
Book from the golden age about insect-like aliens pretending to be humans
26
Has Stan Lee ever made a cameo in a comic book?
15
Is there any significance to Stan Lee's cameo in the Incredible Hulk?
7
Trying to remember a sci fi book title I read in the 80s
15
Where was Stan Lee's cameo in Deadpool 2?
49
Did Stan Lee finish his cameo shooting for the upcoming Avengers 4 movie?
4
Doctor Strange (2016), was the time loop connected to his death?
4
Can Captain Marvel break the fourth wall?
18
Who is Stan Lee talking to in his cameo in “Guardians of the Galaxy”?