Do all stormtroopers carry blasters?

While looking at this question, I was wondering just how out-of-place a blasterless trooper would be. All of my searches were unhelpful, though.

So, let's say I'm a storm trooper posted on a major installation, such as the Death Star or Starkiller Base. Am I guaranteed to have been assigned a blaster? How unlikely is it for me to see another trooper walking somewhere without a blaster?

Am I guaranteed to have been assigned a blaster?

It was standard equipment according to Wookieepedia

The E-11 blaster rifle was a light but powerful blaster rifle manufactured by BlasTech Industries. It served as the standard issue weapon of Imperial stormtroopers, and was based on the DC-15A blaster used by clone troopers during the Clone Wars.

Generally, it would have been held in a holster..when not actually being brandished / carried though. 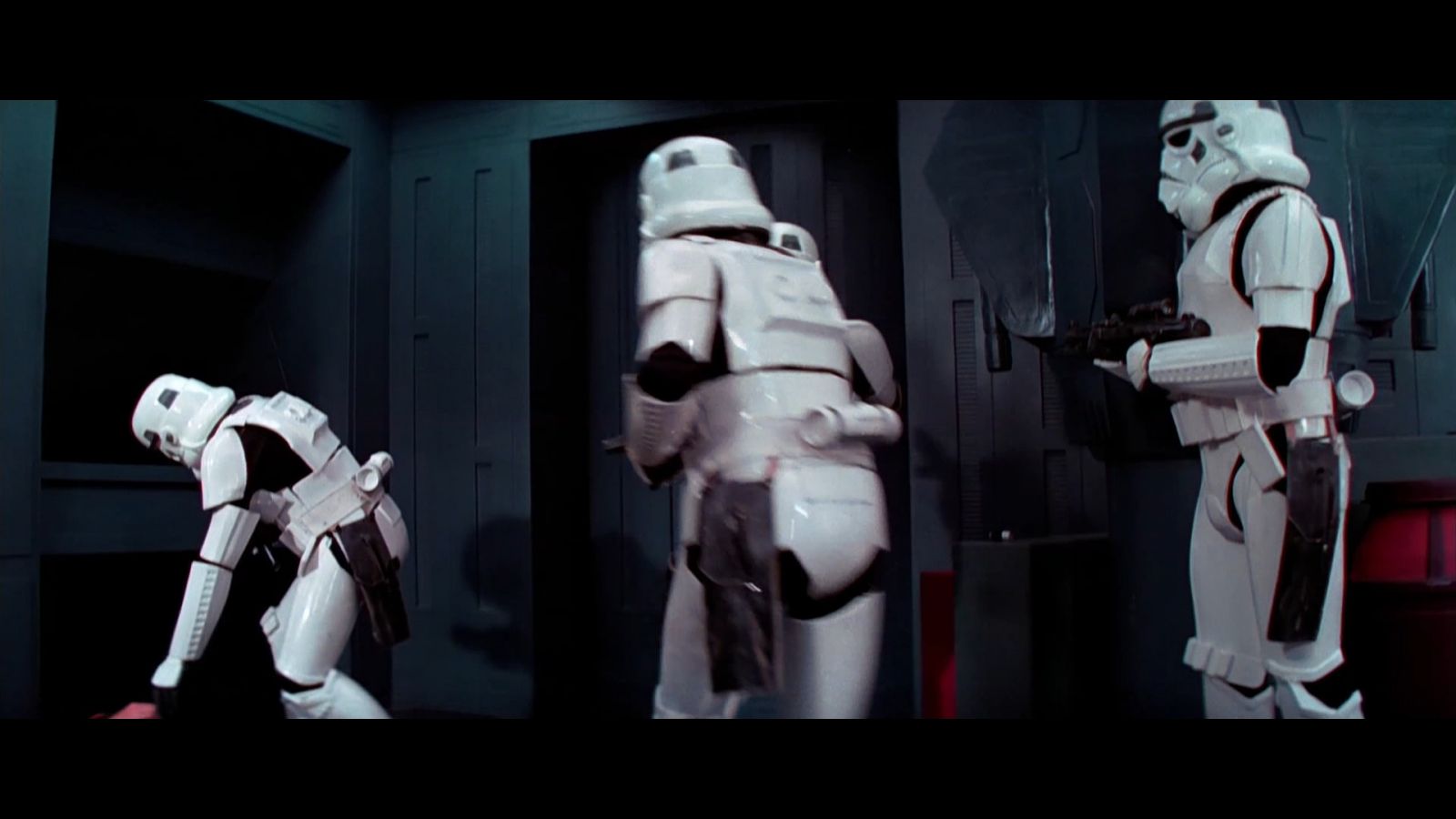 Given that the Stormtrooper helmet had well-known vision limitations one could excuse a fellow trooper for not noticing an empty holster though!

245
Are all stormtroopers as poor soldiers as the ones in the movies?
24
Why do stormtroopers wear white?
30
How were Anakin, Obi-Wan, and Palpatine physically trapped by a ray shield?
0
Are Stormtroopers' armor ineffective against Stormtrooper blasters?
14
How did Rey get her blaster back?
18
Did the Empire Re-use the Death Star plans?
50
How did Kendal "as clumsy as he is stupid" Ozzel attain the rank of admiral?
6
Why do the heroes in Star Wars keep letting their Force-sensitive foes detect them?