What is the name of the creature outside Jabba's Palace that gets eaten in Return of the Jedi?

Referring to a scene of a few seconds right after Chewbacca gets captured. In the shadow of Jabba's palace is a frog-like creature (a Worrt) and a small raccoon-size animal making noises kind of like a crow or a chicken clucking. The creature sees the frog, tries to run away, but the frog notices, catches the creature with its tongue, swallows it, and burps loudly.

Does anyone know the name of the smaller creature? It looks a lot like a womp rat or a gorg, but I'm not sure.

Also, was any of this added in a re-release? I know the frog was in the original, but I don't recall the sounds and all in the original film and I usually notice stuff like that. 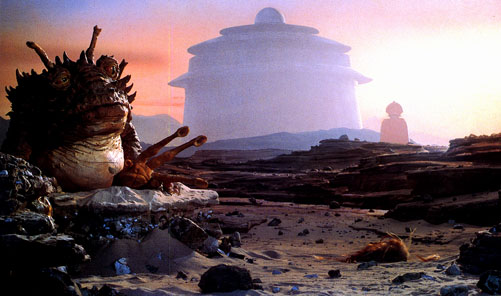 The original (theatrical) script refers to it thusly

13 EXT JABBA'S PALACE
The palace is sitting in the light of the double sunset. On the road in front, a large toadlike creature flicks its tongue out for a desert rodent and burps in satisfaction. 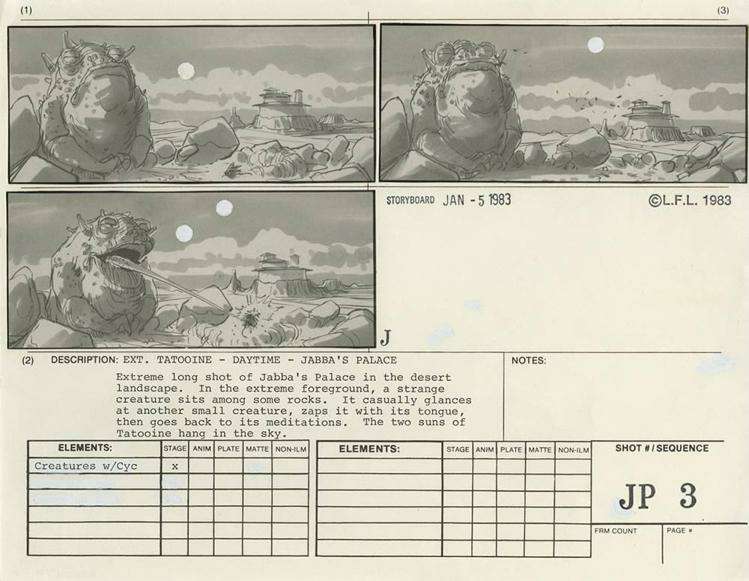 It is known as a "sand skitter":

The sand skitter was named by the Lucasfilm-sanctioned Salacious B. Crumb Creature Pack - Inclusive Edition, by Sideshow Collectibles. 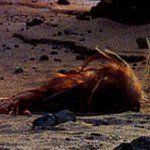 All we seem to know is that it’s some small, twelve-legged creature.

As they enter the shadow of the building, a small creature darts across the road behind them, running fast on its twelve legs. But not fast enough!

That rocky outcropping turns out to be not a rocky outcropping at all, but some sort of desert predator. In an instant, it has cracked open a huge toothy mouth, shot out a long tongue, caught, chomped…and gulped down the creature, twelve legs and all.

It’s also referred to as a “desert rodent” in the script:

The palace is sitting in the light of the double sunset. On the road in front, a large toadlike creature flicks its tongue out for a desert rodent and burps in satisfaction.

It’s worth noting that it cannot be a scurrier, as some people believe, since it has twelve legs.

The Correct answer is - it is a Worrt.

A worrt first appeared in the 1983 movie Star Wars: Episode VI Return of the Jedi, the third installment in the original trilogy of Star Wars. The worrt is seen capturing a sand skitter with its tongue outside the crime lord Jabba the Hutt's palace and devouring it. Like many of the creatures seen at Jabba's Palace in the movie, the worrt was portrayed by a puppet. Its production nickname was simply "road creature."

Extra - Oga's Cantina bar at Star Wars: Galaxy's Edge has an animatronic worrt above the bar.

Also seen in the 3rd episode of The Book of Boba Fett, eating again.

8
Was that frog thing outside Jabba's Palace that eats an animal and burps in the original Return of the Jedi?