I'm looking for the title of a series of novels I read as a teenager. I only have vague recollections but this is what I remember:

They use exoskeletal suits similar to the Powerloaders in Aliens.

I think the team were recruited from prisons and are offered pardons if they join. Each member is recruited due to their special abilities (skills not powers).

They become a troubleshooting team and each novel is about them overcoming the obstacles to colonising a specific planet.

I have a definite recollection that the United Nations was somehow involved.

Does anybody recognise this series?

The Expendables series by Edmund Cooper (published under the pseudonym Richard Avery) matches all the points you list.

In the series of four books the exploratory team, known as "Expendables" as they are all felons due to the very high risks involved, are responsible for proving planets are ready for colonisation. All four books have the same three lead characters; Commander James Conrad, Lt Indira Smith and Ecologist Kurt Kwango. The other four members of the team change for each book. 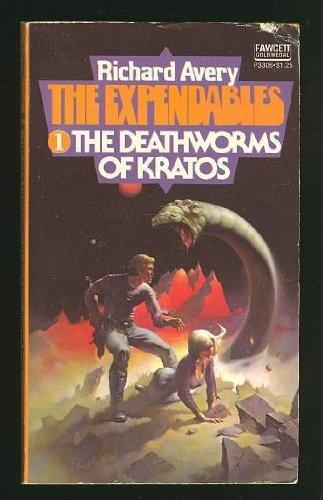