Are the Pokémon anime generations continuations or retcons

I've been watching a scattered selection of the Pokémon anime recently.

Each new generation, Ash starts out with Pikachu and learns everything over again.

Are these re-tellings of the Ash story, or is it actually meant to be a continuous story?

From what I have seen there is almost no cross over between series, but there are a lot of episodes so I may have missed it.

The Pokémon anime has had one series corresponding with each game generation, except for the first two (Red & Blue, Gold & Silver) which are classified as their own series. As you noted, Ash made the decision after the first series to start over with just Pikachu (and Aipom in Diamond & Pearl). However, they are intended to be one continuous story.

The most obvious example of this is whenever Ash returns to Pallet Town. Tracy Sketchit, a companion for a portion of the original series, reappeared in subsequent series as Professor Oak's lab assistant. Also at the lab are the majority of Ash's Pokémon that he caught in previous generations. Ash revisted several of them in the Best Wishes* episode 142, "The Dream Continues", and the Japanese version had a post-credits image of all Ash's Pokémon that were left with Professor Oak from all the series up to that point. 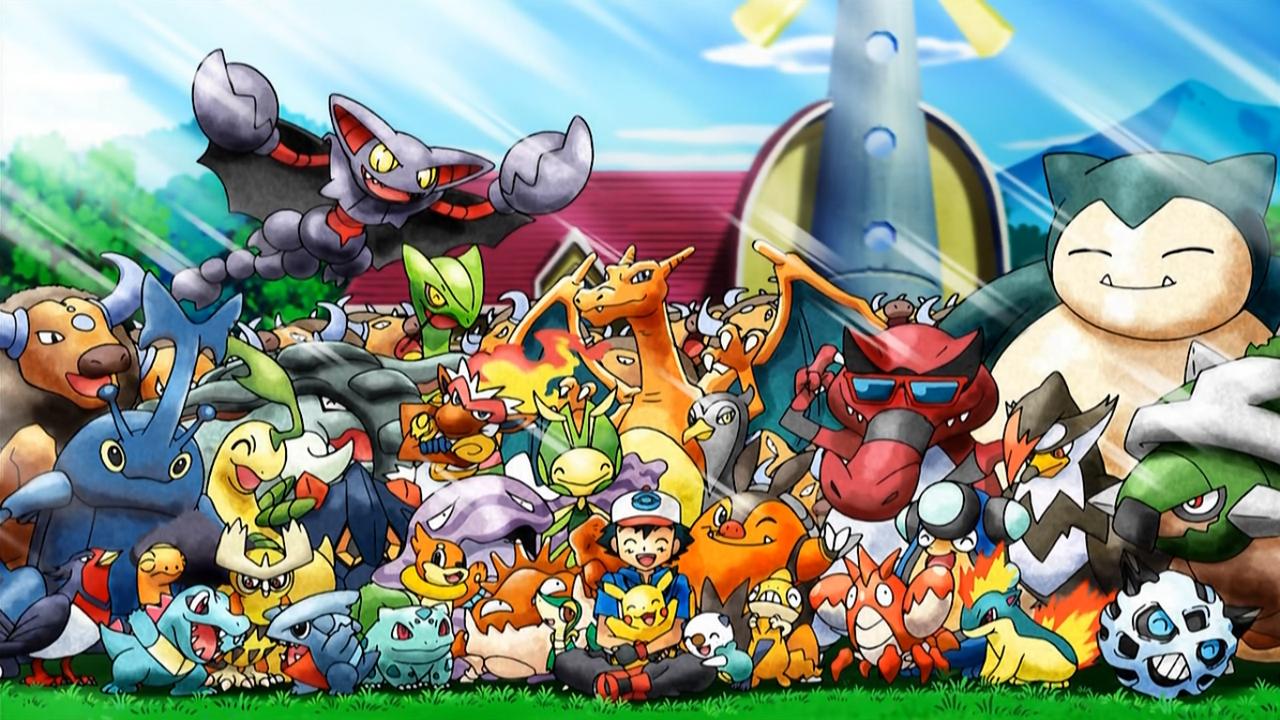 There are certainly other references to Ash's story being continuous. He'll occasionally run into characters that he's met before or reference previous events. There has never had a "reboot" of this story, even though each series largely repeats the same story arc.

So Ash is still the 10 year old** taking one journey after another into each region as he was in episode 1.

* The Best Wishes series corresponds to Pokémon Black & White.
** Yup, Ash doesn't age. But then again, neither does Bart Simpson.

16
Who are the Pokémon on the decoration in the Viridian City Pokémon Center?
21
When Pokémon hatch from their egg, are they full size?
15
Why are there no Dark type Pokémon Gym Leaders?
10
Why can Pokémon learn moves that are outside their type?
16
Are there more than one of each Legendary Pokémon in the anime universe?
12
Are Pokémon animals?
4
Are Pokémon depicted dying in a fight?
11
Are Shadow Pokémon more or less powerful?