Sci-Fi Novel, lots of story twists. One part has them surgically altered to go and live with cavemen

This story is vast, and also has single man spaceships, where they have contests on planet involving stripes or grids. The best pilots go out to find in space portals to other areas. One character is a blind telepath of a strict religious sect.

One part the main character is injured or frozen and taken to a water-world where dolphins repair him and give him computer enhancements. The main character's friend at beginning of story are discussing if they had immortality and how he would not get bored, if he got tired of females he would try males, but not part of the story, just a characterization.

Oh, the main character's mom is some sort of witch like person that may have stolen some DNA from her brother to make her son.

I am pretty sure the author's name begins with a Z. 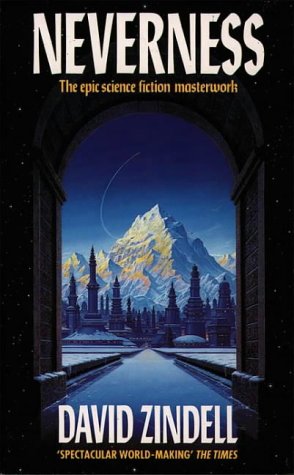 4
Novel with rising sea levels and humans live on rafts and communicate with whales?
11
Seeking a pair of stories about an idealist who discovers that winning a revolution doesn't change the stark economic facts
7
Story about collapse of civilization, which ends with two sisters (one of them a ballet dancer) and a baby leaving their house to live in the wild
4
Old juvenile novel about a kid's baseball or softball team which somehow was “powered up” by drinking special potions
12
Fantasy novel with two dream-like worlds, one good and one bad
6
Two-part sci fi novel that has an almost sentient star
6
Short story collection. Only remember part of two stories. One dealing with a war and one dealing with pollution