If Wolverine broke a bone which protruded his skin, what would happen if he started to heal before it was set and splinted?

In X-Men Origins: Wolverine we see that Wolverine’s bones can be broken in the fight between him and Sabretooth.

So if he was to suffer an injury (let's say a very high fall) and broke his leg and the bone snapped and came through the skin (an open break), what would be the effect of his healing powers if the bone wasn't reset and splinted?

That means a single cell knows how Wolverine is, and every cell retains his "blueprint" so to speak.

In your case, I'm guessing that would also mean his body would pull itself together. The bone would adjust to the right place, and the muscle and skin heal shut. But this raise worm-split-in-half questions.

I'm discussing Wolverine at the peak of his mutant powers. It's usual for his powers to vary greatly from author to author. Hulk split Wolverine in half once, and threw his legs hundreds of miles away. In that universe, Wolverine had to crawl over to them to fuse and heal his lower body.

I don't know if there exist an exact answer as all this depends on the movie, comic, producer ...

For example, in Heroes, Claire Bennet has the same kind of healing as Wolverine. She can heal any wound and is immortal.

There is an episode where she broke a rib and the bone was outside the skin. She couldn't heal until she introduced the bone herself inside again. Then the wound was perfectly cured. 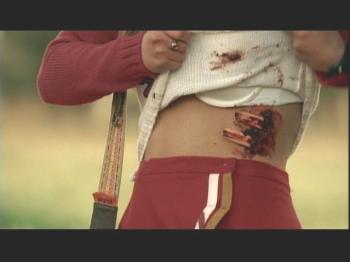 3
Does Deadpool ever need surgery?

11
Are mutant powers hereditary?
46
Out of two organic lumps of Wolverine, what decides which one would regenerate to full Wolverine?
1
Did Wolverine's bones regenerate before being enhanced with Adamantium?
3
Havoc and Cyclops current fox franchise of X-Men
6
What would happen if Rogue touched or was touched by Death (Grim-reaper)?
13
What would happen if Wolverine stopped eating?
3
Does Deadpool ever need surgery?
23
Which was the X-Men comic where the mutant Santa Claus appeared, and what are his powers?