Why the different colors of speedster’s lightning?

In the Flash we see multiple speedsters each with different lightning colors, red, yellow, and blue.

In the comics, yellow is a pure form, and red is the negative form of the Speed Force, and blue is from doping. This seems to basically translate over into the show:

Eobard Thawne seems to randomly lose his connection to Speed Force from time to time (or it appears to run out). Rival wasn't around long enough to see if he would be affected in a similar way.

Zoom seemed to have the ability to make his yellow again, because when he was playing as Jay Garrick (the fake one) his lightning was yellow, then later after he took all of Barry's Speed Force, his remained blue.

Whether it is Savitar's ultimate knowledge of the Speed Force or the fact that he gained his power via the Philosopher's Stone to explain his lightning color isn't exactly clear.

There is something to suggest in the New 52 that the faster you go, the closer you get to white. The order is red, yellow, blue, white in terms of overall speed.

Back in January 2018, Variant Comics did a video breaking down why some speedsters have yellow, red, white, blue, and even black lightning.

Its starts off talking about former Flash and Titans artist Brett Boothe's reasoning behind the color selections. When asked directly on Twitter, Boothe's response was "the closer you go to light speed the colors shift. So red is the slowest. Blue and indigo are the fastest". When coloring speedsters he used the Blue Shift theory as a basis for his decision.

So future Barry in the Out of time comics series has blue lightning because he further tapped into the Speed Force and was much faster. In the normal comic continuity, the original Wally West was therefore faster than Barry Allan as Barry was yellow, and Wally was blue.

This changed during the course of the New 52 into Rebirth, at the start of New 52 barry had red lightning. By the events of Rebirth, he has yellow lightning, indicating that he has grown is power and speed. Because looking at the visible light spectrum and Blue Shift, it means that shorter wavelength is faster, and yellow is a shorter wavelength of light than red.

White lighting was used (according to Boothe) when speedsters were speeding up time. So white lightning was super fast, like Godspeed, who was so fast that he was able to be in two places at once.

So from the Comics perspective, there are your answers. 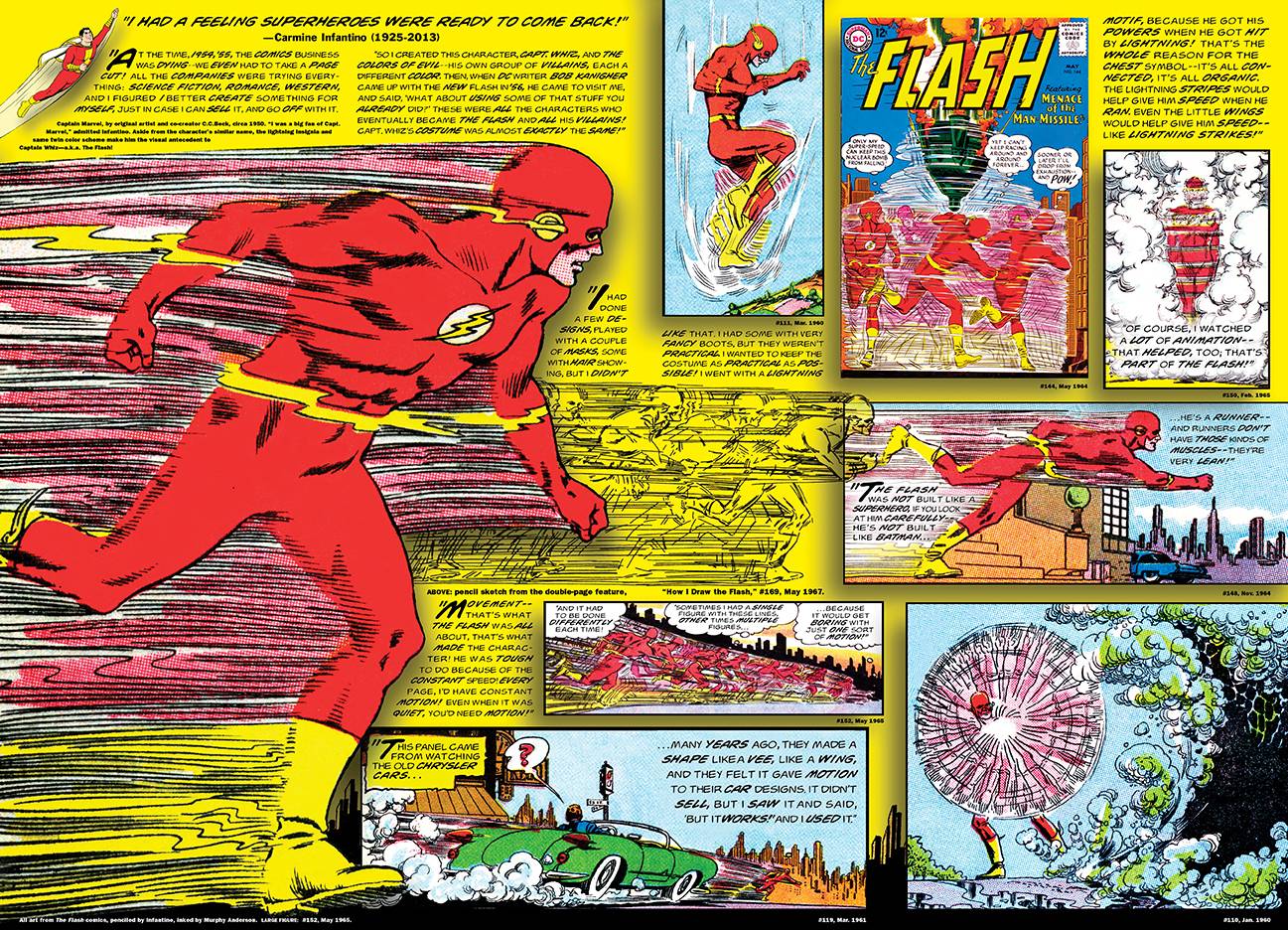 It's only later when the speed force was created that the idea of there being literal lightning started to be floated. And I'd argue that in the comics, you'd get different answers from different creators whether or not it's literal lightning or just that blurring effect.

Red = corrupt speedsters(Reverse-Flash, Rival, Zoom/if he would have not taken V9

Blue/yellow/Velocity drug = speedsters with no Speed Force connection, the reason it gets yellow to blue is because the graphicians were too lazy to give another color; while the V9 does make you faster; the blue color is a proof of disease, not of speed(that's why Zoom had blue even when he was standing still)

White = Savitar doesn't have a Speed Force connection either. The Philosopher's Stone it's like a Super Saiyan version of V9(but no side-effects). But the relic is able to restore metas' powers, though. So the Philosopher's Stone is capable of merging timelines and alternate timelines of people's selves. So, it seems to be to an extent a timelines linker warper artifact.

4
What do the spine colors on the DC "New 52" issues indicate?
13
How did Barry outrun a lightning bolt?
10
What happens to the first flash we see
1
Can a speedster move fast enough in a room to be unnoticed by people in it?
10
First instance in the comics of The Flash's trailing lightning as literal rather than a visual effect?
5
Who are these speedsters in The Legion of Doom (Season 2 Episode 10)?
3
How can The Flash carry multiple people at once?
2
How does Godspeed have white lightning without Philosopher's Stone?
2
Why do some speedsters have glowing red eyes?
2
What are the different coloured forces in "The Flash" (2014)...?