I remember this as a paperback novel. Main character had jet black skin and a psychic "danger" sense. It was a post nuclear world. 70s or 80s book (I think). Main character was adult human male. I think he was not actually black by descent, but because he was some sort of mutant. I remember him fighting gangs, sort of a Mad Max knock off.

Any chance that you're thinking of Telempath, by Spider Robinson? Here is a cover scan. (I found there are several to choose from -- several editions over the last 40 years, I guess.) 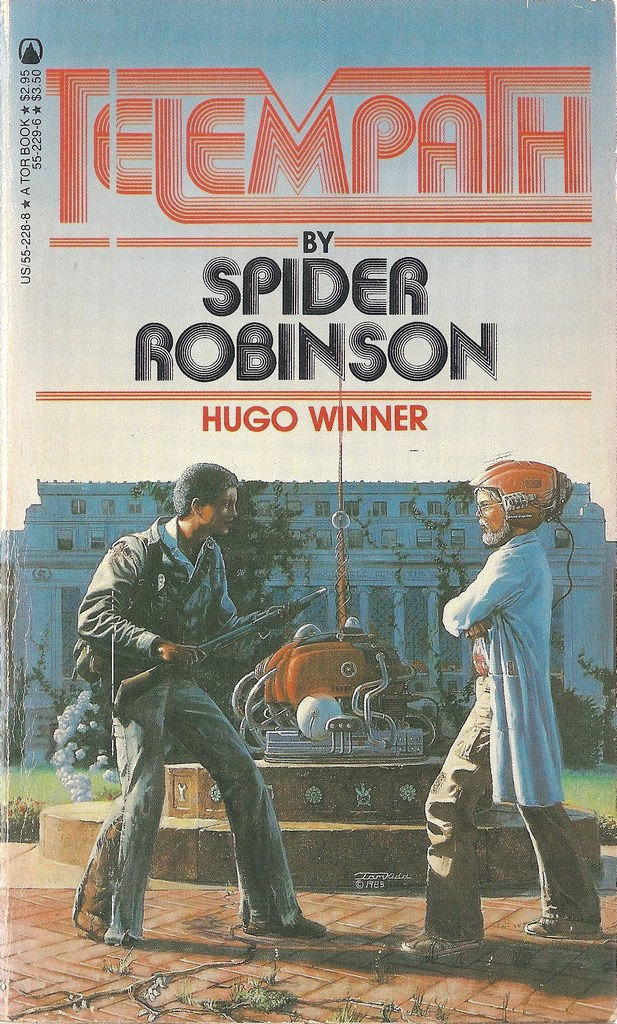 Here are some items that make me think it might match your description, allowing for some margin of error.

Sounds like a series of novels called Traveler by DB Drumm (pseudonym of John Shirley). The book in particular you are thinking of could be To Kill a Shadow which is the 4th book in the series. The main character in these books is a Mad Max type man named Traveler that has a kind of extra-sensory ability thanks to being exposed to neuro-toxins before the apocalypse. The main antagonist in book 4 is a mutant biker with pitch black skin.

Not the answer you're looking for? Browse other questions tagged story-identification post-apocalyptic mutant psychic or ask your own question.