What Kind of Snake Is Nagini?

Just as the title says, what kind of snake is Nagini? Note: Nagini is not the boa constrictor from Sorcerer's Stone / Philosopher's Stone. Boa constrictors are not venomous.

Okay. I believe I have deduced what species Nagini is, if she is indeed a normal snake, and not some obscure type of magical creature.

From the HP Wiki (I realize the Wiki is not reliable on matters of canon, but I have verified this separately): (Hindi: nāginī, pronounced [ˈnɑːɡɪniː]; variant of Hindi: nāgin, a female cobra, from Hindi/Sanskrit: nāg, a cobra). Nagini's name is almost a direct conjugation of the Hindi word for female cobra.

Her description in the book does NOT match her depiction in the movies. According to Harry Potter: A Pop-Up Book, the filmmakers chose to depict her as a "burmese python." (I assume the pop-up book is not pulling that out of its backside.)

Nagini is described in the books as female, green skinned, hooded, extremely venomous via some type of neurotoxin, and roughly twelve feet long, and thick as a man's thigh. This fits the description of an olive-green king cobra, in every aspect but the length and thickness. Large king cobras are capable of exceeding six feet in length, but this is uncommon. The Engorgio charm would be capable of increasing an object to roughly twice its normal size, based upon its seen usage.

I believe Nagini is a permanently Engorgio'd king cobra, or in her case, queen cobra. :)

It's strongly implied somewhere in the books (as dicussed in this answer) that Nagini was picked up by Voldemort in Albania.

Albania has very few poisonous snakes. Few that have anti-coagulation properties (which is the affliction given to Arthur when Nagini bites him). One that fits the bill is Vipera ammodytes, whose venom

Again on Wikipedia, its venom is described as having anticoagulant effects. In fact it's noted to be likely the most dangerous snake to be found in Europe.

I initially disregarded the snake as it was far too small to be Nagini, but if such a snake was the subject of Dark Magic who's to say it couldn't be permanently enlarged, giving it the capability and the sapience to constrict? That would be a dangerous snake.

From the patterning on her back, the head shape and and size, I'm going to say Nagini is indeed a reticulated python based character. The fact of venom could just be Voldemort's magic, right? I will post two pictures, one of Nagini and another of a reticulated python and I will point out the similarities between the two:

This is Nagini, one of the better pictures I could find that showed her true coloring/patterning

This is a reticulated python guarding a clutch of eggs as you can see there are massive similarities to the patterns, head shape. etc 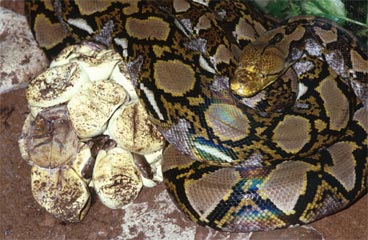 Next I will prove whoever said that the snake that Harry Potter let free turned out to be Nagini, and the fact that it was a boa constrictor wrong. It was a caramel Burmese python. So they are two different (but much alike) species of snake. They are different and cannot be the same snake.

This is the snake that Harry released. And originally found out he could speak Parseltongue. 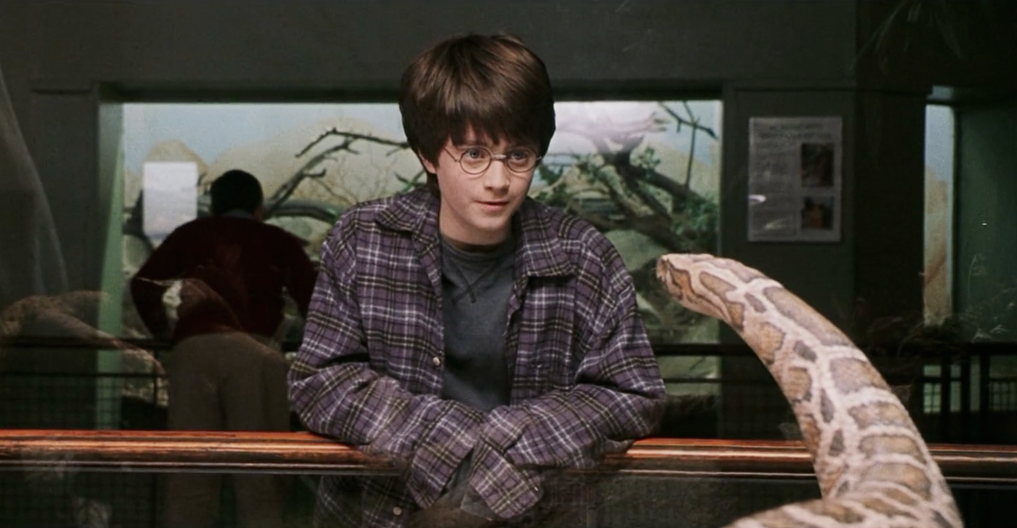 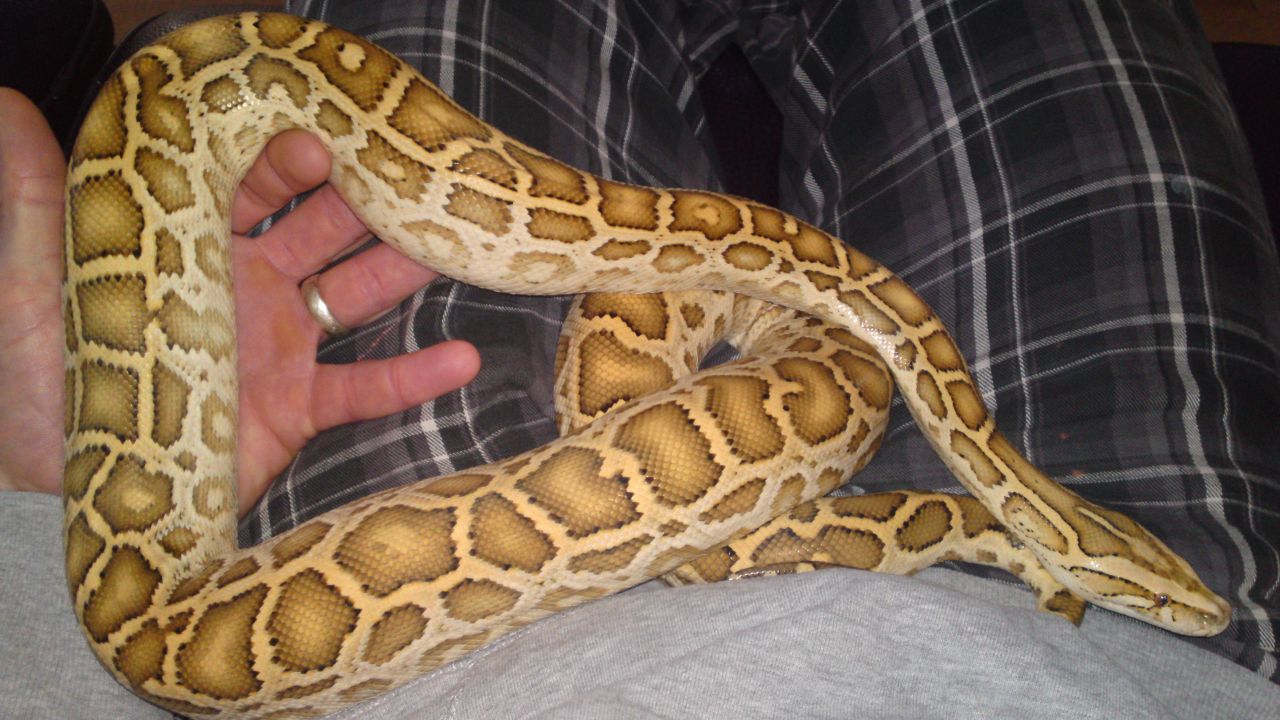 I think you're right about the species of both snakes as they appear in the movie. They clearly used pythons for filming.

Nagini in the book, though, seems to be a magical creature created by Voldemort. Because her species is never given in the books, she may be one of a kind (thus why I think she was created by Voldemort and not one of a pre-existing species). She does seem to have characteristics of cobras, pythons and maybe green anacondas, but you can't pin her down to any one species known to muggles.

32
How could Nagini seem to see Harry and Hermione through the invisibility cloak when they visited Godric's Hollow in Deathly Hallows?
56
What does Voldemort mean when he asks Wormtail to 'milk' Nagini?
18
Is Nagini the snake Harry freed on Dudley's birthday?
13
Was Nagini the only snake which could become human?
26
Why didn't Snape have an anti-venom?
32
Where did Voldemort find Nagini?
8
In the Harry Potter universe, are snakes magical creatures?
7
Can a wizard make a muggle into a Horcrux?And will it give magical powers to the muggle?

35
What happens to Fluffy, after the events of Philosopher's Stone?
18
Is Nagini the snake Harry freed on Dudley's birthday?
74
Was the Sorcerer's (Philosopher's) Stone really that well protected?
22
Harry Potter and the Snake at the Zoo
13
If Boa Constrictors don’t have eyelids, how was the one at the zoo able to wink at Harry?
14
Could Voldemort perform Legilimency through Nagini?
13
What kind of spell happened to the snake enclosure glass?
13
Was Nagini the only snake which could become human?
6
How did Dumbledore know what Ron saw in the Mirror of Erised?