I'm hunting for the name of a TV series I would occasionally watch as a kid. I assume it was in the late 1980s; definitely not earlier. However, since I was behind the Iron Curtain at that time, the show itself is most likely older. I saw it with slovak dubbing, so I do not know the original language.

It was black & white and featured a group of archetypal fantasy characters living in a sort of house or mansion (I believe some of them were related). I remember a zombie-like character, an artificial human similar to Frankenstein's creation, and a vampire; there were probably others. There was also a human blacksmith.

From what I recall, the setting was not modern; it looked like a pre-electricity era.

I believe it featured a regular plot intertwined with comedy, but my memory of it is very patchy. Here are the few plot points I rememeber:

Of course, what immediately sprang to mind is the Addams family, but I checked a few resources on that and couldn't find matches for any of the plot points above.

I've not seen it, but Frankenstein's Aunt (Teta) sounds like a match. Other than the fact that it's colour, but maybe your local station broadcast it in black and white.

The IMDB description: Aunt Frankenstein arrives to her nephew's castle to set things right and to clean the family name. Could she hope to work out the consensus between the angry villagers and the castle's supernatural inhabitants?

From a review : Most of the townspeople are actually totally unaware of the castle's secrets. Except the local blacksmid and pharmacy lady, they are extremely hostile to the castle's residents, and not without reason. The blacksmid wants, after he found out about the truth about Albert, to abduct Albert and claim this creation his. He would be acclaimed world wide for it! 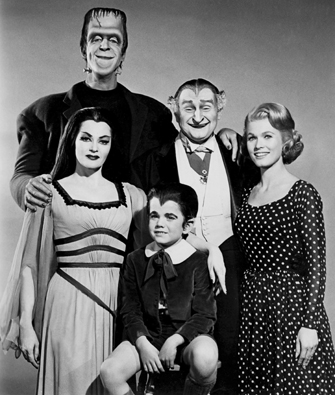 Herman Munster was the father a Frankenstein monster type character. He was married to a vampire female called Lily Munster

They had a son called Eddie who was a werewolf. Lily's niece Marilyn Munster lived with them, I don't think she was supernatural

There was a grandpa vampire Sam Dracula

However other parts do not seem to fit

I am wondering if you are remembering The Hilarious House of Frightenstein:

The show featured a vampire and a Frankenstein-like monster 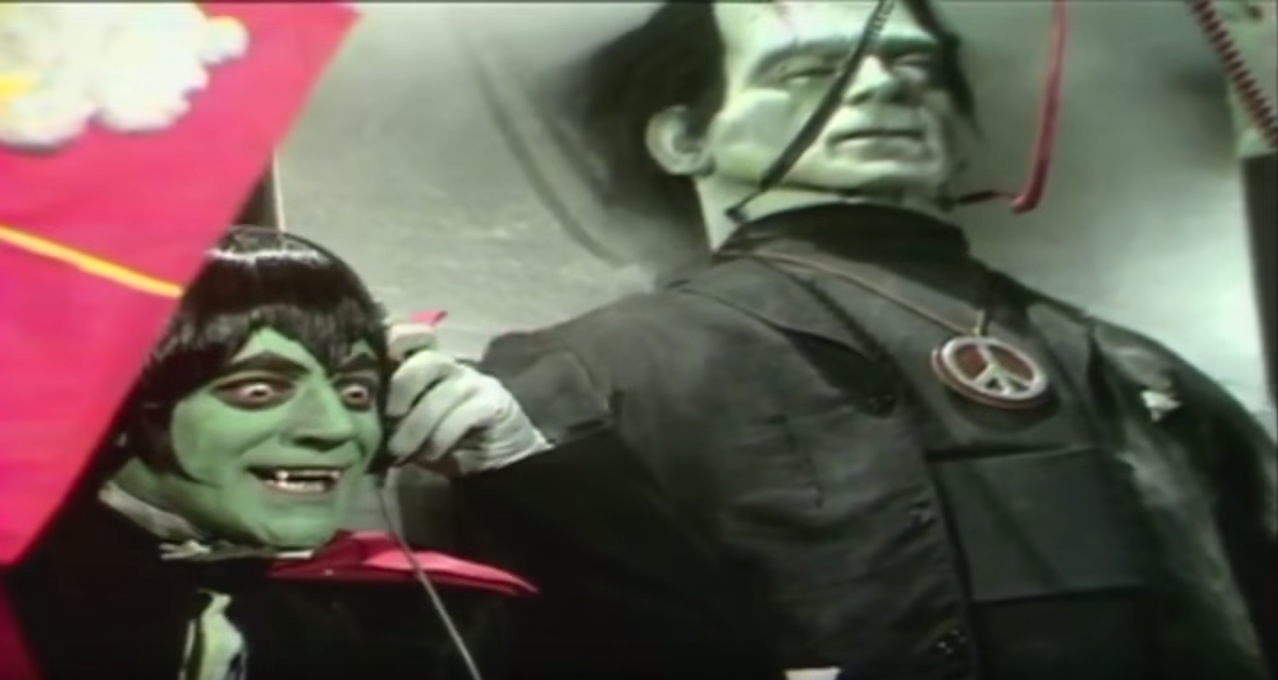 As well as a zombie-like character 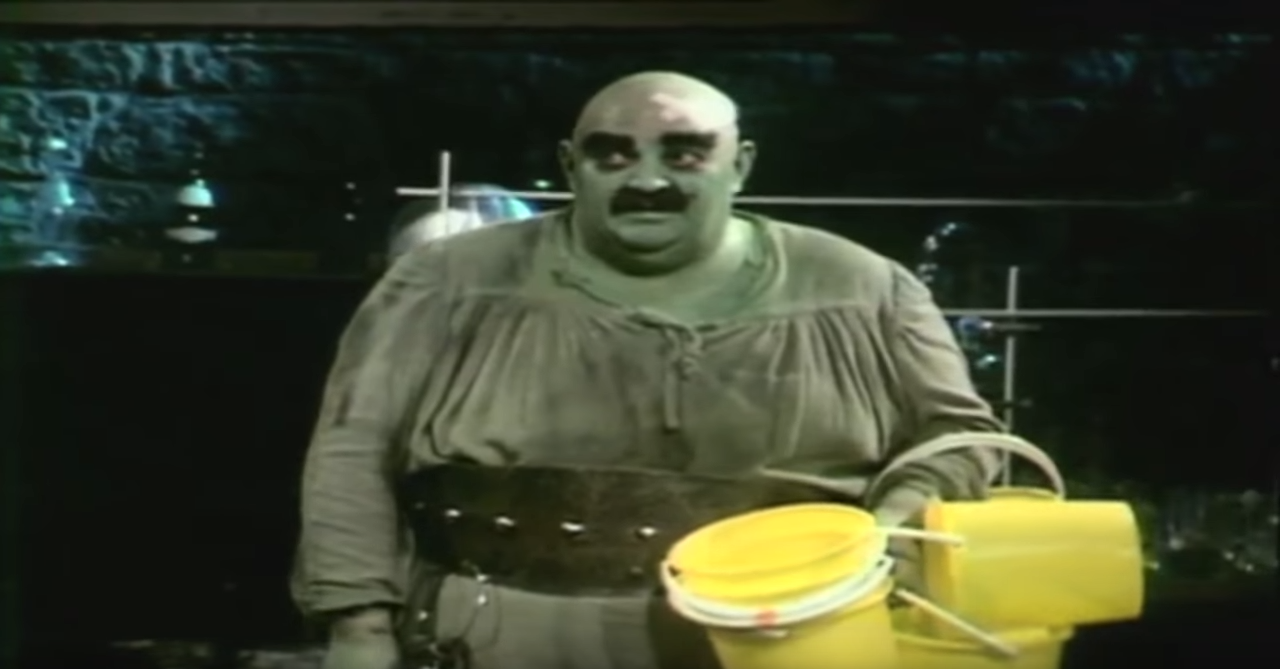 (Screenshots taken from a Hilarious House of Frightenstein YouTube video)

Beginning in 1971, this children's comedy tv show ran for 130 episodes. I know it's not in black in white, but this seems awfully close. Hope this is the show you were trying to identify.

9
TV series about a man living in a mansion with a ghost
3
Black and white TV show or movie with human sized bird creatures killing people at night
26
Short story about human colonists vs. alien animals that evolve very rapidly
4
Fantasy series with black, white, red magic and magic mirrors
5
Fantasy movie with black and white queens
8
Sci-Fi Book Artificial Intelligence starts out as a simulated child on a desktop computer
4
Short black and white animated cartoon about a dancing reindeer