Were there any named, blue beverages in the original Star Trek series?

After seeing an article about the recently marketed Spanish "blue wine" (here) I was reminded of Star Trek TOS — I am sure I remember a decanter and tumbler with a blue beverage at least once, but I have no idea when.

Neither Saurian Brandy nor Tranya were blue (based on a quick search only), and that's all I can remember of named TOS beverages.

I'm looking for an episode/scene or some reference to a blue beverage in TOS, and particularly if it was named or described, rather than just incidental.

note 2: It seems 21st century blue wine is having issues, let's hope they are ironed out by the 23rd.

Antarean brandy is a blue alcoholic beverage that was served aboard the Enterprise in the Original Series episode, “Is There in Truth No Beauty?” 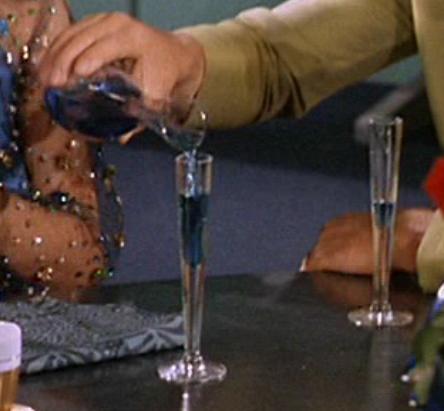 Romulans were seen drinking an unnamed blue beverage in “The Enterprise Incident.” Memory Alpha makes no comment on whether this beverage could have been Romulan ale.

I am including a photo from memory-alpha.wiki showing Dr McCoy and Kirk drinking from 2 cobalt blue crystal glasses and also another photo of McCoy & spock sharing Saurian brandy in the same glasses. 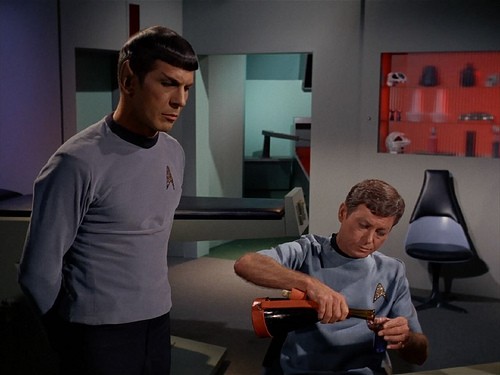 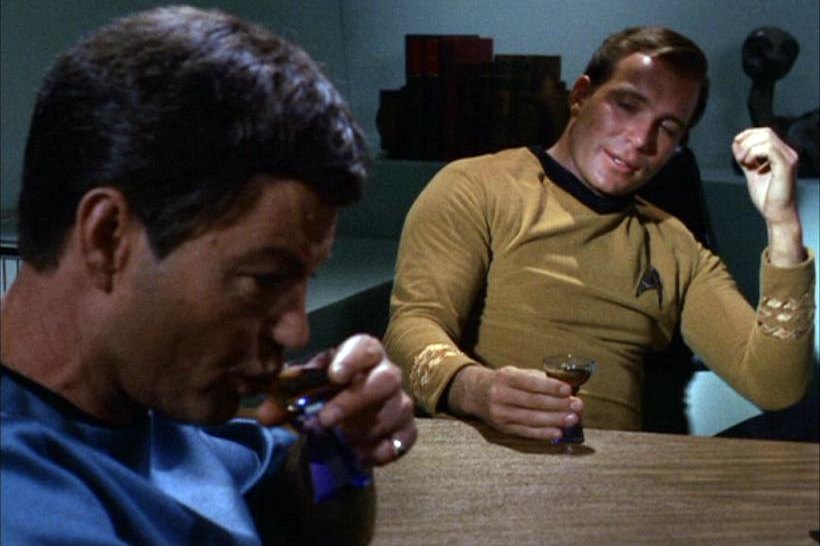