1960s or 1970s, I don't remember much about the film except at the end, the big reveal was that all the great minds in history were alien androids (Einstein, etc).

The last scene takes place in a massive cavern where all these androids are lying down in a nearly infinite line.

This is a long shot. But, there was a 1974 movie called [The Questor Tapes] starring Mike Farrell (better known as BJ Hunnicut on M.A.S.H.1.

Robinson and Questor reach a cave concealed inside Mount Ararat with seconds to spare. Questor's timer is made safe, and he has found Emil Vaslovik(Lew Ayres), who tells Questor and Robinson that he, too, is an android. Questor is the last of a series, going back to "the dawn of this world," left there by "Masters" to serve and protect mankind. They functioned by a law which Vaslovik quotes to Questor:

"We protect, but we do not interfere. Man must make his own way. We guide him--but always without his knowledge."

Each of the Masters's previous androids had a lifespan of several hundred years, at the end of which each assembled its replacement.

There is a scene such as you describe inside a cavern with a line of previous Masters lined out. I have tried to find a clip of that on line but have not yet. However, here are some clips of the actors in the movie. Perhaps this might ring a bell? 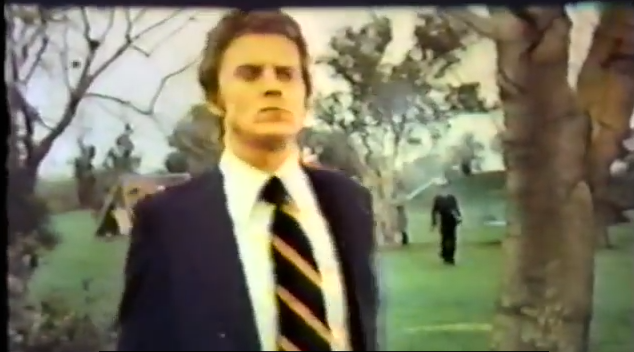 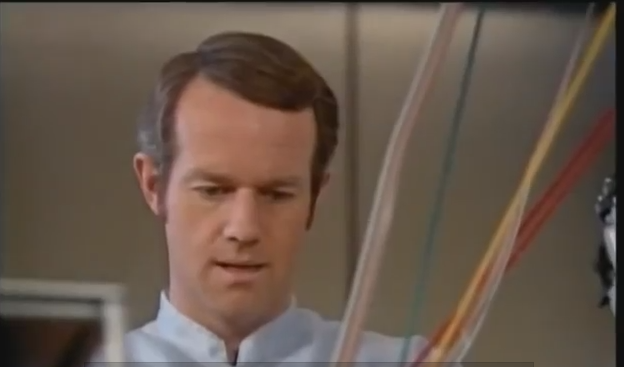 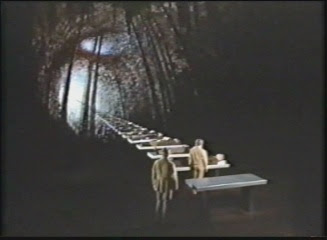 Not the answer you're looking for? Browse other questions tagged story-identification movie aliens androids or ask your own question.