Do Force users ever manipulate lava?

I'm not well versed in the books, comics etc. surrounding the Star Wars universe, are there any examples where a Force user has manipulated lava? I'm thinking along the line of throwing lumps of lava at others or creating "snakes" of lava to use as a weapon. I suppose this could depend on whether they've manipulated other liquids too, however in this case I'm primarily interested in lava.

At the end of the fight it explodes, sending gobbets of lava into the air. Luke moves the larger "chunks" using the Force.

Gouts of acrid smoke poured from the chink in the silicon armor, where lava ate its way into the fireworm’s body core. The creature writhed and tossed, spewing lava into the air. Molten rock devoured the fireworm’s internal organs like acid, killing it from the inside out.

Burning within, the fireworm thrashed in agony, spraying lava as flames and foul smoke boiled out of the tiny breach in its armor. When the fiery rock burned through to the fireworm’s inflated air bladders, the creature exploded.

Splatters of hardening lava rained down. Luke managed to deflect most of the burning chunks with the Force, but some scorched his back and shoulder. The fireworm’s death throes churned waves in the molten rock, then gradually subsided.

And in these storyboarded (but not filmed) scenes from Revenge of the Sith, we see Anakin using the Force to hurl lava a couple of times, once against a shield (to minimal effect) and again during the climax of his duel with Kenobi 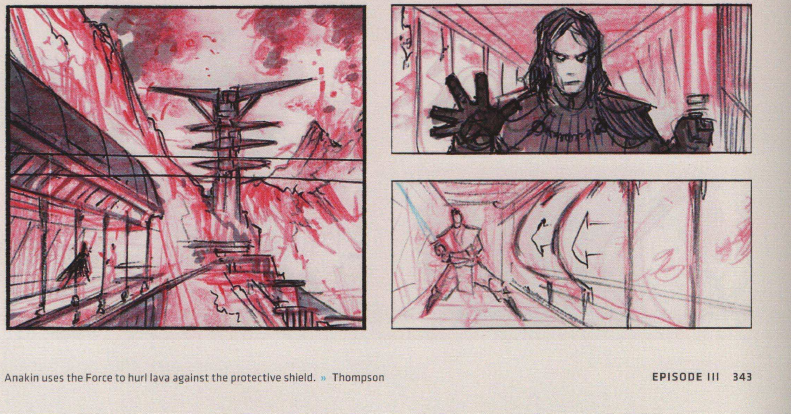 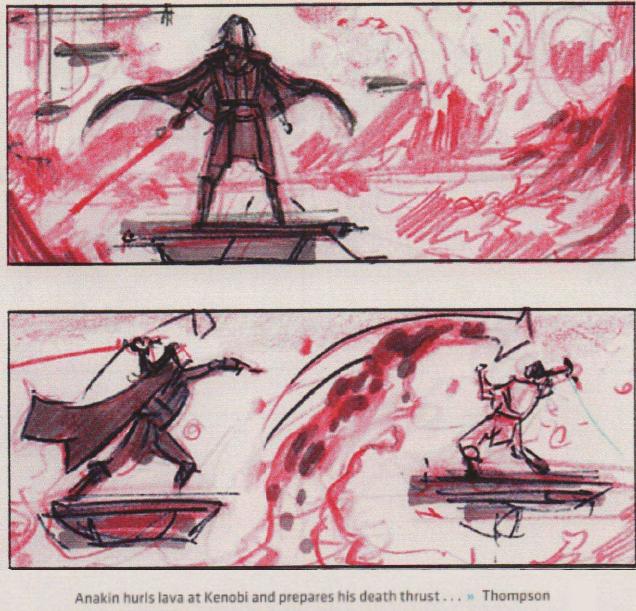 Overall Force Sensitives have the power of telekinesis which allows them to move solid matter as well as other substances.

Telekinesis was the ability to lift or manipulate objects using the power of the Force. For a sufficiently skilled practitioner, the size of the object did not matter. One could lift something as small as a piece of fruit to an X-wing starfighter, as well as dispel gaseous substances.

An example is Anakin lifting a mundane item like an apple. 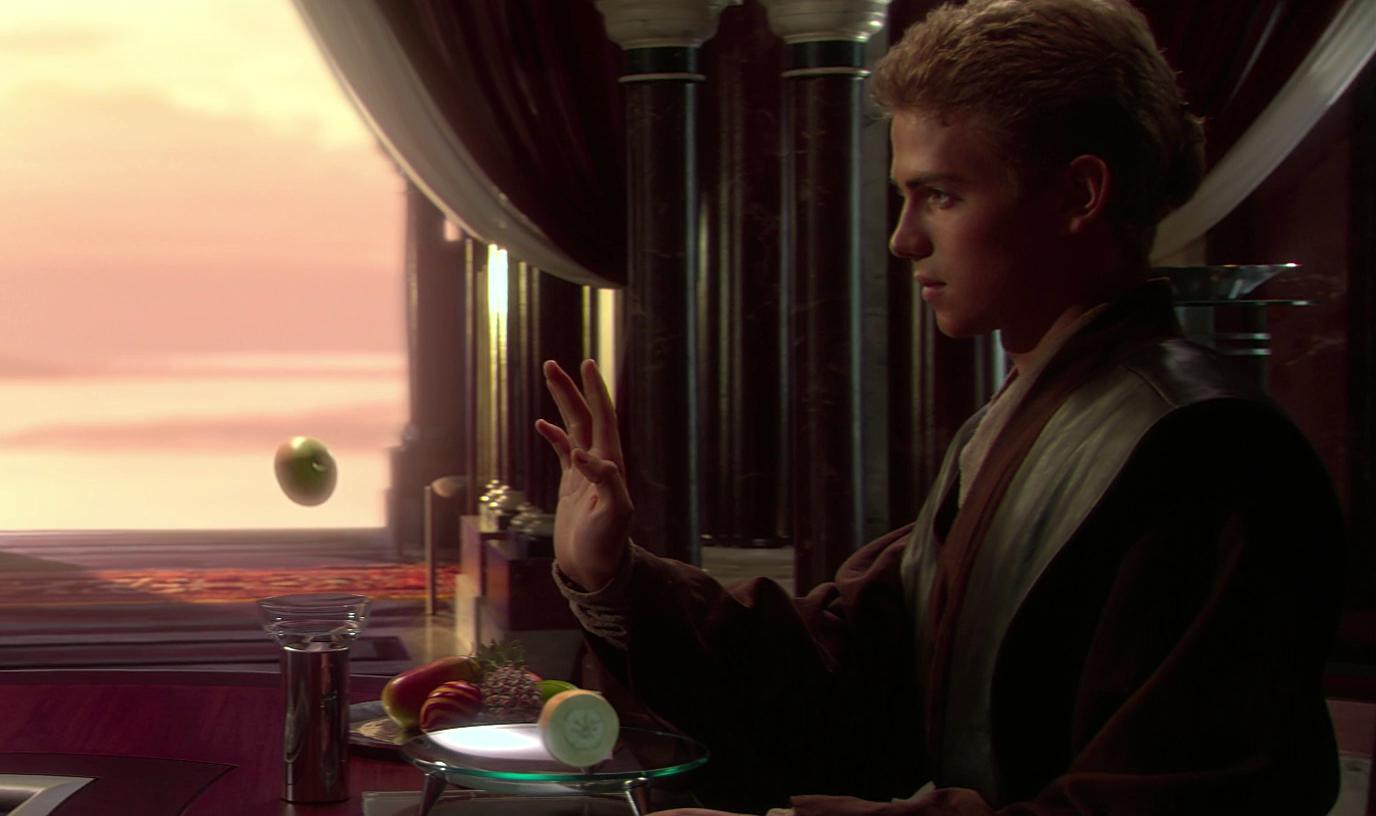 In the newer movie they show Kylo stopping a blaster mid shot as well, so they stop energy blasts too using telekenises.

Kylo Ren was skilled in telekinesis, able to suspend a blaster bolt in midair and leave it harmlessly hanging until he left the scene.

Telekinesis seems to only be able to lift, move, stop, or deflect objects though Wookieepedia claims manipulation of most objects. You wanted to know if it was possible to throw lumps of lava at people or create lava snakes. The former of throwing lumps of lava is possible through telekinesis but creating snakes of lava I think would not fall under telekinesis as it's much more than just moving an object.

As far as reference material I'm unsure if the following is considered canon material... But there are instances of Force Sensitives that "manipulate elements", mainly Sith though.

There are a few force sensitives that can actually manipulate elements. One such group was the Sith known as Shapers of Kro Var.

The Shapers of Kro Var wielded the dark side of the Force,2 and were regarded as being deeply connected to the elements of earth, fire, air, and water. Their abilities included buckling stone, creating walls of wind, and generating spouts of flame. They could ignite targets using fire, or make their motion more fluid in battle. Their manifestations of the Force depended on their element of study, but were also influenced by the location of their habitat. Shapers native to the Ungoth Valley were more apt at wielding fire due to the presence of lava flows there.

Sources: Jedi Academy Training Manual by Wizards of the Coast

Book of Sith: Secrets from the Dark Side.

The manual is considered to be reliable information as far as expanded universe material according to Wookieepedia.

On a side note Sith can use force lightning which is essentially discharging electricity from their fingertips. 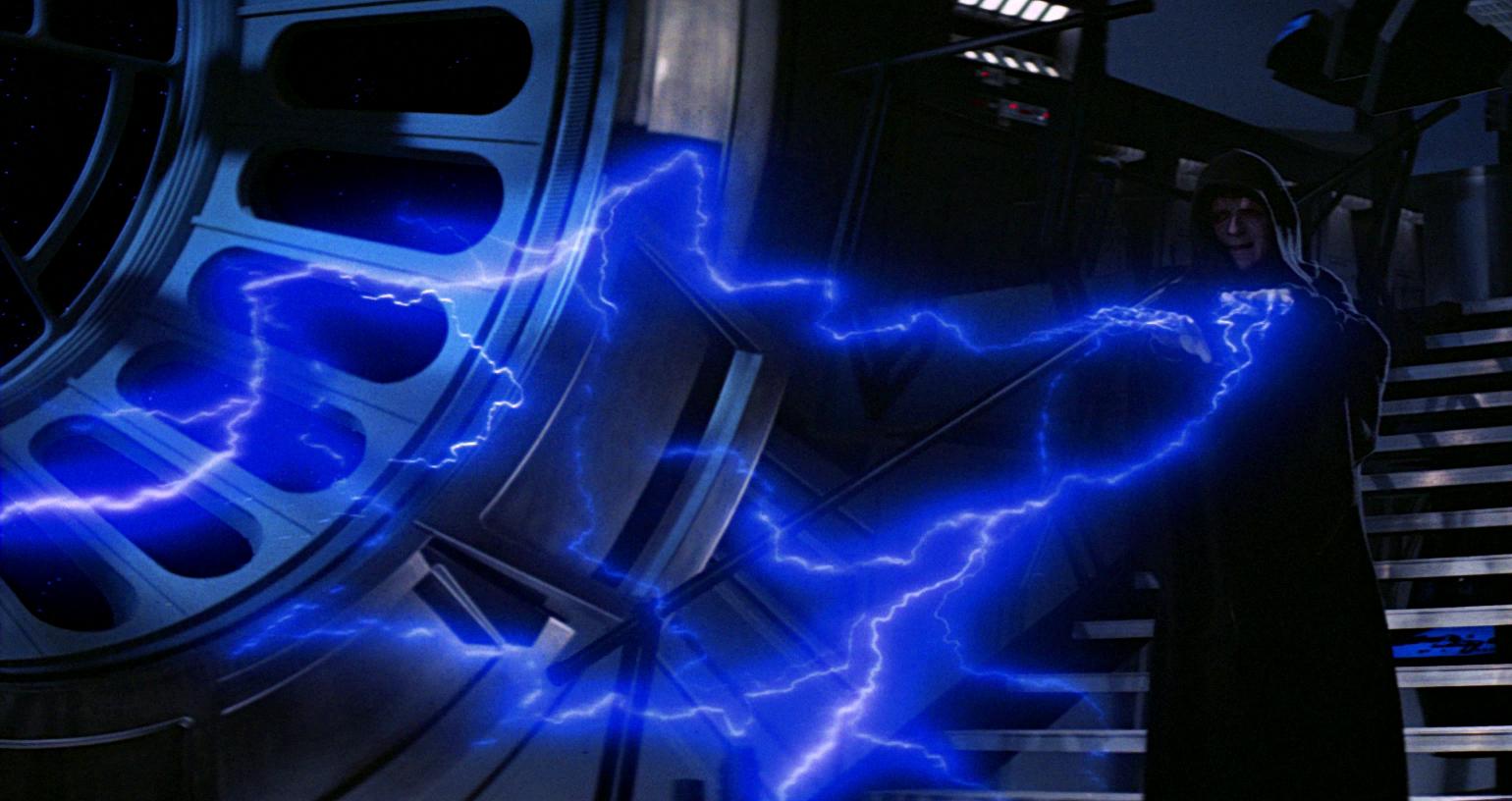 Over all it seems what you are asking is more akin to the type of manipulation seen in the Avatar The Last Airbender / Korra universe, some Earthbenders have been seen manipulating lava as well as a few firebenders.

112
How is canonicity of derivative works determined for Star Wars?

18
Do lightsabers need a Force users' effort to block Force Lightning?
6
Why do Force Users speak what they want people to do when they use Force Persuade?
10
Are there any neutral Force Users?
4
Why wouldn't the Jedi train Force users?
6
Why are Force users limited in their telekinetic attacks?
34
Is there any story reason for Force users being less acrobatic?
5
Have there ever been any Force users who didn't have natural talent?
3
Are Force users more resilient than others?