A book called “The Zone”

I am searching for a book that I read nearly ten years ago. It was the story of a bunch of space pirates that "float" through space in big generation ships. There was no FTL travel, only very fast "conventional" ships. The people on those ships are basically immortal, because they can somehow rejuvenate their bodies. Another distinctive part of the story was robots that were used to colonize planets. They were controlled from earth via "quantum entanglement" to allow for real time communication with planets that are thousands of lightyears away.

The main story develops around the pirates that capture a princess who is traveling alone in her ship and then start a war against earth. (I don't know why exactly.)

I am fairly sure that the name of the book was "the zone" or something but I can't find it anywhere on the web.

I would really like to read it again. Also I think that it was the first part of a series of three books.

Thanks for your help!!

Maybe the 2008 novel Debatable Space by Philip Palmer, published in Germany as Zone? According to the blurb quoted below, it's about a space pirate who kidnaps a sort of galactic princess, the daughter of the "despotic ruler of the known universe". It's the first book in Palmer's Debatable Space Universe series of three books; the other two titles in the series are Red Claw and Version 43.

Flanagan (who is, for want of a better word, a pirate) has a plan. It seems relatively simple: kidnap Lena, the Cheo's daughter, demand a vast ransom for her safe return, sit back and wait.

Only the Cheo, despotic ruler of the known universe, isn't playing ball. Flanagan and his crew have seen this before, of course, but since they've learned a few tricks from the bad old days and since they know something about Lena that should make the plan foolproof, the Cheo's defiance is a major setback. It is a situation that calls for extreme measures.

Luckily, Flanagan has considerable experience in this area . . . 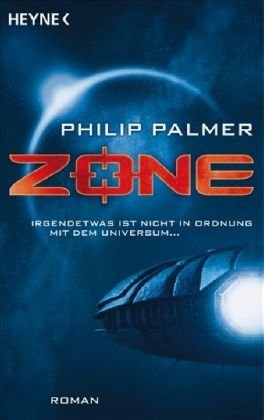 3
Short story or small novel about space pirates on a planet luring and robbing ships
9
Short story or book about a space crew on a broken ship who were capturing alien animals for a zoo
3
Book involving an orphan who becomes a spacecraft gunner
7
Sci Fi movie about space battle against aliens that I watched on a VCR
15
Science Fiction book identification Series with smart-ass AI
3
Pre-1979 hard sci-fi children's or YA book with boxy functional spaceships
4
Book with blue six fingered aliens, Earth is xenophobic