I don't remember the exact details of the book, but I read it around 2008/9, and believe it was quite new.

I don't remember the title, but I was under the impression it was called Hunted or something (although Wikipedia and Google searches have left me with nothing).

The book involved people who took care of children (I believe it was usually one child to a carer) and the children received some sort of medical treatment to keep them young. However the general population didn't have kids (due to being infertile I think) and rent these kids for a day.

Escape from their carers and try to shut down the system.

The book cover had a triangular street sign on it, in a dark road with only the street sign and a little bit around it lit up, and on the sign was a child and possibly an adult or another child.

I believe the protagonist (who was one of the people stuck in a child's body) was over a century old.

It's The Hunted by Alex Shearer. 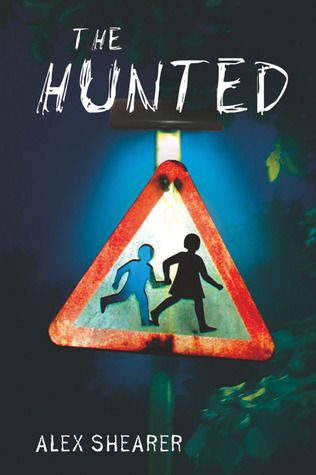 In a future world where people live to be 150, humans have paid the price for their longer lives—the cost being their fertility. Children have become a commodity: they are bought and sold, won and lost, and worst of all, are hunted by the "kiddernappers" keen to make a quick buck on a big sale.

When Deet wins Tarrin in a card game he rents him out to childless couples. They pay for Tarrin to play in their houses, and they pretend he's their child for an hour or two. But as Tarrin gets older, Deet is keen to secure his future, and his interest in "The Peter Pan" operation grows. By having "The Peter Pan," Tarrin would stay a boy forever. He would grow old inside the body of a young boy.

While Tarrin faces a difficult dilemma, someone is watching him. Someone who has plans of his own.