What stories and characters are referenced in this painting of a Science Fiction and Fantasy Lounge?

This image depicts a fantasy version of the Storm Crow Alehouse, a real-world fantasy themed tavern. This one is obviously filled with various references to fictional works. Can we identify the whole list of them? 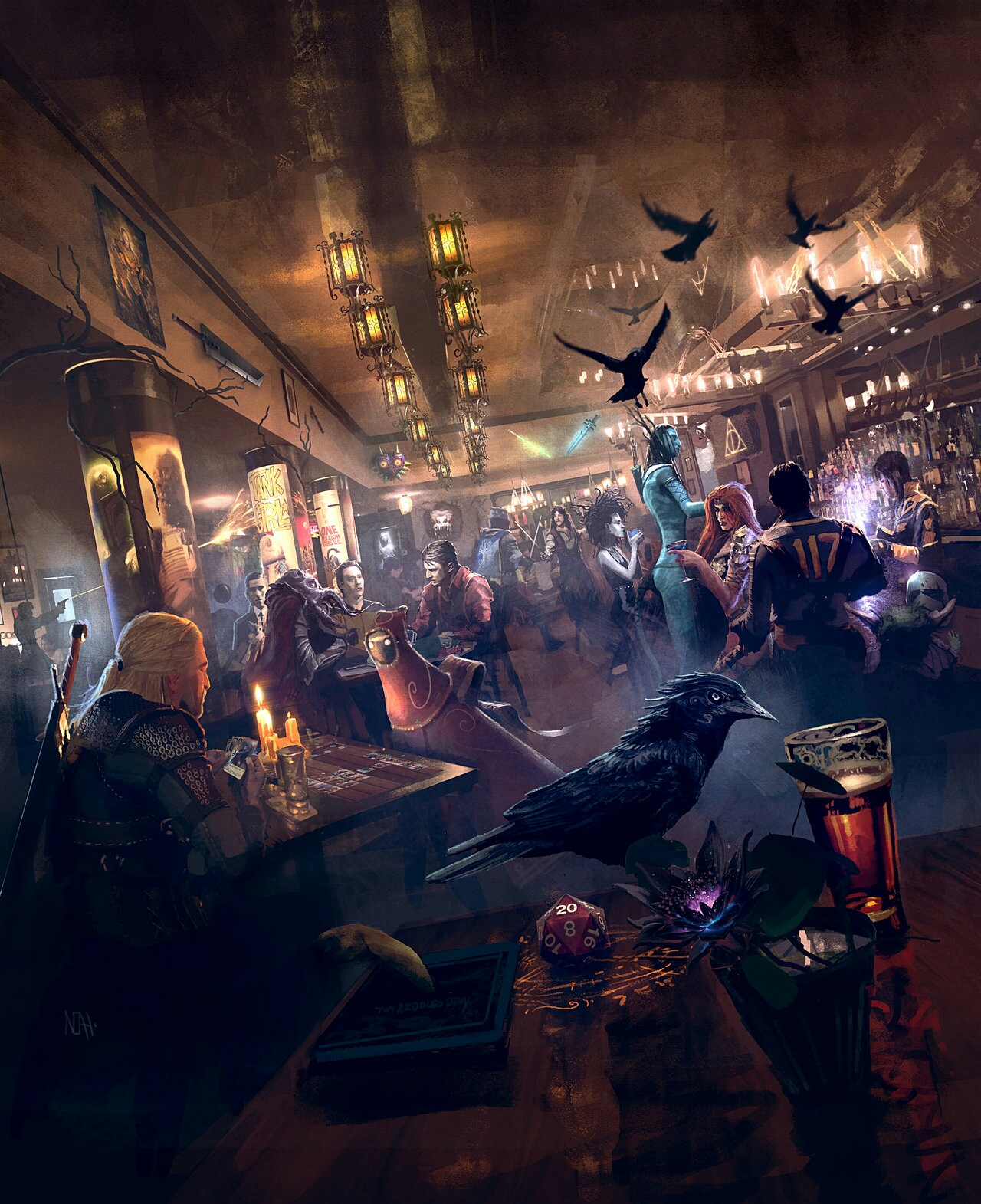 Click for full resolution, or visit the artist's page.

I'll add a rough coordinate grid drawn on top of the image so it's easier to name which parts of the image we're talking about. (There's so many objects and characters in this image and it's hard to tell which ones are significant that I don't dare to number them individually: I'd surely leave some of them out.) 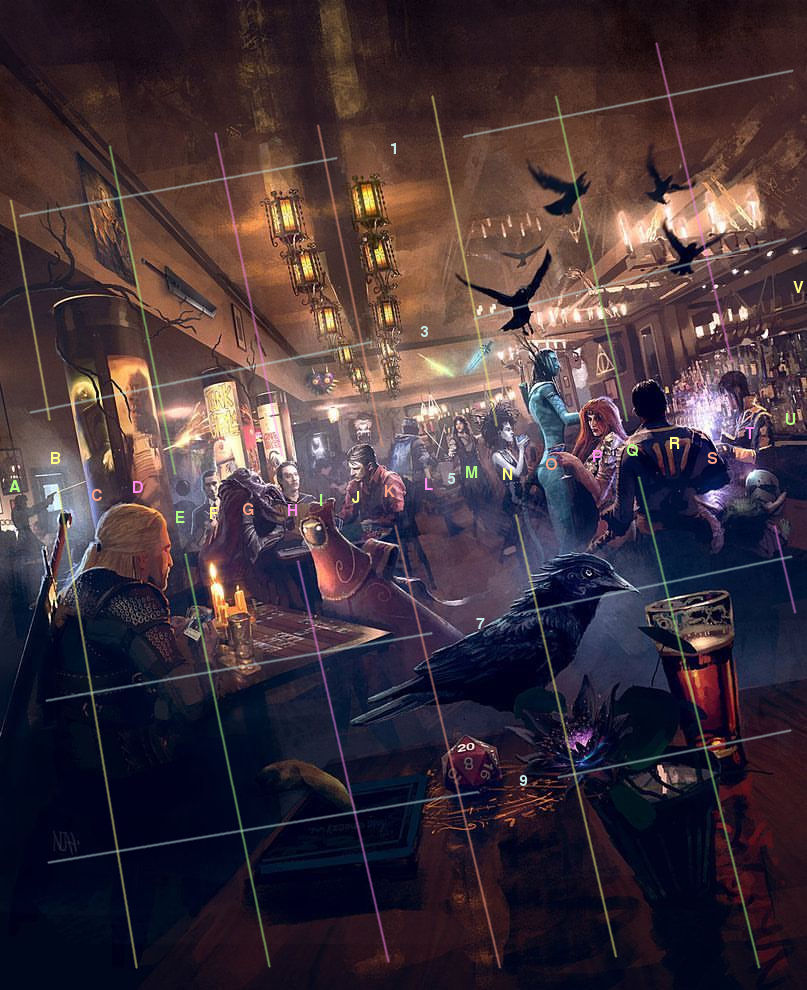 Posters on the columns

Table in the middle

(This is a community wiki answer. If you can identify even just one item, feel free to edit it, or leave a comment if you don't have edit privileges.)

I think I identified all the revelant persons and objects. All are from left to right. As I made this a community wiki, feel free to fix it where wrong.

21
What ships are on this T-Shirt?