Does the ghost ship from Star Trek: Voyager appear in Enterprise?

Watching through Voyager for the first time since the 90's, I noticed something.

In season 5 episode 18 (The Fight), the crew encounter a "ghost ship" in which its crew have been long since deceased. However, their ship design looks awfully familiar... 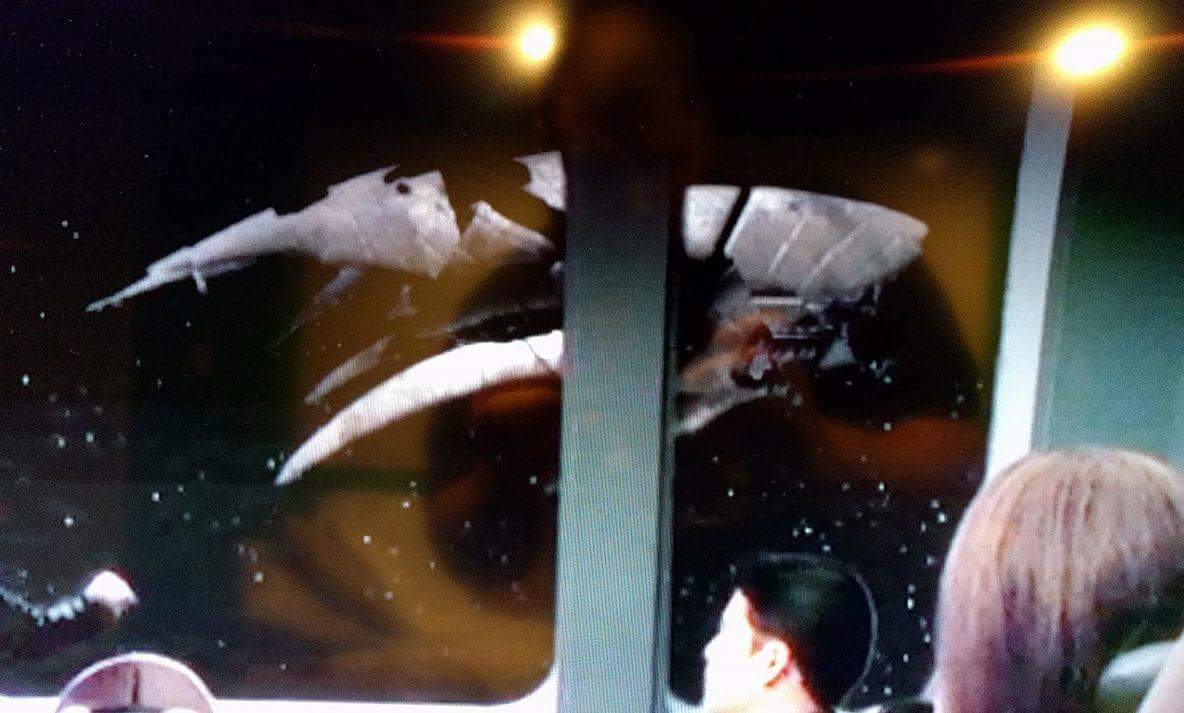 Now compare that ship to the drone ship in the Romulan story arc in season 4 of Enterprise... 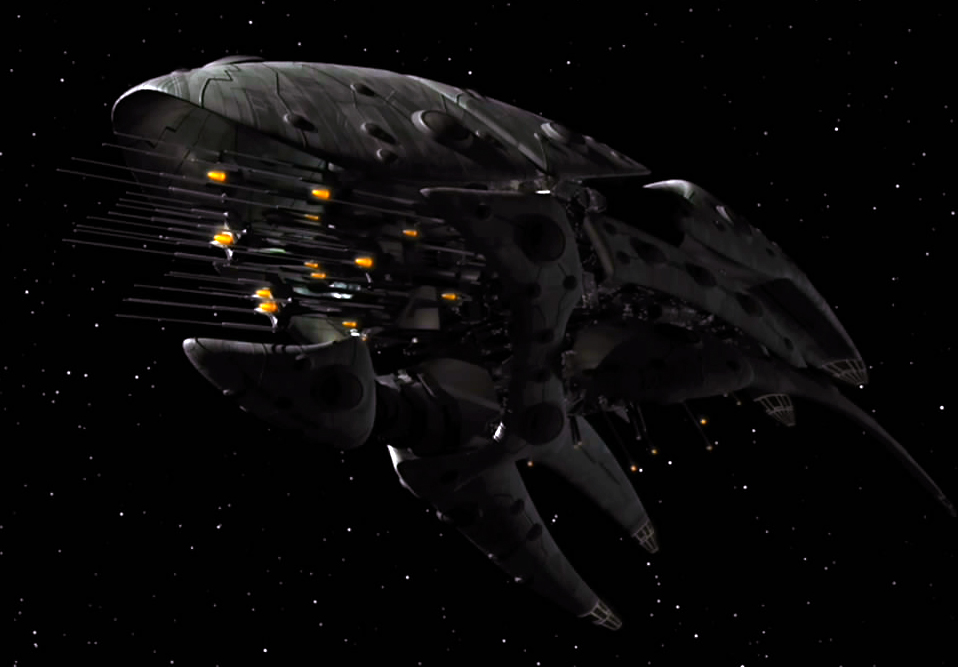 Pretty close, minus a few bells and whistles.

In Voyager, they never say they're Romulan. Just "the aliens". I would surmise that finding Romulans in the Delta quadrant would have been an interesting plot point to just leave it out.

My guess is they wanted to save money in Enterprise season 4 so they reused an old and obscure CGI model and gave it some pimples.

I haven't dug too deep into the production histories of either show. Has anyone else ever noticed the similarities between these ships?

According to Memory Alpha, the answer is that this ship has been recycled not once, but twice since its original appearance as a "ship hulk" in Voy: The Fight, making a second appearance in Voy: Natural Law (as an "unnamed Ledosian ship") and then finally in Enterprise as "Romulan Drone Ship".

I can't really do any better than quoting directly from the wiki article for the Drone Ship, itself drawing heavily on quotes from the Star Trek: The Official Starships Collection magazine.

The Romulan drone ship was a reuse of the chaotic space hulk from VOY: "The Fight". This was at the behest of the ENT producers, who selected the design from an Eden FX catalogue of all the obscure models available to them for potential reuse. The producers thought the reuse of the chaotic space hulk could be justified because its previous appearance had only been a fleeting glimpse of it and had been more than six years prior, though the primary motive for recycling the design was to save money. Robert Bonchune, from Eden FX, agreed with the reuse, not only owing to the quickness of its previous appearance but also because it looked extremely different from the ships depicted before, which was important because the visual uniqueness of the ship matched how it had been described in the "Babel One" script. (Star Trek: The Official Starships Collection issue 39, pp. 13 & 14)

The ENT art department created a drawing of the vessel's exterior in a primarily green Romulan color scheme and with the ship's surface covered in holographic emitters. After this was approved, the image was passed on to Robert Bonchune. According to him, the craft was then given a memorable nickname. "I got a sketch of that ship as a Romulan ship," Bonchune reflected. "John Eaves [I think] wrote 'FLEA' on it and that's what it became known as. But officially it was the Romulan drone and that is it." (Star Trek: The Official Starships Collection issue 39, pp. 13-14)

After receiving the illustration, Rob Bonchune began modifying the relevant computer-generated model at Eden FX. "I could have had our modelers Pierre [Drolet] or Koji [Kuramura] do it," noted Bonchune, "but that would have just added to what was on their plates." Since Bonchune himself was already working on the ship's modifications, he opted to continue doing so. (Star Trek: The Official Starships Collection issue 39, p. 14)

Because importance was still placed on budget-saving, Rob Bonchune didn't spend too much time altering the ship's CG model. "I was changing colors, adding antennas, and rebooting the lights, without rebuilding it [....] All those things were in place. It was really just changing colors," he explained. "I illuminated some antennas I didn't like and changed the internal lighting." The biggest differences in the CG model took place because, in the six years since it had originally been built, processing power had greatly increased. This allowed Bonchune to make the holographic generators on the hull as elaborate as he wanted. Thus, the model took advantage of the relatively new ability to turn on ray-tracing lights, which had been impossible to do for episodes of Star Trek: Voyager due to insufficient render power. "So I upgraded the lighting," stated Bonchune. "I put some interactive light in for the holoprojectors and we could have them glowing, and I made some changes to the point lights at the end of the bigger antennas. It didn't take long. We gave them exactly what they wanted – a ship that cost virtually nothing." (Star Trek: The Official Starships Collection issue 39, p. 14)

Note that this answer is out-of-universe only. These ships aren't intended to be related, and some effort was made to change them slightly so that casual fans wouldn't notice the re-use.

Not the answer you're looking for? Browse other questions tagged star-trek star-trek-voyager star-trek-enterprise or ask your own question.

29
How does the 2009 Star Trek film mesh with Enterprise canon?
24
What was the reason behind Kes being removed from Star Trek Voyager?
11
Was this character from Star Trek Beyond on Archer's ship?
43
What's that ship in the opening credits of 'Star Trek: Enterprise'?
10
Why are the crew surprised at Romulan cloaking technology in the “Enterprise Incident”?
15
Which Star Trek series main ship had the best survival rate?
6
Did the NX-class refit actually appear in the “Star Trek: Enterprise” TV series?
8
Who voiced Leonard the Iguana in Star Trek: Voyager?