Why didn't anyone notice that stocks of Wildfire were very low?

Unmarked spoilers for those who have not read ASOS and ACOK. Proceed at your own risk.

The review of inherited assets by the Rebels

In AGOT: Eddard IV we see:

"The Crown is more than six million gold pieces in debt, Lord Stark. The Lannisters are the biggest part of it, but we have also borrowed from Lord Tyrell, the Iron Bank of Braavos, and several Tyroshi trading cartels. Of late I've had to turn to the Faith. The High Septon haggles worse than a Dornish fishmonger."

Ned was aghast. "Aerys Targaryen left a treasury flowing with gold. How could you let this happen?"

This implies that after the victory in Robert's Rebellion, the leaders took a full measure of what did the former Monarch leave in inheritance e.g. monetary assets. They must have also taken a review of the state of defensive assets like wildfire reserves, the pride of Aerys Targaryen.

We know that afterwards, the unexpected discoveries of hidden wildfire caches were kind of a normal thing in KL.

"No, no," Hallyne squeaked, "the sums are accurate, I swear. We have been, hmmm, most fortunate, my lord Hand. Another cache of Lord Rossart's was found, more than three hundred jars. Under the Dragonpit! Some whores have been using the ruins to entertain their patrons, and one of them fell through a patch of rotted floor into a cellar. When he felt the jars, he mistook them for wine. He was so drunk he broke the seal and drank some."

"There was a prince who tried that once," said Tyrion dryly. "I haven't seen any dragons rising over the city, so it would seem it didn't work this time either." The Dragonpit atop the hill of Rhaenys had been abandoned for a century and a half. He supposed it was as good a place as any to store wildfire, and better than most, but it would have been nice if the late Lord Rossart had told someone. "Three hundred jars, you say? That still does not account for these totals. You are several thousand jars ahead of the best estimate you gave me when last we met."
A Clash of Kings: Tyrion XI

Notice that Hallyne says another cache has been found which means there must have been previous such discoveries as well. Tyrion however doesn't suspect any foulplay and seems to think that it was merely there for storage purposes.

The Magnitude of the effort

So His Grace commanded his alchemists to place caches of wildfire all over King's Landing. Beneath Baelor's Sept and the hovels of Flea Bottom, under stables and storehouses, at all seven gates, even in the cellars of the Red Keep itself.

"Everything was done in the utmost secrecy by a handful of master pyromancers. They did not even trust their own acolytes to help. The queen's eyes had been closed for years, and Rhaegar was busy marshaling an army. But Aerys's new mace-and-dagger Hand was not utterly stupid, and with Rossart, Belis, and Garigus coming and going night and day, he became suspicious.
A Storm of Swords: Jaime V

This shows the magnitude of the effort. A lot of wildfire must have been needed to see this accomplished and a lot of days as well, given how much the King was visited by the pyromancers during all this time.

So evidently, the stockpile of wildfire must have dropped to a very low level.

Yet after the Rebels took the city, none of the rebel leaders thought while naturally taking a review of the assets of the monarchy "Hey, that's weird. Aerys was notoriously obsessed with wildfire, showed remarkable favor to the Pyromancers so there must have been plenty of that in the stores. The Mad King left plenty of gold so he could afford it, right? No wildfire was used against us and yet there's not enough in the stock pile. Where did it all go?" 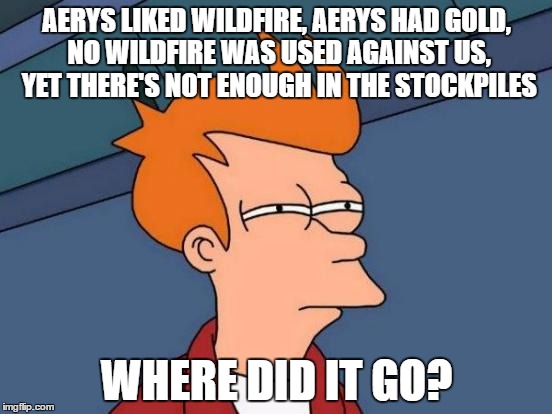 Then in eventual accidental discoveries of the hidden caches, no one seemed to suspect something fishy going on. 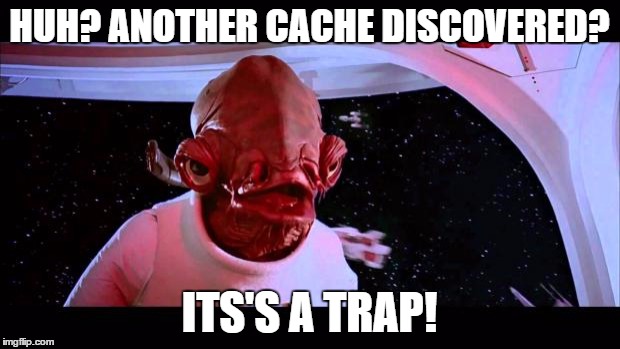 They should have been suspicious about the status of wildfire stocks just by reviewing the numbers and books in the aftermath of the Rebellion's success. The Pyromancers kept tallies after all as evident from when Hallyne visited Tyrion. They couldn't have possibly destroyed all records — that alone would have been very suspicious — while keeping the records would have given away that a lot of wildire pots were missing. Yet the Rebels weren't suspicious at all. Why was that?

Hallyne tells Tyrion this earlier, in Tyrion V of ACOK:

“Oh, but it does,” said Hallyne. “There is a vault below this one where we store the older pots. Those from King Aerys‟s day. It was his fancy to have the jars made in the shapes of fruits. Very perilous fruits indeed, my lord Hand, and, hmmm, riper now than ever, if you take my meaning. We have sealed them with wax and pumped the lower vault full of water, but even so . . . by rights they ought to have been destroyed, but so many of our masters were murdered during the Sack of King‟s Landing, the few acolytes who remained were unequal to the task. And much of the stock we made for Aerys was lost. Only last year, two hundred jars were discovered in a storeroom beneath the Great Sept of Baelor. No one could recall how they came there, but I‟m sure I do not need to tell you that the High Septon was beside himself with terror.

“This morning the Wisdom Munciter told me that we had seven thousand eight hundred and forty. That count includes four thousand jars from King Aerys‟s day, to be sure."

Hallyne says that it was their opinion that under Aerys II they had too much wildfire (saying they ought to have destroyed it). But then, most of them were lost since the masters who knew where they were had been murdered in the Sack of King's Landing. The remaining masters were all young and just made masters; they probably didn't know about Aerys's jars. The masters who did know where they were knew that they'd lost them, but thought it was all for the better.

So the older masters did notice, they simply didn't care. From the second quote we see that Aerys's jars made only about half of their stocks; without those they had plenty of wildfire.

Even the 3,840 jars not made by Aerys is a LOT of wildfire. Robert would think this is more wildfire than normal; and he would be occupied with governing the Seven Kingdoms.

Jaime killed the people knowing the score during the fall of King's landing. Source:

The three wisdoms during Robert's Rebellion were Lord Rossart, Garigus and Belis. King Aerys tasked them with creating a vast quantity of wildfire to potentially destroy King's Landing, should the war be lost. When Lord Qarlton Chelsted, the Hand of the King, opposed the plan and renounced his duties in disgust, Aerys had him burned to death with wildfire and made Rossart as his next and final Hand.This was one of the reasons why Ser Jaime Lannister slew both Rossart and King Aerys during the Sack of King's Landing. Days after the Sack of King's Landing, Jaime Lannister hunted down Garigus and Belis and killed them.

13
Jaime Lannister - "I have dreamed this dream before"
40
Are the Lannister siblings really who they say they are?
13
Is wildfire magical or chemical?
43
Did Tyrion use all the Wildfire?
11
How does Varys explain his failure to save Rhaenys?
11
Who was Aenys II Targaryen?
19
Why didn't Jaime Lannister tell everyone about Aerys's wildfire plans?
25
How well-known was Aerys Targaryen's madness outside the noble class?
8
Why didn't Aerys II or Rhaegar let the world know that Rhaegar married Lyanna?
30
Is Jaime Lannister younger than Cersei Lannister?