Which Star Wars film character has the highest ratio of derivative works to screen time?

There have been several stories (and even entire novels) based on characters appearing in the 8 theatrical Star Wars films (Episodes I-VII and The Clone Wars movie).

Which character gets the most interest from derivative works (such as Disney-canon or Legends-canon novels, comics, etc) relative to their actual screen time?

For example, IG-88 has less than a minute of screen time and no lines, yet he makes an appearance in no less than 31 derivative works, including a short story devoted to the character, explaining his back story.

Time on film: about two seconds

He's a background character in The Phantom Menace. He was originally just a random extra, but later on a character was created based on his appearance.* 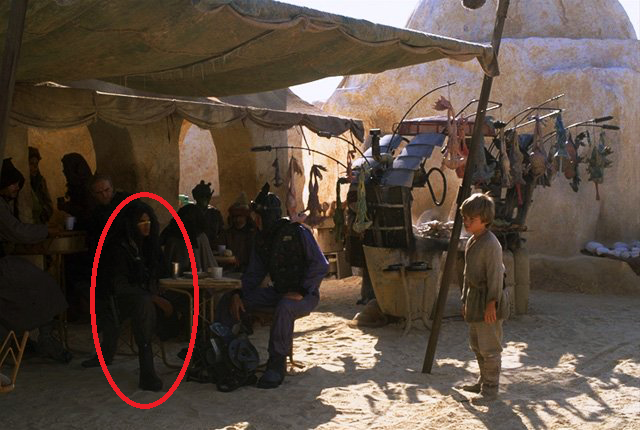 Note that I am not counting film adaptations**, comic covers where Quinlan Vos doesn't appear in the comic itself, or instances where a character simply mentions him in passing, but am counting flashbacks, holograms, and visions.

* Quinlan Vos came about because comic creators John Ostrander and Jan Duursema had a character in mind and were specifically looking for a background character from The Phantom Menace to use for his appearance. John recalled it this way:

We had already done some creation of the character and Jan wanted him to be connected to TPM --- which had appeared in the movie theaters by that time. LFL agreed we could use a background character. Jan [spotted] him while watching the movie. She can see a hummingbird flap [its] wing. I'm totally serious about that. >I< didn't spot him until [TPM] was out on DVD and THEN I had to freeze frame to it.

** I am including one issue of the Episode III comic adaptation because Quinlan Vos appears there, but the corresponding scene of him dying during Order 66 was cut from the film itself (an unfinished animatic was released as a DVD extra). The film still has a brief moment where Obi-Wan mentions the character by name saying: "Saleucami has fallen, and Master Vos has moved his troops to Boz Pity."

I think @Thunderforge Nails it, but here are some runner ups:

Note: times are estimates, but should be pretty accurate. Also, I'm not including mentions in the appearances. 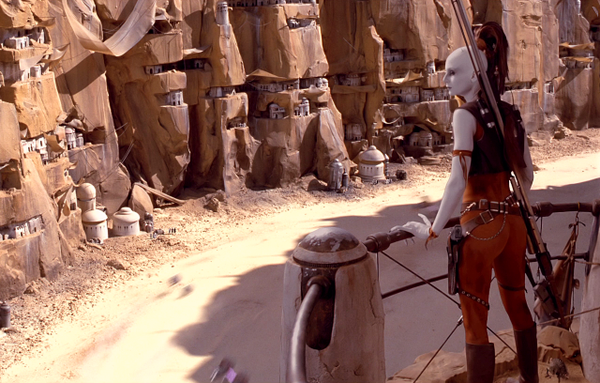 Depa Billaba: 37 appearances / 3 seconds = 12.3 8 seconds = 4.6 EDIT: you see her in The phantom menace, but the back of her head also makes an appearance in Attack of the Clones, which reduces her total score 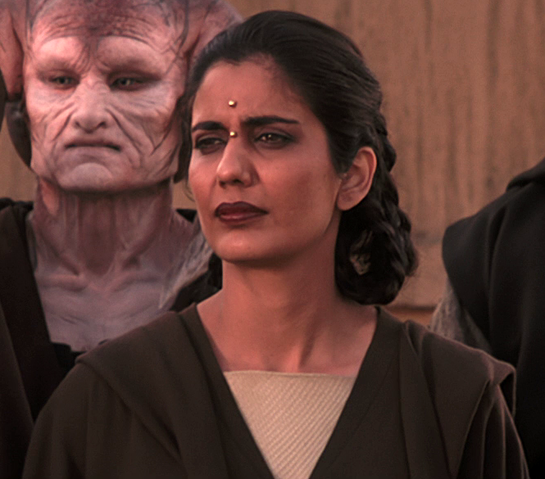 Dengar: 49 appearances / 10 seconds = 4.9 While not an impressive ratio, he is only present for a single shot of him in the distance. We don't even see his face! 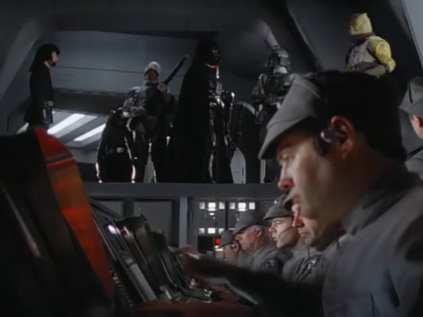 When I first read about him, I thought I had found a winner,

Davin Felth is the stormtrooper who says "Look sir, droids!" in ANH, unfortunately, this site prooves that he's got a lot more than half a second of screen time! He does make 12 other appearances though. 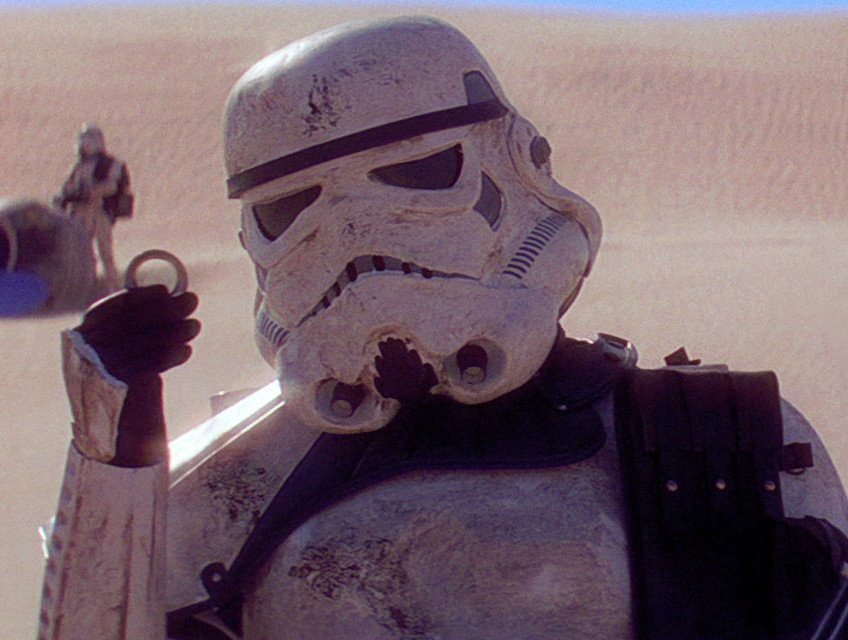 Ewoks: Ewoks ran for about 35 episodes and included a number of ewoks that appeared in ROTJ, however, from what I can tell, most ewoks have at most about 45 appearences outside of them films and at least 20 seconds on film, which doesn't bode well for them.

Cantina Patrons: A few cantina patrons have pretty fleshed out backstories, unfortunately, due to the long panning shots and reused characters in this scene, and the fact that only a couple make more than a few appearances: only one stands out: Kardue Malloc has 1.5 seconds of screen time and makes 14 non film appearances. 9.3 is his ratio.

Stormtroopers Only a few stormtroopers have more than a couple non film appearances, making this one a tough catagory.

Rebel troops Not too sure on this one, but I do know that a lot of extras were reused in multiple scenes, so one character might have a lot of screen time.

107
How is canonicity of derivative works determined for Star Wars?
23
Has the Star Wars universe caught up to our time?
12
Did Disney officially call Legends/EU material "Not canon"?
119
Which wars are "Star Wars"?
67
Are Stormtroopers paid or rewarded in any way for their service?
10
Which Star Wars character is this small green chibi?
4
Which shot first on screen, the Tantive IV or the Devastator in the original Star Wars?
7
Which Star Wars character is this figurine?